A brother is one of the greatest people to have in life. They provide someone to hang out around, spend time with, and support through the good times and the bad. Also, a brother is someone to compete 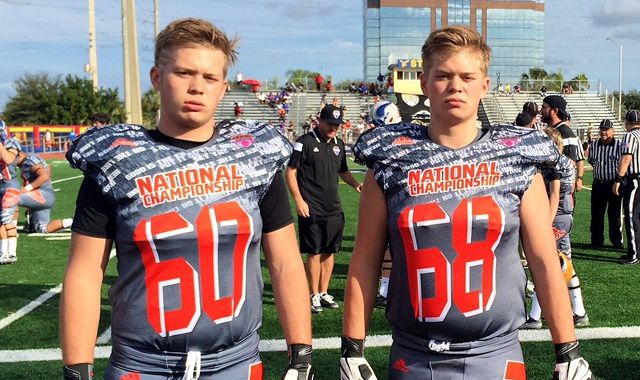 One can only imagine what it is like for twin brothers Nick and Luke Child, the respective left and right tackles for the Utah team that scorched the scene of the FBU National Championship Tournament this past year.

In the tournament, both Nick (6’4,” 245 pounds) and Luke Child (6’3,” 245 pounds) enjoyed ample playing time on a team that definitely exceeded expectations. Regardless of being from Utah, a lesser-known football state, these two helped to dominate the line and get their team all the way to the FBU National Championship before falling to Broward County.

“I’m going to work hard this offseason taking what I learned from the National Championship Tournament to hopefully get better,” said Lucas Child.

However, it is only natural that these twins would end up playing football and terrorize the field together. Their father, Truman Child, was on the special teams unit for BYU in his day, and could punt the ball over 70 yards. Also, he nailed down quite a few 50+ yard field goals in both high school and college. Though his two boys are not special teams experts, their prominence on the line throughout the FBU Tournament was instrumental to the team’s success.

Interestingly enough, both of them had very similar comments on their time spent with the team, as well as how the speed of play increased on a national, more difficult level of play. They both stated that the speed going off the line of scrimmage had increased, but it was something that made them better as linemen.

“Loved it. I enjoyed the better competition & physicality,” said Nick Child. “Seemed like it raised my game going against better players.”

I loved the experience though; I loved seeing all of the familiar faces from before from all of the camps,” said Lucas Child. 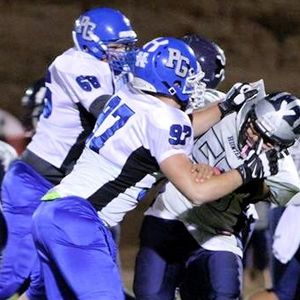 Now, after having done exceedingly well in one of the most exclusive tournaments for youth football, the Child twins will be playing together again for Pleasant Grove High School in Utah. However, they both know that one thing will be very important to do in the offseason to make that transition: improving.

“As of things I need to improve, it’s really just to keep doing what I’m doing,” said Lucas Child. “I’m surrounded by great coaches in my off season. I just take the pain, and use it for fuel. I can improve with technique because it is only my second year of football, and I will get it down after I work hard for a little while.”

“Work out with a trainer 3-4 times per week,” said Nick Child. “Workouts are mix of speed, core and strength training.”

The Child twins also plan to attend a number of football camps together in the offseason. Also, they are both fans of the game of basketball. Lucas plays power forward while Nick plays both the forward and center positions.

They also have similar goals for their future as far as football goes. They both have Utah pegged as their first choice for a college right now, and seem determined to act on that gut feeling.

Regardless of what Nick and Lucas Child do, it seems like their best successes come when they are out on the field together to compete with and motivate each other. Hopefully, as far as football goes, they can continue to dominate at Pleasant Grove High School and get the attention of the University of Utah to make those dreams of playing together at the collegiate level turn into a reality.