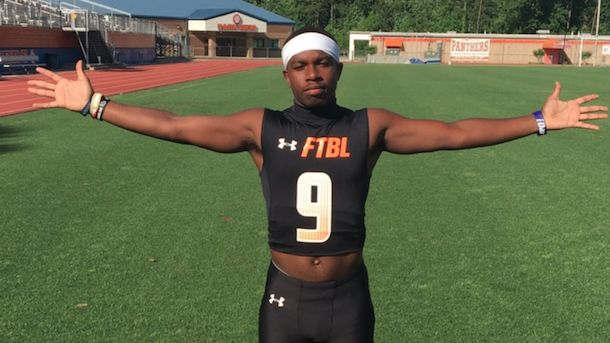 Among the premier athletes from the 2022 class is Georgia QB/DB Terian Williams II, who has picked up the nickname "The Playmaker" for the type of impact he has on the football field.

"I was given the nickname of “The Playmaker” by Georgia Prep Journal," Williams II told Youth1.com.

Williams II's versatility allows him to be one of the most impactful players in his class. He makes a difference in all facets of the game. This level of versatility has helped Williams garner the attention of many top college programs in the nation.

Earlier this summer Terian picked up another D1 offer, making it his 8th thus far. Pretty impressive for a rising 10th grader. 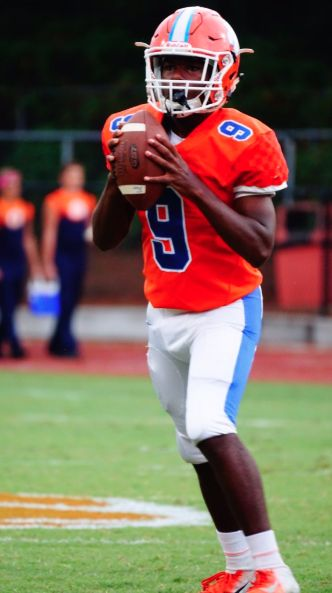 "Being offered as a 8th/9th grader simply means teams and coaches see potential in my abilities on and off the field as well as projecting where I will be my senior year 2022. It’s about trusting the process, developing and continuing to build relationships with coaches so that when the time comes I will be able to make an intelligent and educated choice in terms of where I will attend school," he added.

The Lilburn, GA resident is no stranger to the attention that comes along with being such a tantalizing talent. Scouts, talent evaluators, and those in youth football circles have been eyeing Terian's stellar playmaking ability for years.

Youth1 was one of the first to recognize Terian as an elite youth talent back in 2017, when he made the Top 3 in our Elite101 rankings. For those unfamiliar, the Elite101 rankings serve as a valuable resource in pinpointing the nation's absolute best athletes entering their 8th grade seasons. Williams has done nothing but continue to prove that he's worthy of such a lofty ranking. Terian was also named to Youth1's Freshman450 last fall.

"In terms of getting better, I’ve been doing a lot of film study, working on my top end speed and weight training," Williams II said.

"At QB, I am working on releasing the ball quicker, going through my progressions, reading defense, and pre-snap reads. At CB, I’ve been working on turning my hips, backpedaling, breaking on the ball, and tackling in space," he added.

Now at 5'11" 175-pounds, Williams has really developed since Youth1 began covering him. His awareness at the QB position is remarkable. He feels pressure better than most QBs his age. He reads defenses instantly and quickly decides how to dice up his opponent. Whether it's using his arm to deliver a pinpoint pass, or using his 4.6 speed to scamper away from defenders, Williams will make the right play for his team.

He's had a busy Spring/Summer working on his game and competing against other athletes from around the nation. Williams has been selected to participate in many of the nation's elite events including, the Under Armour All American Camp, Rivals 3 Stripe Camp, Elite 11 Camp, and the Nike Opening. He was also selected as an Adidas Freshman All American.

Williams attends and plays for Parkview High in Lilburn, GA, where he gets it done both on the field and in the classroom. He takes the moniker "student-athlete" very seriously as he carries a 3.8 GPA, 1300 SAT score, and 24 ACT score.

"Spring was great, I ran track the 100, 200 meters and the 4x100 relay. Spring Football was great as well, two good weeks of practice that ended with our orange and white scrimmage game," Williams said of his work so far during the offseason.

Williams is the rare combination of both humble and confident. He holds his own talent in high regard, but is by no means cocky. In fact, far from it. Williams holds himself to a high standard and is dedicated to being the #1 athlete in the 2022 class.

"I do consider myself as the #1 athlete in 2022 because of my versatility," Williams said.

"I think Quarterback and Cornerback are the most challenging positions in all of sports. When you play those positions 7A in Georgia (especially Gwinnett County) you’re playing the best of the best in the country," he added.

As the D1 offers continue to pile up, Williams is appreciative of these college programs showing belief in what he brings to the table.

"I was excited to receive an offer from all schools that offered and expressed an interest in me, however If I had to choose one, I would say Howard University," Williams told Youth1.com.

"They offered me in the 8th grade. I was thrilled just to think that a college knew of me, much less offered me a scholarship.They saw something in me before I started playing on Friday nights," he added.

2022 QB/DB Terian Williams D1 offers continue to pile up. While some might let this early success go to their head, Williams remains focused on accomplishing his goal of being the best of the best.

"I plan to continue my growth and development at the QB and DB position. As I start my sophomore season my goal is always to be the best. The big goal I am working towards is the state championship," Williams said.

For more on Terian Williams II, check out his Youth1 Media Profile -> here.