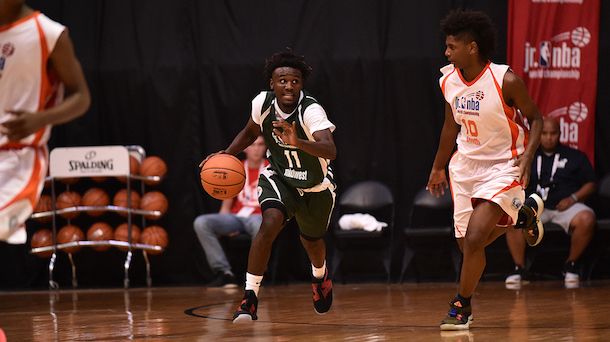 NEW YORK, Dec. 18, 2018 – The National Basketball Association (NBA) today announced details of the second annual Jr. NBA Global Championship, a youth basketball tournament for the top 13- and 14-year-old boys and girls teams from around the world that will be held Aug. 6-11 at ESPN Wide World of Sports Complex at Walt Disney World near Orlando, Fla.  Thirty-two teams will participate in a week of on-court competition and off-court programming centered on the Jr. NBA’s core values of teamwork, respect, determination and community.

The NBA will introduce a new layer of local competitions, including more than 20 local tournaments – 14 of which will be hosted by NBA teams in their respective markets – to expand the pool of participating boys and girls teams in the U.S.  Long-time league partner and leading basketball stakeholder USA Basketball will enhance all domestic competitions and help increase accessibility by accrediting local tournaments, again licensing participating coaches, supporting all eight U.S. regional tournaments and promoting best practices through the implementation of the NBA and USA Basketball Youth Guidelines.

Qualifying competitions will tip off in January 2019 and run through June 2019.  In the U.S., the winning boys and girls teams from each of the new local tournaments will advance to one of eight regional tournaments in the spring.

The international competition, which will once again leverage the Jr. NBA’s extensive global reach, will expand to additional countries and territories.  Top players from the Caribbean will now have the opportunity to compete alongside players from South America for a chance to represent Latin America in the Jr. NBA Global Championship.  The Asia Pacific regional competition will expand to include youth from Australia, Indonesia, Malaysia, Philippines, Singapore, Thailand and Vietnam.

The winning boys and girls teams from each of the eight U.S. regional tournaments (Central, Mid-Atlantic, Midwest, Northeast, Northwest, South, Southeast and West) and the boys and girls teams representing the eight international regions (Africa, Asia Pacific, Canada, China, Europe & Middle East, India, Latin America, and Mexico) will receive all-expenses-paid trips to compete in the culminating event in Orlando.  U.S. teams will have the opportunity to register online for a chance to compete in their respective regional tournament.

FOX and FS1 will televise the Jr. NBA Global Championship in the U.S. as part of the multiyear agreement launched last year, while Tencent, the Exclusive Official Digital Partner of the NBA in China, and China Mobile Migu, the Official Telecom Carrier Immersion Platform of the NBA in China, will livestream the Jr. NBA Global Championship in China.  Additional international media partners will be announced at a later date.

Returning to Orlando this August with games on @FOXSports! Are YOU ready??