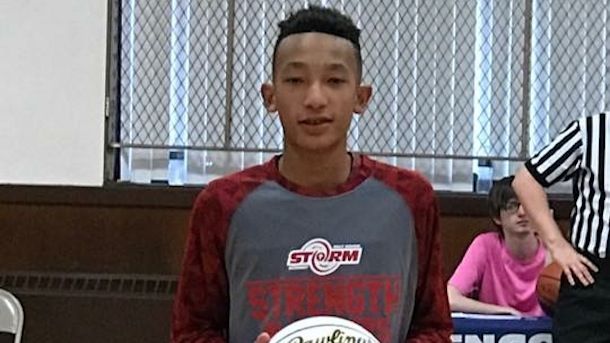 The championship plaques and trophies in the hallway, the retired jerseys in the glass case and the banners hanging on the gym walls tell you all you need to know about the Holy Savior Academy basketball program.

The tradition of excellence by the student athletes at the middle school in South Plainfield, N.J. is serious business.

While many outstanding players have suited up for Holy Savior (formerly  known as Sacred Heart), none of them reached the level of success of Elijah Barlow. 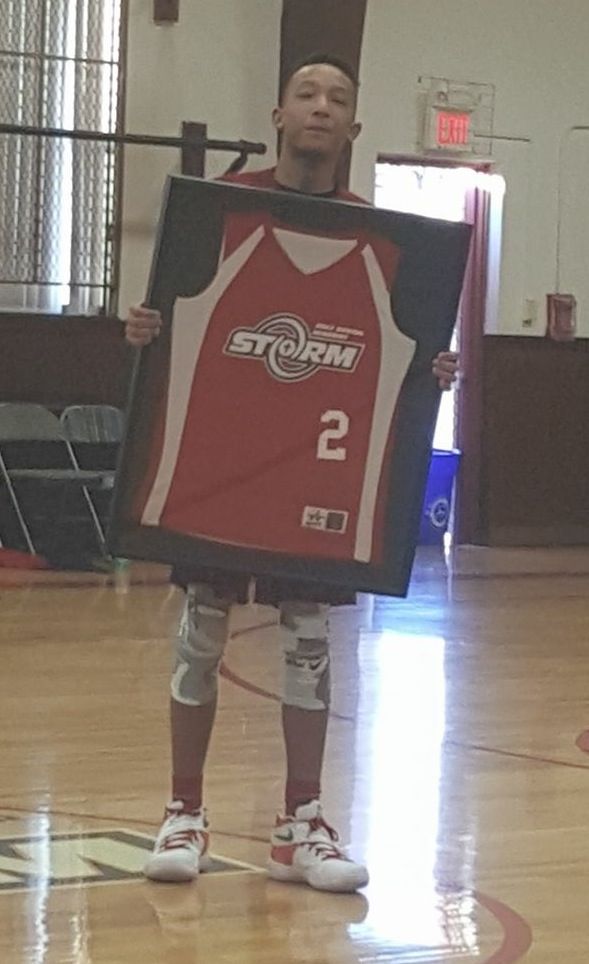 The current eighth grader has served as the heart and soul for the Class of 2021 team, which has won over 100 games and captured six straight Catholic Youth Ministry championships. He finished his career with 1,312 career points.

“My team is good because we all work hard in practice and we play aggressive defense, which leads to great offense,” Barlow said.

In addition to their success in the CYM league, the Storm have won various tournament championships around the state with Barlow earning more than his fair share of MVP awards along the way.

“It feels great that I have achieved these accomplishments, but this is just the beginning of many more to come,” Barlow said.

The 5-foot, 8-inch point guard received a career worth of recognition this season.

·         He joined former Chicago Bulls No. 2 overall pick Jay Williams and current Syracuse freshman Tyus Battle as students who had their jersey retired by the school.

·         He capped off his six-year run of remarkable play by being named MVP in the CYM championship game.

“I feel honored to be mentioned in the same sentence as Jason Williams and Tyus Battle because they were both very good athletes,” Barlow said. “I want to become just like both of them.

“It’s an honor to have my jersey retired while I’m still at Holy Savior. I hope this will help inspire and motivate others. I would like to thank my school for recognizing me.”

On the court, Barlow is a bundle of energy. He uses his speed to push the ball, creating easy scoring opportunities for himself and his teammates. He’s equally impressive in the classroom, getting inducted into the National Junior Honor Society in 2015 and making Principal’s List or Honor Roll every marking period this school year.

This spring, he will be playing AAU basketball for the New Jersey Roadrunners.

“I train with Eric Myrick and I’m always in the gym,” Barlow said. “I want to help my AAU team win at least three tournaments and become one of the best guards in my class. “