2030’s Ladetrick Willis Jr. is wise beyond his years on the hardwood | Youth1
Skip to main content

2030’s Ladetrick Willis Jr. is wise beyond his years on the hardwood

2030’s Ladetrick Willis Jr. is wise beyond his years on the hardwood 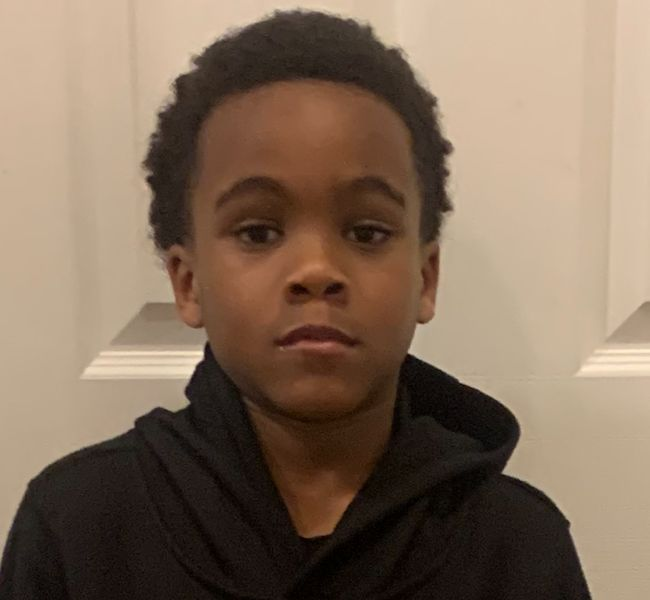 Ladetrick Willis Jr. is one of the best players from the Dayton, TX area in the Class of 2030.

The 4-foot-8, 50-pound Willis Jr., who attends Richter Elementary, is a dynamic player that works as a combo guard. 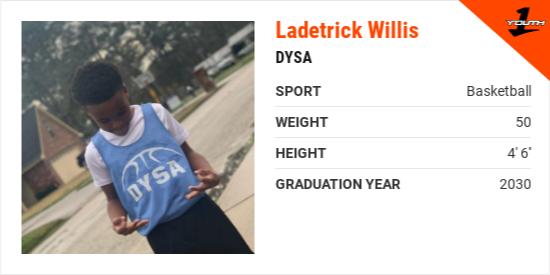 No matter the opponent, every game Willis Jr. is determined to give it his all.

Willis Jr. is going all out.

The motor is always at full throttle whenever Willis Jr. steps between the lines.

“My mindset at my position is to be a distributor and help my team win,” Willis Jr. said.

Willis Jr. has great passion and energy whenever he’s on the hardwood. Willis Jr. tells why he enjoys the game of basketball so much.

“I love to compete at a high level and dominate every time I get on the court,” Willis Jr. said.

Willis Jr. has learned many valuable lessons from playing basketball that he applies to his everyday life.

“Playing has taught me to set goals, dream big and that I can accomplish anything I set my mind to,” Willis Jr. said.

Ladetrick Willis Sr. is in his first year coaching his son with the DYSLA Tar Heels.

Willis Sr. explains the best parts of his son’s game.

“He is a pass first guard who can defend and has great athletic ability,” Willis Sr. said. “He can score from anywhere on the court.”

Willis Jr. takes his role as one of the leaders on the team very seriously. Willis Jr. makes sure he’s a daily positive influence on his peers.

“I don’t ask my team to do anything I won’t do. I get everyone involved in the game,” Willis Jr. said. “The best advice I give to my teammates is to be patient and hustle every play.”

Willis Sr. adds that his son is one of those consummate teammates that every squad needs to be successful.

“He talks a lot on the court and is a true floor general,” Willis Sr. said. “He makes sure his teammates are where they’re supposed to be.”

Willis Jr. is appreciative of having amazing male role models that are supportive.

“They’ve taught me that good character on and off the court will carry you a long way. Bring high energy every game. Great players never stop working on their craft,” Willis Jr. said. “The best advice I’ve gotten is that basketball is more mental than you think. Don’t force the game, but let it come to me.”

Willis Sr. is an advocate of his son’s capabilities.

“We were in a tight game and I just asked him to take the game over,” Willis Sr. said. “He scored the next 24 points of the game.”

Willis Jr. has a growing basketball IQ that helps him thrive.

Willis Jr. is on the grind to perfect and hone his craft in any way possible.

Willis Sr. explains why he compares his son to these all-time greats.

“He’s more like Kobe in his prime and Steph Curry because he is a lion at heart,” Willis Sr. said. “Both players have the ability to take a game over at any given moment.”

Willis Jr. patterns his mentality after Curry and another NBA MVP.

“I look up to Steph Curry, and a little of James Harden,” Willis Jr. said. “They both can take over a game just like me.”

Willis Jr. lists math as his favorite subject in school and one day hopes to attend Duke.

Willis Jr. is striving for greatness in all that he does.

Willis Sr. explains an area of Willis Jr.’s game that if improved upon can elevate his impact on the floor.

“Beating his man to the spot on defense,” Willis Sr. said. “Time and growth will work that out.”

Willis Sr. believes the sky is the limit as long as Willis Jr. continues to stay hungry.

“He can go play in the league one day if he continues to be a great student athlete,” Willis Sr. said.