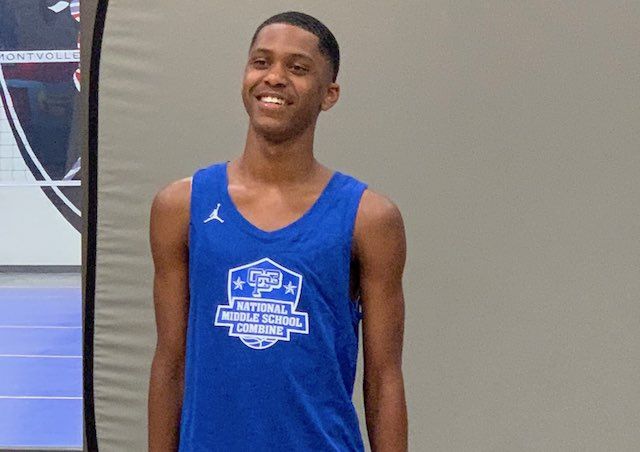 Peyton Wiggins is one of the best players from the Birmingham, AL area in the Class of 2025.

The 6-foot Wiggins, who attends W.J. Christian, is a dynamic player that works as a combo guard. 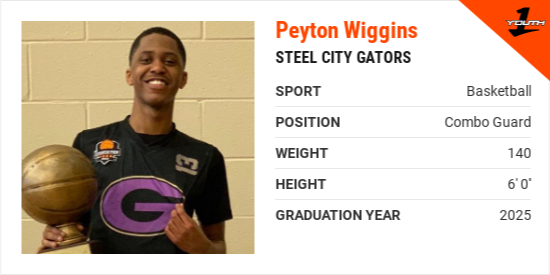 Wiggins has earned plenty of recognition during his career, such as:

-Icon Sports Combine (MVP and Future of the South 2025)

-Recognized by MSHTV (Middleschoolhoops.com) as a 2025 Middle School Elite prospect

Wiggins is humbled by the accolades.

“The recognition of those awards and all-star events means a lot. I have been waiting to get recognized since I started playing AAU and for those big events to come it was the best thing ever. It made me seem closer to my dream,” Wiggins said. “All were great experiences because I was able to see how I’m not the only one who’s considered to be one of the best in his area. Lots of talented players around. I spotted great talent even though I’m better, but it still reminded me to keep working.”

No matter the opponent, every game Wiggins is determined to give it his all.

Wiggins is going all out.

The motor is always at full throttle whenever Wiggins steps between the lines.

“My mindset at my position is to take over. I am the one who needs to have the ball at that tough moment or when it’s time to win the fight for my team,” Wiggins said. “I am fortunate to have really talented teammates though.”

Wiggins has great passion and energy whenever he’s on the hardwood. Wiggins tells why he enjoys the game of basketball so much.

“What I love most about playing this sport is how much fun it is. I don’t think any other sport can match the potential of basketball, especially fun wise,” Wiggins said. “The game is just amazing and when you play and start to really care for it, you are going to fall in love.”

Wiggins has learned many valuable lessons from playing basketball that he applies to his everyday life.

“What playing has taught me in life is that this can go the same way in school, jobs, or anything,” Wiggins said. “It taught me that working hard can take you a long way and effort as well. That's the same thing for anything in life.”

“I don’t really have a favorite memory of playing because all of them were really great,” Wiggins said.

Wiggins takes his role as one of the leaders on the team very seriously. Wiggins makes sure he’s a daily positive influence on his peers.

“I demonstrate being a good teammate by picking up my teammate when he’s down or he’s not in the right mindset. I try to be there for them in the good and bad just as they are for me,” Wiggins said. “The best advice I’ve given my teammate was that if he keeps working he will make it and be unstoppable, as long as you work and focus on the game.”

Wiggins is appreciative of having amazing male role models that are supportive.

“My coaches taught me that you should never be disrespectful, work at what I want, and never be anyone but myself. Stop playing to another person's level and make them come to mine,” Wiggins said. “The best advice my coaches have given me was that I can make it and really be that guy on the court if I push myself the way I need to. So basically push myself to the limit so I can be on top.”

Wiggins patterns his mentality after this two-time NBA Finals MVP.

“I look up to KD (Kevin Durant) because he’s basically just like me. He also never gives up and wants it in his hands during tough game times,” Wiggins said. “He is one of my best role models because he will do anything to get a dub, to get back on the court, and etc. He is dedicated.”

Wiggins lists math as his favorite subject in school.

“I love numbers. Reading is almost my favorite, but math is number 1,” Wiggins said. “It will help me in the long run with money and etc.”

“I think my dream college would be Kentucky because in my head right now it just is the right fit for me,” Wiggins said. “I like the coach a lot. He reminds me of my grandad and that’s a good role model.”

Wiggins is striving for greatness in all that he does.

“My goals on and off the court are to be the best. Do not give anyone a chance to think they are better than me because that can hurt you. So always be the best, is it for me,” Wiggins said.  Hopefully I can succeed in high school and have a chance to play on the next level. In 4th grade I told the entire school during a school graduation that I would play in the NBA. I’m going to keep pushing.”