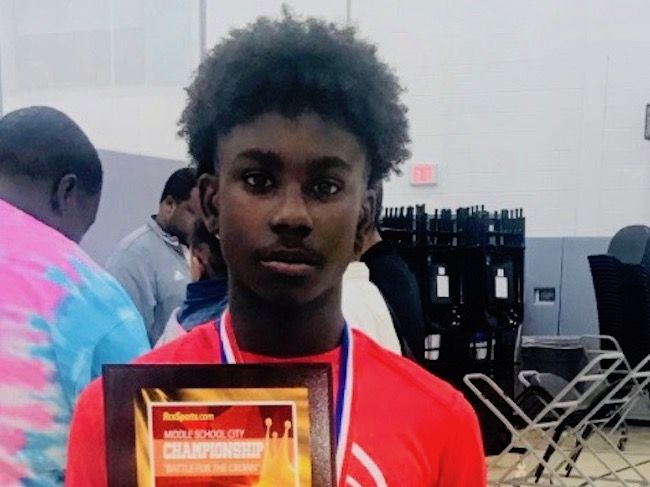 Keithon Leach is one of the best players from the Hitchcock, TX area in the Class of 2025.

The 5-foot-7, 127-pound Leach, who attends Crosby Middle School, is a dynamic player that works as a point guard. 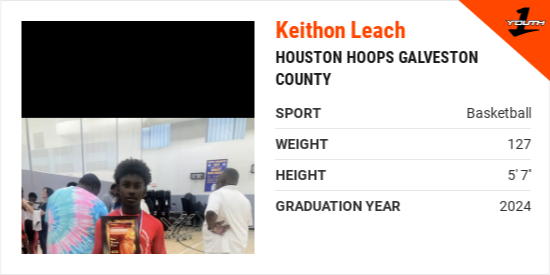 Leach has earned plenty of recognition during his career. Leach is humbled by the accolades.

“I have over 100 awards but my favorite was when my team beat the No. 1 team in the country, the Texas Pros in San Antonio by two point,” Leach said. “That gave us the championship plus it was on the Spurs court. It was a great experience and the awards means that I’m a great player.”

No matter the opponent, every game Leach is determined to give it his all.

Leach is going all out.

The motor is always at full throttle whenever Leach steps between the lines.

“My mindset is to win and always give it my best whether we are winning or losing,” Leach said.

Leach has great passion and energy whenever he’s on the court. Leach tells why he enjoys the game of basketball so much.

“I love winning and having fun the most,” Leach said. “I can play basketball all day at home. I play at Carver Park all day. They named me “Carver Park Keke”. I play against all ages, especially adults and win too.”

Leach has learned many valuable lessons from playing basketball that he applies to his everyday life.

“I’ve learned that being a better person means I have to help my team out and stay focused at all times,” Leach said.

Leach takes his role as one of the leaders on the team very seriously. Leach makes sure he’s a daily positive influence on his peers.

“I encourage my teammates to keep going and always have each other’s back,” Leach said. “The best advice I gave to my teammates is never give up.”

Leach is appreciative of having amazing male role models that are supportive.

“The best advice my coach gave to me is to keep my head in the game,” Leach said.

Leach lists math as his favorite subject in school.

“My dream college is Duke because one of the best point guards went there,” Leach said.

Leach is striving for greatness in all that he does.