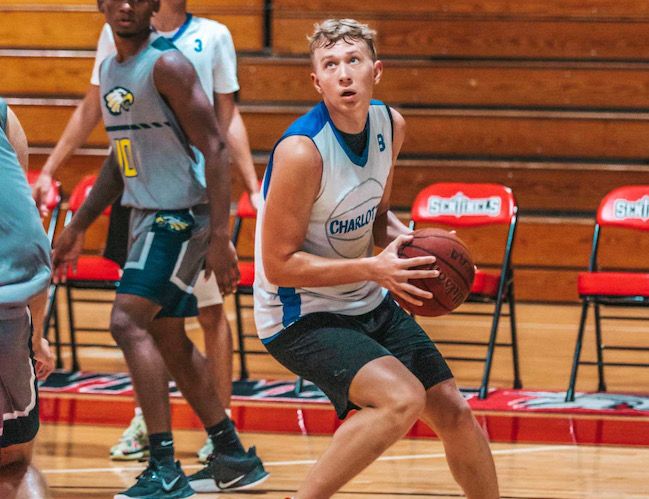 Logan Clauser is one of the best players from the Port Charlotte, FL area in the Class of 2022.

The 6-foot-3, 185-pound Clauser, who attends Charlotte High School, is a dynamic player that works as a guard. 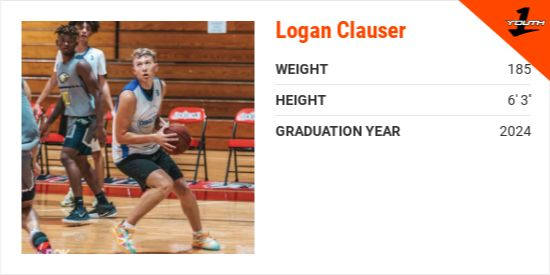 Clauser has earned plenty of recognition during his career, such as being an AAU MVP in the seventh grade.

Clauser is humbled by the accolade.

“I’ve had lots of other all tournaments teams and player of the game type awards that have been getting my name out there,” Clauser said. “It means a ton trying to get my first offer.”

No matter the opponent, every game Clauser is determined to give it his all.

Clauser is going all out.

The motor is always at full throttle whenever Clauser steps between the lines.

“At my position, I can see the floor well and penetrate and find teammates,” Clauser said. “Shooting has improved so much. I take pride in my defense stopping whoever I need to stop. I think I’m a very smart player.”

Clauser has great passion and energy whenever he’s on the court. Clauser tells why he enjoys the game of basketball so much.

“What I love most about playing is just being competitive and winning games,” Clauser said. “That’s obviously important, but I love just going out and getting buckets and shutting someone down. It’s the best “

Clauser has learned many valuable lessons from playing basketball that he applies to his everyday life.

“Playing ball made me realize this is something I want to do for the rest of my life and I’ve got to keep working hard to do so,” Clauser said.

“Favorite memory of playing is probably winning the state championship in AAU for seventh grade,” Clauser said. “Those guys were my brothers and I had so much fun playing with them.”

Clauser takes his role as one of the leaders on the team very seriously. Clauser makes sure he’s a daily positive influence on his peers.

“I’ll always be a good teammate by picking you up when you're down and getting my teammates involved and staying positive during the game,” Clauser said.

Clauser is appreciative of having amazing male role models that are supportive.

“’I’ve learned so much from all my different coaches but the best advice I’ve ever got is to just keep working hard,” Clauser said. “Eventually it’s going to pay off even when you think no one sees how hard you’re working.”

Clauser patterns his play after this standout perimeter player.

“My favorite player ever is Kobe but a player that I look up to right now is Paul George,” Clauser said. “He’s really a big guard that can create his own shot and is known as a two-way player. That’s something I take pride in as well.”

Clauser lists science as his favorite subject in school.

“I don’t really have a dream college,” Clauser said. “I want to go wherever I am wanted and needed. That’s where I want to go.”

Clauser is striving for greatness in all that he does.

“My goal on the court is to win a state championship with my new brothers at Charlotte High,” Clauer said. “But the most important is getting to college and getting my first offer very soon.”