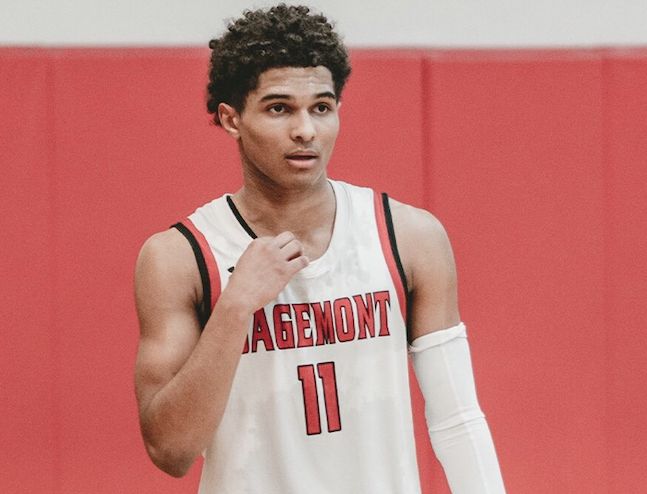 Raphael Houssou is one of the best players from the Fort Lauderdale, FL area in the Class of 2021.

The 6-foot-2, 180-pound Houssou, who attends The Sagemont School, is a dynamic player that works as a point guard. 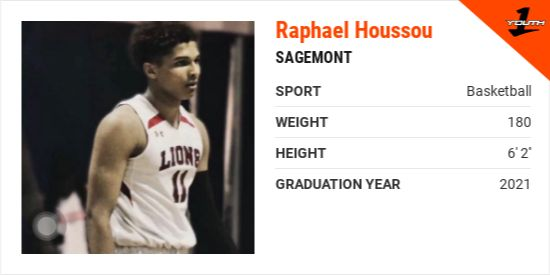 Houssou has earned plenty of recognition during his career, such as a Seahawk Classic All-First team selection.

Houssou is humbled by the accolades.

“Those awards are great because it gives you recognition but when I play I’m just focused on winning the game,” Houssou said.

No matter the opponent, every game Houssou is determined to give it his all.

Houssou is going all out.

The motor is always at full throttle whenever Houssou steps between the lines.

“My mindset is to lead my team and do whatever I can to win,” Houssou said. “I get others involved and score when needed to.”

Houssou has great passion and energy whenever he’s on the court. Houssou tells why he enjoys the game of basketball so much.

“The thing I love the most about basketball is competing,” Houssou said. “That’s why I love playing.”

Houssou has learned many valuable lessons from playing basketball that he applies to his everyday life.

“Playing has taught me to never give up,” Houssou said.

Houssou takes his role as one of the leaders on the team very seriously. Houssou makes sure he’s a daily positive influence on his peers.

“I demonstrate being a good teammate by picking them up when they miss a couple shots in a row. I just tell them to not worry about it and shoot the next one.” Houssou said. “My best advice I gave was to never give up.”

Houssou is appreciative of having amazing male role models that are supportive.

“I have learned to never give up no matter what. This works with everything in life, not just basketball,” Houssou said. “Best advice a coach has ever given me was to stay positive because your mentality can affect your game a lot, so it’s important to work on it.”

Houssou patterns his mentality after these standout point guards.

“I look up to players like Trae Young and Damian Lillard because I feel like we have similarities in a lot of areas like shooting from deep, driving, etc,” Houssou said.

Houssou lists math as his favorite subject in school.

Houssou is striving for greatness in all that he does.

“My goal on court is to play pro and my goal off the court is to have my own brand,” Houssou said.