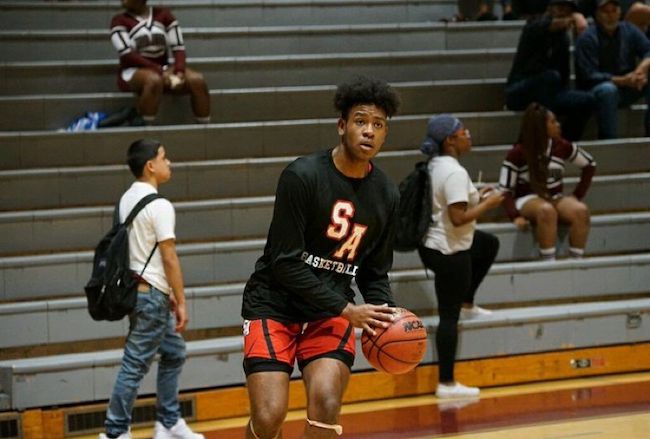 Kenny Turner is one of the best players from the Boca Raton, FL area in the Class of 2021.

The 6-foot-7, 210-pound Turner, who attends St. Andrew’s School, is a dynamic player that works as a forward. 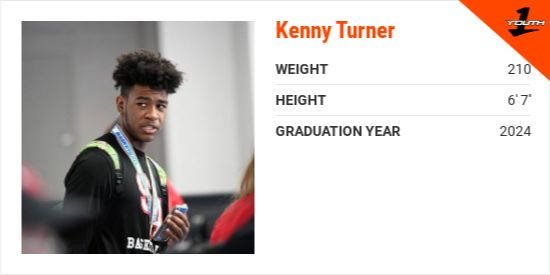 Turner has earned plenty of recognition during his career, such as being a second-team Broward County honorable mention and being invited to the CP25 Top 50 Invitational.

Turner is humbled by the accolades.

“The event means a lot to me because it allows me to see where I match up against other competitors within the country along with how far I've come athletically,” Turner said.

No matter the opponent, every game Turner is determined to give it his all.

Turner is going all out.

The motor is always at full throttle whenever Turner steps between the lines.

“At my position my mindset is to go, always beating my man on the break, blocking shots off the glass and getting to the rim with ease and power,” Turner said.

Turner has great passion and energy whenever he’s on the court. Turner tells why he enjoys the game of basketball so much.

“I love competing,” Turner said. “That's what makes the game fun, knowing that if I work 10 times harder, I will finish victorious.”

Turner has learned many valuable lessons from playing basketball that he applies to his everyday life.

“Playing has taught me that in life nothing will be handed to you,” Turner said. “Eventually you will have to work if you want to excel to the next level.”

“My favorite memory playing was against Santa Fe Catholic for the regional finals,” Turner said. “This trip stood out because the whole season we knew we would end up playing them and then to beat them by 20+ points, it was phenomenal.”

Turner takes his role as one of the leaders on the team very seriously. Turner makes sure he’s a daily positive influence on his peers.

“I demonstrate being a good teammate by holding them accountable along with uplifting them when they do something well. I always vocalize myself on the court to let them know they’re not alone,” Turner said. “The best advice I’ve given my teammate is go after what you want and work for everything because nothing will be given to you.”

Turner is appreciative of having amazing male role models that are supportive.

“I’ve learned from my coaches to love yourself on the court, don't beat yourself up and continue to work hard,” Turner said. ‘That goes for on and off the court. Self-love promotes success because you’re not stressing yourself out.”

Turner patterns his mentality after these legends.

“I look up to Steve Nash because of his ability to pass extremely well, but at my position I look at Carmelo Anthony for his midpost game, and Lebron James for his ability to block shots well,” Turner said.

Turner lists philosophy as his favorite subject in school.

“I enjoy breaking down different ways of thinking,” Turner said.

“My dream college is somewhere that I would excel academically along with athletically,” Turner said. “I don’t have a dream college per say.”

Turner is striving for greatness in all that he does.

“This year my goal on the court is to win another state championship title and average a double-double this season,” Turner said. “Off the court  I would like to increase my GPA as much as possible and spread love to as many people as I come across.”