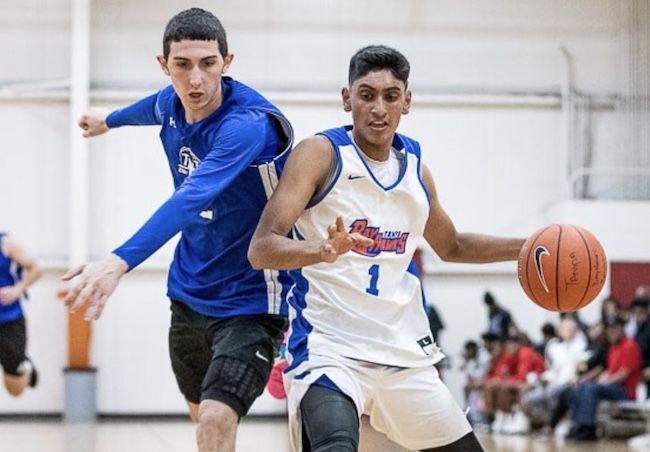 Varun Ajjarapu is one of the best players from the Tampa, Florida area in the Class of 2020.

The 6-foot-4, 165-pound Ajjarapu, who attends Berkeley Preparatory School, is a dynamic player that works as a point guard for the Tampa BayHawks. 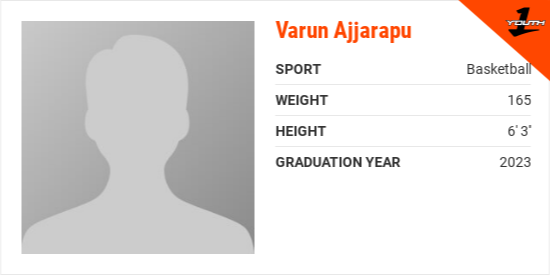 Ajjarapu has earned plenty of recognition during his career, such as: multiple MVP, Hustle, All-tournament and All County awards. Ajjarapu also played for Team USA at the United World Games.

Ajjarapu is humbled by the accolades.

“Recognition of all the awards and participation at All-Star events validates the effort that goes in to getting better at the sport each day and helps motivate me further,” Ajjarapu said. “Participating in All-Star events helps elevates my game to the highest potential as you are competing with the best. It was especially enriching to represent and play on Team USA and represent our country at the United World games that happened in Austria last summer.”

No matter the opponent, every game Ajjarapu is determined to give it his all.

Ajjarapu is going all out.

The motor is always at full throttle whenever Ajjarapu steps between the lines.

“As a point guard, I have to be at a constant vigil and be ready to make the right pass at the right moment,” Ajjarapu said. “I have to be able to place the team above my personal growth.”

Ajjarapu has great passion and energy whenever he’s on the hardwood. Ajjarapu tells why he enjoys the game of basketball so much.

“The best thing I love about playing basketball is camaraderie and teamwork,” Ajjarapu said.

Ajjarapu has learned many valuable lessons from playing basketball that he applies to his everyday life.

“Discipline and hard work are the two most important things that playing has taught me,” Ajjarapu said. “These ingredients are the most crucial to success whether in a game or life in general.”

“My favorite memory of playing will have to be dropping 51 points at Harvard Elite camp this past summer,” Ajjarapu said. “That experience helped me see what I am capable of and helped improve my confidence ten-fold.”

Byron Batchelor has coached Ajjarapu for one year with the Tampa BayHawks.

“High IQ, his ability to get to any spot on the floor, run the offense and create shots for teammates and himself. He can also score, and had a season high of 51 points with 13 3s,” Batchelor said. “I like his craftiness and change of speed, with the ability to set up teammates or score.”

Ajjarapu takes his role as one of the leaders on the team very seriously. Ajjarapu makes sure he’s a daily positive influence on his peers.

“I demonstrate being a good teammate by having a team above self mentality,” Ajjarapu said. “The best advice I’ve given my teammates is to be driven and confident about their game.”

Batchelor adds that Ajjarapu is one of those consummate teammates that every squad needs to be successful.

“He’s the first guy at practice and sacrifices for the betterment of the team,” Batchelor said. “He demonstrates a positive attitude with myself and teammates.”

Ajjarapu is appreciative of having amazing male role models that are supportive.

“Coaches have a bird eyes view on things that go on and off court; so they know exactly what you are good at and what you can get better,” Ajjarapu said. “The best piece of advice I have received from coaches is to be a more vocal leader on the court.”

Batchelor is an advocate of Ajjarapu’s capabilities.

“In Atlanta during live period, Varun scored 12 straight points in a three minute span in the second half,” Batchelor said. “We ended up winning the game by 7 after being down by 11 with 7 minutes to go.”

In addition to making clutch plays, Ajjarapu also has a high level of basketball IQ as well.

Ajjarapu has excellent basketball awareness that puts him in position to thrive.

“Varun isn’t the biggest or quickest kid. But he has a high IQ so he sees the game plays ahead,” Batchelor said. “He’s able to out-think opponents and use his high skill level to be one of the best point guards in the state.”

Ajjarapu is on the grind to perfect and hone his craft in any way possible.

“Varun has a great work ethic. He has a basketball court in his backyard with a shooting machine,” Batchelor said. “He also trains off the court working on strength and agility.”

Batchelor explains why he compares Ajjarapu to this two-time NBA MVP.

“I don’t like comparing kids to professionals but I’d say Varun reminds of Steve Nash,” Batchelor said. “He has the same type of playmaking ability and vision at his age.”

Ajjarapu patterns his mentality after this three-time NBA champion and two-time NBA MVP.

“I look up to Steph Curry at the pro level for his all-around capabilities,” Ajjarapu said. “Also the fact that he was overlooked for his size and strength but had the dedication and grit to prove all the naysayers wrong.”

Ajjarapu is constantly striving for greatness in everything that he does.

“My goals on court are to play hard every day and give it my all,” Ajjarapu said. “My goals off court are to get an Aerospace or mechanical engineering degree and be a fighter pilot.”

“I want to attend Harvard since it is the best overall,” Ajjarapu said.

Ajjarapu lists math as his favorite subject in school.

“I like math because it involves both logic and problem solving,” Ajjarapu said.

Batchelor outlines the areas of improvement that will take Ajjarapu to the next level.

“Varun is a decent athlete so he’s been spending a lot of time on improving his athleticism, speed and jumping ability,” Batchelor said. “He’s a hard worker and driven kid so he’ll keep improving. He’s actually improved a lot over the last 2 or 3 months.”

Batchelor believes the sky is the limit as long as Ajjarapu continues to stay hungry.

“I think Varun can play high level professional basketball,” Batchelor said. “He’s one of the most determined kids I’ve coached and if wants to play after college I’m betting on him.”