Confidence is high for the Virginia Elite basketball team

Confidence is high for the Virginia Elite basketball team 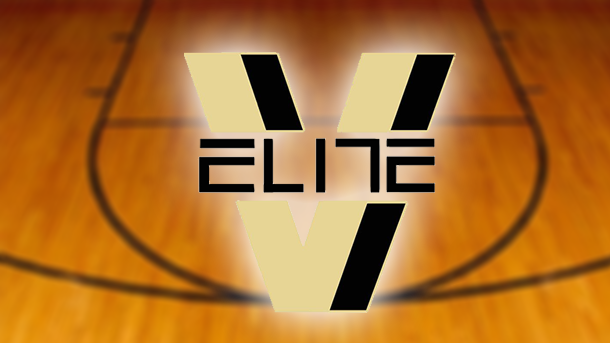 It's been a vision of Thomas Gadson to form a youth basketball team in Northern Virginia since the 2008 season. With a good eight years invested in the Virginia Elite Basketball Club, he is well aware of what sells in the world of basketball. Several D1 programs have contacted Gadson about one of his top collegiate prospects, a 6-11 sophomore. Gadson said "just liek with anything else some may choose to get involved early in the recruiting process or others may wait, but if someone doesn't want him, someone else will."

Sure, this Elite Program is delighted with the players who head off to college baskeball. However, this program starts with the young prospects.

"We run from third grade to seniors in high school,'' Gadson said. "And we play a national schedule, too. We go up and down the East Coast. In July, we head to Atlanta. We've been to Philly. We've gone to Vegas."

Gadson was well aware the Washington DC area was heavily involved in the youth basketball world. But he was concerned about his own basketball player in the family and wanted to get something going in nearby Virginia.

"It was kind of shame,'' he recalled. "So, we started this and worked with the third through eighth-graders. We wanted to develop their skills and teach them what the game is all about."

Gadson doesn't stay in the background of these teams. He stays busy as the head coach of the 17U team. He also takes the reins of the 15, 13 and 10 U teams.

The game has changed from when he played the game.

"You have to put time in June,'' he said. "In a lot of community level sports, it doesn't work like that. We have to get out kids through the program and get them get ready for high school."

And his program is not ducking anyone just yet. By the ninth-grade, his teams are playing grass roots basketball, which he claims is a higher level than AAU.

Gadson does not discriminate and also runs a program for gifted women players. One such player is Jordan Elliott. She made her way through the Elite program and went on to be the two-time captain of the U.S. Army squad. Her travels took her to South Korea where more basketball entered her life.

Gadson makes it clear. He's interested in getting the right players in his program.

"Division III is giving lots of money for academics,'' he said. "That is what this is about. One of our players is going to law school and also playing basketball."

When the Elite program kicked off, Gadson knew he needed to do some work.

Gadson still has some goals.

"I wish we could get a great sponsorship."

And there are some disappointments as well with a program such as this.

"It's when you lose a kid,'' Gadson admitted. "Those are the heartaches you have to deal with. It's very competitive. The kids can see that."

On the boys' side, McLean, VA resident, Will Simonton traveled to the Midwest for college and played three years at the University of Illinois-Chicago.

Gadson is well aware a hot point for his basketball recruits comes from the Nation's Capitol.

"The DC market is for our recruits,'' Gadson noted.

Gadson is a 1987  graduate of Morris College. He grew up in the Savanna, GA. area. Yes, he runs a competitive basketball program in Virginia but he other interests as well.

He's works in computer systems for the military.