How Julio Jones got recruited | Youth1
Skip to main content

How Julio Jones got recruited

How Julio Jones got recruited 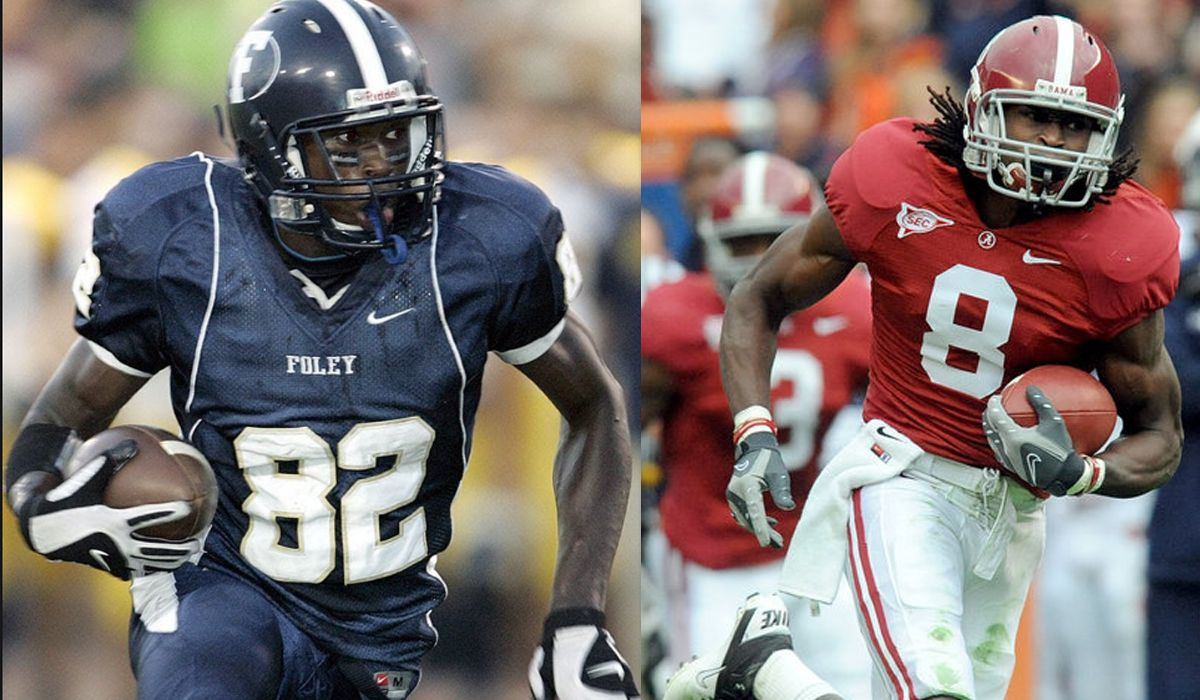 Before Julio Jones was a top-10 pick and five-time Pro Bowler, he was an 11-year old playing with his brother in the backyard, dreaming of playing professional football. It was clear from the beginning that Julio had mad skills, but the first step was to get the right exposure to get recruited to play college football.

How did an athlete from Foley, AL, a small town with 15,000 people make it to the big time?

That process, like with most youth athletes these days started the moment that Jones stepped onto the football field in his local city league the following year.

From that first season Jones exhibited all of the qualities that his high school coaches, recruiters, college coaches, pro scouts, and eventually head coaches and Matt Ryan find so appealing about the superstar.

First, he wasn’t afraid of being physical. At the youth level into high school Jones played running back and safety. In an interview with Vice Sports, his youth coach said, “Julio Jones at 11 years old, I thought could start for Foley High School then.”

His play at the youth and middle school level had him on his high school coach’s radar when he started his freshman year. He was first put in at running back, then when Todd Watson took over the program and instilled a spread offense, Jones was moved to wide receiver and excelled, not just on the football field, but across multiple sports.

Jones played basketball and participated in track and field, winning the Alabama state title in the long jump and triple jump his junior and senior years, earning Gatorade Track and Field athlete of the year honors for the state of Alabama in 2006-07. Jones competed in the High School Under Armour All-American game in 2007.

His skills on the court and track show the physical combine metrics that coaches chomp at the bit to get onto their high school rosters.

By the time Jones was a senior his status as a five-star recruit earned him so much attention and praise that his coaches with University of Alabama allegedly once locked Jones inside the high school to keep him away from Pete Carroll who had flown from USC to watch Jones play. According to Rob Buska of NBC Sports Radio, Carroll told him that he was denied entry to the building and that Alabama coach Nick Saban was called, made aware of the situation and offered Jones a full scholarship on the spot.

By the time reached stardom at the University of Alabama, Jones's combine measurements were off the charts. He ran 4.34 in the 40 yard dash, bench pressed 17 reps at 225lbs, had a 38.5 inch vertical jump and 135 inch broad jump.

Of course not every athlete is as physically gifted as Julio Jones, so what can youth and high school athletes learn from his story that can help them be more recruitable? First is to take note of how Jones carried himself a realize that it was actually a double-edged sword.

Jones is known as one of the most humble players in the NFL, a characteristic that those who knew him said he carried all the way back to his youth days. But it almost cost him in the eyes of some scouts.

According to Vice Sports, “Watson remembered that some college recruiters saw Jones as stuck-up or arrogant because he spoke so little - but that was not the case. He just takes it all in.” (Vice Sports). While no coach will ever knock you for being humble, how you carry yourself around coaches and scouts should be considered. A smile and a “yes sir,” or “no sir,” can go a long way. Even letting coaches know that you don’t like to run your mouth can be a valuable statement.