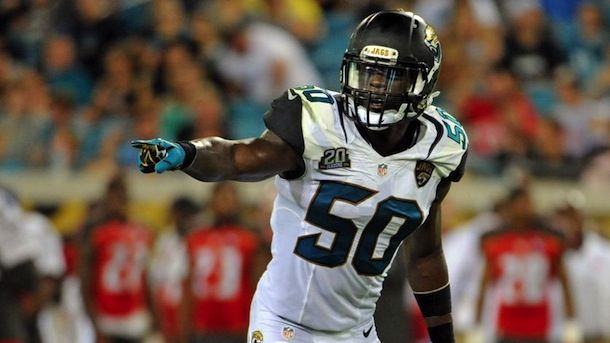 Jacksonville Jaguars linebacker Telvin Smith is tired of athletes charging kids to attend their youth camps. Smith, who was drafted by the Jaguars in the fifth round of the 2014 NFL Draft, has the most tackles through his first season in team history with 350. He is now tackling an issue that feels very strongly about. According to Smith, children should be able to attend camps that are hosted by pro athletes for free. In a video he posted to Instagram on April 12, he let his voice be heard regarding this topic.

"I keep saying robbing these kids because I feel that's what we're doing," Smith told ESPN. "We're in the NFL. We're in a multibillion corporation. You can write that off on your taxes, but you're charging these kids? There's no part of it that's right.”

Smith made it clear that his comments were not directly attacking one athlete, nor were they attacking the multiday camps that house campers for an overnight experience. In his discussion with ESPN Staff Writer Michael DiRocco, Smith claims that he was specifically referring to “camps that usually last three to four hours.”

There are ways for professional athletes to go about covering the cost of their camps without asking for money from its campers.

Per ESPN, “NFL players can apply for $1,000-$4,000 grants from the National Football League Foundation to help fund their camps. In addition, players are able to secure sponsors to help cover costs, such as local restaurants to provide lunches and drinks.”

It comes as no surprise that Smith has never and will never charge a child to attend his camp. He hosted a camp for the first time last year in his hometown of Valdosta, Georgia, and over 500 kids showed up.

"Guys can reach out to the community and they'll donate food, they'll donate money, they'll donate water," Smith said. "We had so many things donated we had so much left over. That's how I know it can be done. I had to buy extra shirts. But I'm willing to do that because we're buying these designer clothes and cars and jewelry and then you can't give $600 or $2,000 extra out of your pocket to make sure a couple extra kids come to your camp? I'm going to make sure I've got that."

Smith thinks very highly of giving back to the community, but believes that by charging children to attend a sports camp, the opposite is being done.

Telvin Smith makes some terrific points and should be applauded for the way he goes about hosting his football camps. He is now finalizing the details for his camp this year to be held in mid-June. In the meantime, he wants to share a powerful message to the athletes who have made it to the pros.

"Just remember where you come from. Remember when you were that same little kid wanting to go to a camp and see these big-time athletes, and they were charging, and you couldn't. It ain't right.”