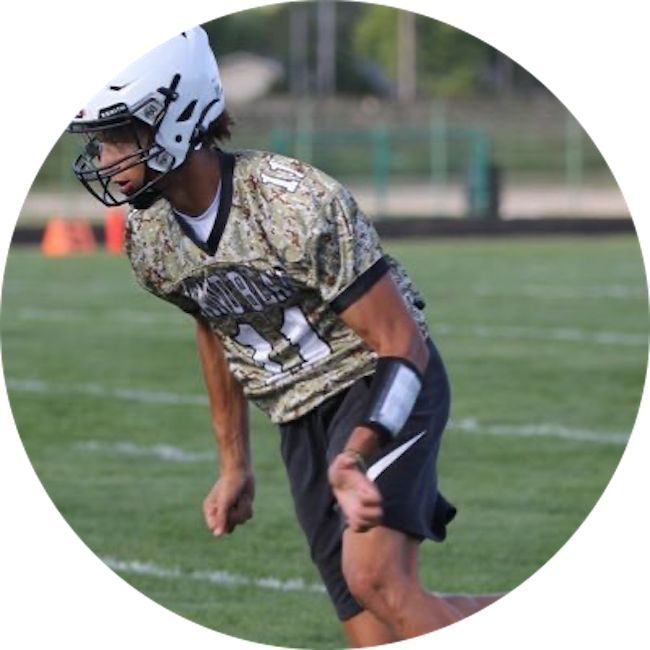 Jaylen Johnson is one of the best players from the Detroit, MI area in the Class of 2023.

The 6-foot-2, 182-pound Johnson, who attends Grand Blanc, is a dynamic player that works as a wide receiver.

Johnson has earned plenty of recognition during his career, such as being selected to FBU Top Gun and NextGen Midwest showcase.

Johnson is humbled by the accolades.

“It means a lot it just goes to show that my hard work is paying off,” Johnson said. “It’s competitive and also fun to see where you rank among the other players.”

“My mindset is to catch every ball that comes my way no matter what,” Johnson said.

“I love going up against top talent as an underclassmen and proving the doubters wrong,” Johnson said.

“My favorite memory is starting in the playoffs,” Johnson said.

“I demonstrate being a good teammate by going through every drill as hard as I can and being able to be coachable and coach my teammates,” Johnson said. “The best advice I give is to trust the process and give it your all on every rep.”

Johnson patterns his mentality after this legend.

“I look up to Calvin Johnson because he’s tall and strong and caught everything that came his way,” Johnson said.

Johnson lists history as his favorite subject in school.

“I like learning about the history of the world,” Johnson said.

“My dream college is Michigan State because I’ve watched them since I was a kid,” Johnson said.