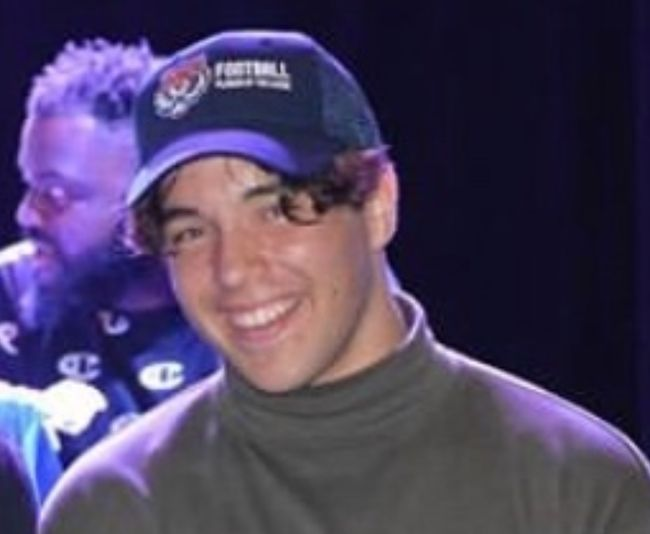 Peter Rodriguez is one of the best players from the Orlando, FL area in the Class of 2022.

The 6-foot-2, 255-pound Rodriguez, who attends Tohopekaliga High School, is an imposing player that works as an offensive tackle, offensive guard, and center.

No matter the opponent, every game Rodriguez is determined to give it his all.

Rodriguez is going all out.

The motor is always at full throttle whenever Rodriguez steps between the lines.

Rodriguez has great passion and energy whenever he’s on the field. Rodriguez tells why he enjoys the game of football so much.

“I like football because to me there’s a direct input and output when it comes to the work you put in and the results you see in the game,” Rodriguez said.

Rodriguez has learned many valuable lessons from playing football that he applies to his everyday life.

“Playing has taught me that everything depends on your personal mindset, goals, and beliefs,” Rodriguez said. “There can be people in the stands or even your sideline that don’t believe in what you can do, but at the end of the day it’s up to you to prove yourself right.”

“The second game of my freshman year we were playing a team that left overhangs on both sides of the ball, at tackle,” Rodriguez said. “They were getting around me while I wasn’t even positive it was my pick up. On a water break after 2 plays of that, my coach (Coach 3 at the time) instructed me on the proper kickstep to utilize and it was then that I pancaked the outside linebacker.”

Rodriguez takes his role as one of the leaders on the team very seriously. Rodriguez makes sure he’s a daily positive influence on his peers.

“I believe that good teammates always lift others up, and so whenever I can, I invoke that rule either by positive reinforcement or constructive criticism,” Rodriguez said. “The best advice I give is to just keep at it. Whatever we’re doing, however hard it is, your ability to do it comes from your mindset.”

Rodriguez is appreciative of having amazing male role models that are supportive.

“What I have learned from my coaches is to never give up, and that hard work breeds progression but you cannot rush the rewards,” Rodriguez said.

Rodriguez patterns his mentality after this standout.

“I look up to Joe Thomas,” Rodriguez said. “He’s very technical and that is the way I want to play.”

Rodriguez lists literature as his favorite subject in school.

“You’re able to adapt how you interpret a piece of writing into your mood, and still be correct,” Rodriguez said. “Whereas with math it’s a definite outcome.”

Rodriguez explains his collegiate aspirations down the road.

“My dream college for football right now would probably be West Point,” Rodriguez said. “My sister attended and on my visits the football staff and facilities were really attractive.”

Rodriguez is striving for greatness in all that he does.

“My goals, as of now, are to get into a good college, and lead my football team to a championship,” Rodriguez said.