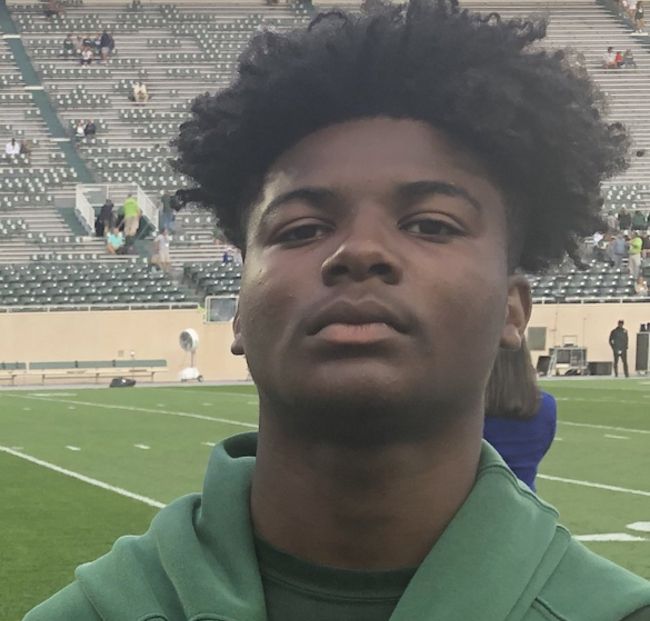 Kyle Johnson is one of the best players from the Detroit, MI area in the Class of 2022.

The 6-foot-1, 190-pound Johnson, who attends West Bloomfield, is a dynamic player that works as a safety.

Johnson has earned plenty of recognition during his career, such as being NextGen Defensive MVP.

Johnson is humbled by the accolade.

“It means a lot to get recognized for all the hard work you have put in,” Johnson said. “ It was a great experience competing against other players from all over the U.S.”

“My mindset is always on attack mode and showing that I’m versatile,” Johnson said.

Johnson has learned many valuable lessons from playing football that he applies to his everyday life.

“Playing has taught me to never give up and to continue to work hard,” Johnson said.

“One of my favorite memories is my team going deep in the playoffs and almost winning a state championship,” Johnson said. “My teammates are my brothers.”

“I demonstrate being a good teammate by telling everyone to believe in each other and that we can’t be stopped,” Johnson said. “We motivate each other and compete in practice every day.”

“I’ve learned from my coaches to stay ready so you won’t have to get ready,” Johnson said. “They tell me to always be a leader.”

Johnson patterns his mentality after this late legend.

“I look up to Sean Taylor. R.I.P.,” Johnson said. “He was a student of the game and a monster on every play.”

Johnson lists math as his favorite subject in school.

“My dream college is Alabama,” Johnson said. “They have a great program and a history of sending players to the pros.”

Rolando Rosa 2 weeks ago
next page?