How a #1 seed does it without top prospects

How a #1 seed does it without top prospects 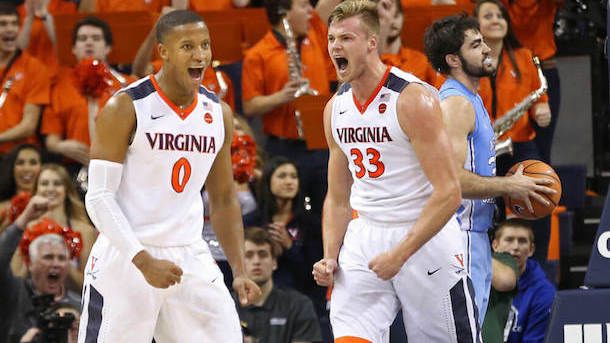 The NCAA March Madness Tournament starts today with the play-in games beginning at 7 o’clock, the first round of the tournament officially begins on Thursday, March 15th.

This year the tournament is as wide open as it has ever been, experts and analysts have been talking about parity and the lack of a real “dominant” team.

However there is one team who dominated the regular season and has been a top seed in this tournament for the past five years.

The Virginia Cavaliers finished the season with a 31-2 record; they dominated the ACC tournament and earned a #1 seed for the third time in the past five years. The Cavaliers smothered apposing teams all season long allowing only 53.4 points per game, ranking best in the nation.

What makes the Cavaliers recent success so much more impressive is not just the style of basketball they play but the personal they are doing it with.

In a conference with North Carolina and Duke getting all the 5-star talent, a college basketball world where coaches like John Calipari get the 1-and-done guys before they take off for the NBA, The Cavaliers have enjoyed success with modest recruits and players who believe in their team.

In the ESPN 2016 top 100 for basketball recruiting, the current Cavaliers backcourt consisting of Ty Jerome and Kyle Guy were ranked respectively 43rd and 27th. Now obviously being ranked top 50 in the nation is an incredible accomplishment, but when you consider the other talent in that class it really highlights why this Virginia team has been so special. Six out of the top ten players that year went to either Duke or Kentucky, one went to Michigan State, another to UCLA and one went to Washington. Seven out of those ten kids only played one year of college basketball and are now in the NBA. This has been the trend in college basketball for about the last decade.

Virginia has been able to buck this trend and still have an enormous amount of success on the court. They have also been able to produce some solid NBA talent over the last five years as well; some of the players drafted include Joe Harris, Malcolm Bragdon, Justin Anderson and London Perrantes.

Many people will try and down play Virginia’s success and there is some legit criticism to be had. They have underperformed in the tournament as a top seed, the farthest they have advanced was the elite eight back in 2016.

Although the criticism is fair, it is nice to see a school and team have a sustained amount of success with players who are not immediately NBA ready. It is a reminder to young athletes who are not ranked the highest, or who do not get recruited by the top schools to keep working hard.

Hopefully this is the year Virginia can break the tournament stigma, much like Villanova did in 2016.