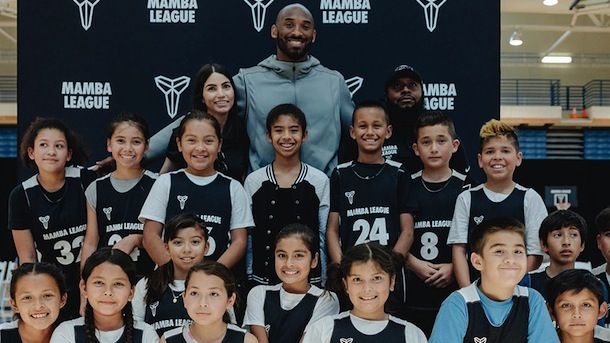 Los Angeles Lakers great Kobe Bryant may be retired from the NBA, but that does not mean he has officially left the game of basketball. The five-time NBA champion recently partnered with Nike and the Los Angeles Boys & Girls Club to create the Mamba League. The purpose of this co-ed youth basketball league is to not only give back to the city that he played his entire 20 year NBA career for, but to also properly teach kids the fundamentals of the game.

Bryant is not a fan of Amateur Athletic Union (AAU) basketball, and openly criticized the program in the past.

“AAU basketball – horrible, terrible AAU basketball,” Bryant told reporters (per Yahoo Sports). “It’s stupid. It doesn’t teach our kids how to play the game at all, so you wind up having players that are big and they bring it up and they do all this fancy crap and they don’t know how to post. They don’t know the fundamentals of the game. There’s become increasingly more and more priority placed on kids making highlight-type plays and moves for scouts peering into youth games, or simply even something as dubious as an Instagram highlight mixtape.”

Kobe and his family moved to Italy when he was just six years old to allow his father, Joe “Jellybean” Bryant, to continue his professional basketball career. While in Italy, Kobe would routinely play basketball on lower hoops and smaller courts. He believes this is the best way for kids to learn the fundamentals of the game. According to Kobe, he did not play basketball on a regulation, ten foot hoop until the age of twelve.

“We challenge kids at the age of 8, 9, 10 to shoot on 10-foot hoops, and that doesn’t make any sense to me,” Bryant said (per Yahoo). “When I grew up, we actually played on lower hoops. We played on 9-foot hoops, the court was actually smaller and we could learn how to shoot with proper technique. We could go and try a reverse layup.”

“Right now, I think we’re putting too much pressure on these kids too early, and they’re not learning proper technique of how to shoot the ball, or proper technique of spacing,” Kobe added (per SI). “It winds up eating away at their confidence. As teachers, we need to have patience to teach things piece by piece by piece. Over time, they’ll develop as basketball players, but you can’t just rush it all at once.”

To teach kids how to play basketball the right way, Bryant reached out to USA Basketball, the national governing body for men's and women's basketball in the United States. The Mamba league consisted of 40 co-ed teams and therefore 40 coaches. All of the coaches were volunteer Nike store employees from Southern California who were trained by USA Basketball on how to properly mentor the young athletes and teach the fundamentals of the game.

“The line for our league is ‘Play, Learn, Grow,'” Bryant said (per Yahoo). “When I wrote it, the first thing that came to mind was my journey. Through playing the game of basketball, I learned – not just about the game – but about myself and about others. Through that process, you grow as an athlete and as a person.”

“That’s what Mamba Mentality is. It’s understanding that every day you can work on something, every day you get better, and then you can fast-forward years later and it seems like it was a ‘Voila!’ moment, but you know that patience and perseverance every single day is what got you there.”

In addition to emphasizing basketball fundamentals, Kobe, a father of three daughters, also focused on inclusivity within his league. In fact, female players make up 45% of the Mamba League.

Kobe opened up about why he wants to be involved in youth basketball, along with detailing his motivation to coach the aspiring young athletes.

“I like seeing kids get better,” Bryant said in a Nike video highlighting the league. “I like seeing the light go on where they’re like ‘Okay I couldn’t do this last week but now I can.’ It’s almost like watching magic slowly develop in front of your eyes. That reaction, that expression is why I do it.”

The league ran for eight weeks from February through April, and focused on underserved elementary school children from the nearby areas of Nickerson Gardens in Watts, Whittier, West San Gabriel Valley and Venice, per Yahoo Sports. The league was a huge success and a terrific experience for all the participants.

“The Mamba League is a fun league for kids to learn the game and have fun,” Bryant said (per Nike). “But also, to understand the connection that the game has with life in general, and convert that into being a better son, a better daughter and a better student.”