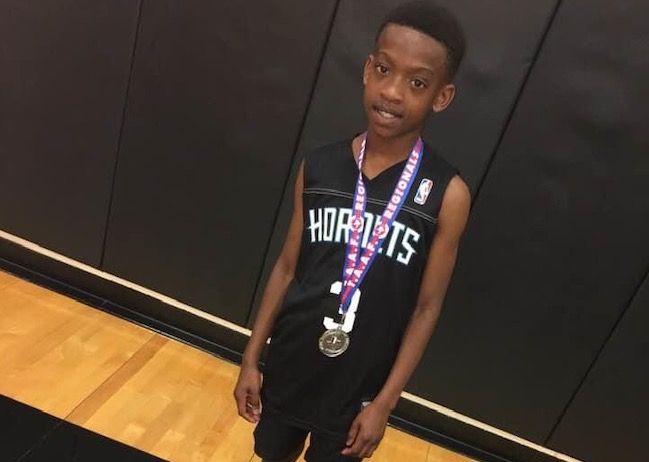 Ricky Casimere Jr. is one of the best players from the Dickinson, TX area in the Class of 2026.

The 5-foot-4, 110-pound Casimere Jr., who attends Kranz Junior High, is a dynamic player that works as a point guard. 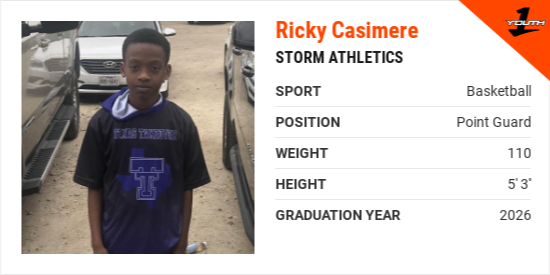 Casimere Jr. has earned plenty of recognition during his career, such as being selected as MVP.

Casimere Jr. is humbled by the recognition.

No matter the opponent, every game Casimere Jr. is determined to give it his all.

Casimere Jr. is going all out.

The motor is always at full throttle whenever Casimere Jr. steps between the lines.

“My mindset is to see the court, play the sport and get my team involved,” Casimere Jr. said.

Casimere Jr. has great passion and energy whenever he’s on the court. Casimere Jr. tells why he enjoys the game of basketball so much.

“I'm able to express myself through my talents,” Casimere Jr. said. “I love to dribble and shoot.”

Casimere Jr. has learned many valuable lessons from playing basketball that he applies to his everyday life.

“Basketball has taught me that you can never settle,” Casimere Jr. said. “Keep fighting until you master your art.”

“In a championship game against eighth graders, I hit the game-winning shot after stealing the ball,” Casimere Jr. said. “The crowd went crazy and the other team came over to give me props on being a good player.”

Casimere Jr. takes his role as one of the leaders on the team very seriously. Casimere Jr. makes sure he’s a daily positive influence on his peers.

“I communicate with my team while we're playing, on the sideline, and off the court. I don't talk back to coaches, and try to end arguments on the court,” Casimere Jr. said. “I tell them to keep an open mind and have fun. That's how we win games.”

Casimere Jr. is appreciative of having amazing male role models that are supportive.

“I’ve learned from my coaches to not be selfish with the ball because we're a team,” Casimere Jr. said. “The best advice I’ve gotten from my coaches is to have fun on the court. We are all brothers.”

“I look up to Kyrie Irving,” Casimere Jr. said. “I like the way he handles the ball and runs the court.”

Casimere Jr. lists math as his favorite subject  in school.

“I want to play at Duke,” Casimere Jr. said. “I think the coaching staff is good and I'll have a fair shot.”

Casimere Jr. is striving for greatness in all that he does.