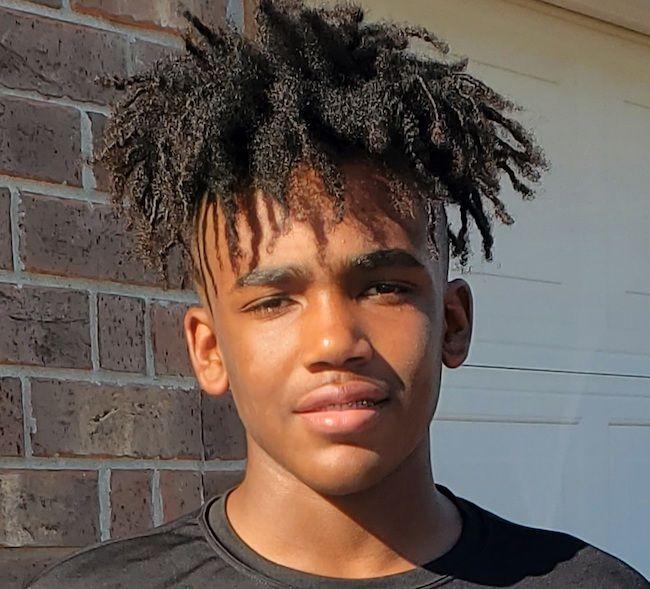 Fourest Mills III is one of the best players from the Manvel, TX area in the Class of 2024.

The 5-foot-8, 130-pound Mills III, who attends Manvel High School, is a dynamic player that works as a shooting guard. 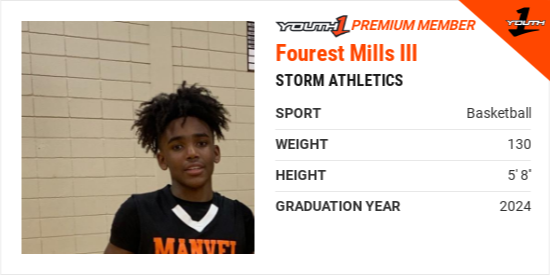 Mills III has earned plenty of recognition during his career, such as:

Mills III is humbled by the recognition.

“It shows that I’ve been working hard and that I need to keep working harder,” Mills III said. “It was good to see how my talent matched up against other top players. It was good to learn from other players and coaches.”

No matter the opponent, every game Mills III is determined to give it his all.

Mills III is going all out.

The motor is always at full throttle whenever Mills III steps between the lines.

“My mindset at my position is not just to be able to score and get easy shots, but also keeping my teammates involved and engaged in the game,” Mills III said.

Mills III has great passion and energy whenever he’s on the court. Mills III tells why he enjoys the game of basketball so much.

“I love that you can compete at a high level while also having fun,” Mills III said.

Mills III has learned many valuable lessons from playing basketball that he applies to his everyday life.

“I’ve learned that it’s a lot of obstacles that you come across but never quit,” Mills III said. “It has taught me how to lose and learn from it.”

“My favorite memory is last year in Florida at the Big Foot Hoops Tournament, hitting the game winner to go to the Final Four,” Mills III said.

Mills III takes his role as one of the leaders on the team very seriously. Mills III makes sure he’s a daily positive influence on his peers.

“I demonstrate being a good teammate by always telling them not to get down on themselves and also trusting them to take care of the ball when I pass it to them,” Mills III said. “The best advice I give is to just to never lose confidence, never give up, don't lose focus on the goal.”

Mills III is appreciative of having amazing male role models that are supportive.

“They’ve taught me that it’s not always about being the most skilled player,” Mills III said. “They taught me that you have to have heart, work hard, work smarter, and compete hard constantly. The best advice I’ve gotten is to just to compete hard. One of my coaches always told me if you don’t shoot you don’t score.”

Mills III patterns his play after these athletes.

“Miles Powell and Gilbert Arenas because they just find so many ways to score and they can also pass,” Mills III said.

Mills III lists math as his favorite subject in school.

Mills III is striving for greatness in all that he does.

“My goal on the court this year as a freshman is to make at least junior varsity, lead the team in scoring, and maybe ending up on varsity by playoff time,” Mills III said. “My goal off the court is to maintain good grades and be a leader in school.”