2023’s Cortney Davis makes an impact beyond the box score

2023’s Cortney Davis makes an impact beyond the box score 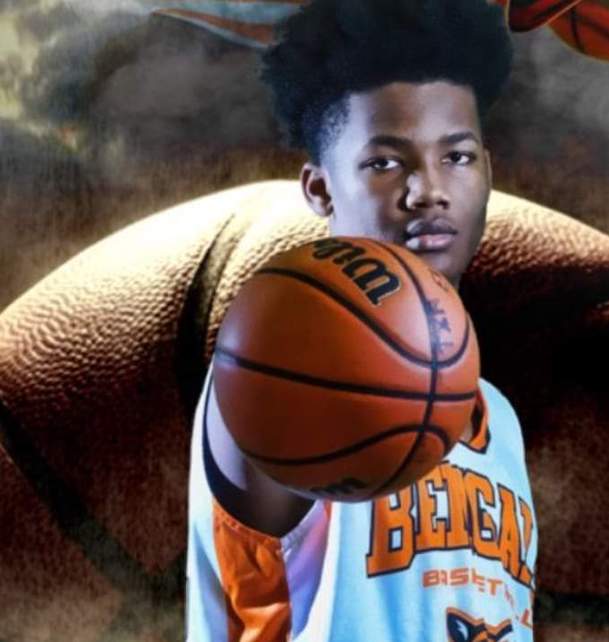 Cortney Davis is one of the best players from the Houston, Texas area in the Class of 2023.

The 6-foot-1, 209-pound Davis, is an imposing athlete that plays as a center for the Texas Footwork Bengals. 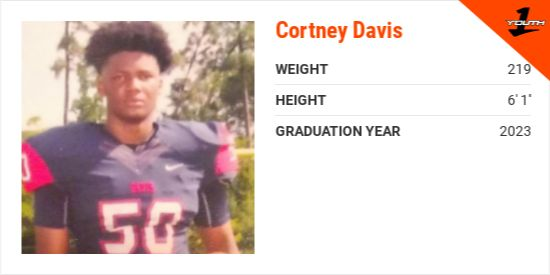 No matter the opponent, every game Davis is determined to give it his all.

Davis is going all out.

The motor is always at full throttle whenever Davis steps between the lines.

“My mindset is to always play my hardest and get the win. I want to go hard 100 percent of the time,” Davis said. “I want the opponent to have to grind for everything they get while I’m out there.”

Davis has great passion and energy whenever he’s on the hardwood. Davis tells why he enjoys playing basketball so much.

“I love the energy that people who play the game brings when playing. It shows how people love the game of basketball,” Davis said. “I love competing with my teammates and celebrating big wins with them.”

Davis has learned many valuable lessons from playing basketball that he applies to his everyday life.

“My favorite memory was finishing strong in our district basketball game. This accomplishment showed that I can play under intense pressure,” Davis said. “It’s a moment that I’ll never forget.”

Lloyd King is his Davis’ coach for the Texas Footwork Bengals.

King explains the best parts of Davis’ game on the hardwood.

“He has knack to track the ball off the glass and position himself to rebounds. He loves being physical and sacrifices his body on screens and boxouts,” King said. “He's the hardest working kid on the team. Always wants extra shots, is early to practice and stays late.”

Davis takes his role as one of the leaders on the team very seriously. Davis makes sure he’s a daily positive influence on his peers.

“I demonstrate being a good teammate by always telling my team to keep their heads up even through their mistakes because corrections only makes them better on and off the court,” Davis said. “The best advice I've given to my teammates is to never give up or say you can't do something. The reason why I truly stand to these words is because, if you don't encourage your teammates on the court it can cause your teammates to have confidence and it also makes me a better player on and off the court.”

King adds that Davis is one of those consummate teammates that every squad needs to be successful.

“The most vocal of the bigs we have. He calls out defensive positions and rotations so that his teammates can recover on defense,” King said. “When they can’t he is stepping up to close the door to the basket.”

Davis is appreciative of having amazing male role models that are supportive.

“Something I've learned from my coach is to always show good sportsmanship and always be a great teammate and never talk down on your team by saying things such as you can't do that or you can't do this,” Davis said. “The coaches tell us to always be humble and never let anyone say that you are something you aren't.”

King is an advocate of Davis’ capabilities.

“During a Vype tournament earlier this year Courtney was one of two starters playing.  Because of his physical play he landed bigs in foul trouble in all four games,” King said. “His play doesn’t show up on the stat sheet but his energy and effort always set the tone defensively.”

In addition to making clutch plays, Davis is developing a high level of basketball IQ as well.

Davis is growing into excellent basketball awareness that puts him in position to thrive.

“He uses his IQ to properly rotate on defense when the ball enters the high post,” King said. “He doesn't get drawn in or beat when the opponent tries to cheat backdoor on the baseline.”

Davis is on the grind to perfect and hone his craft in any way possible.

“He always wants the extra reps, always hard on himself and genuinely wants to improve,” King said. “He’s another kid that plays football and has a great motor, plus his conditioning is solid.”

King explains why he compares Davis to this player.

“I would compare him to Ben Simmons because going downhill close to the basket he is dangerous,” King said. “He’s a player that is dynamic in the open court.”

Davis patterns his mentality on the court after this player.

“I look up to Trey Jones because of his defense on the court and how he is disciplined to not reach multiple times and get fouls called on him,” Davis said.

Davis is constantly striving for greatness in everything that he does.

“My goals are to graduate high school and college and be a great role model to younger people around the world,” Davis said.

“My dream college is the University of Texas,” Davis said “The reason I like this college is because of their organization and the academic accomplishments that I can earn if I work hard in school.”

Davis lists science as his favorite subject in school.

“The reason why I love science is because I can learn about different organisms around the world and learn about the human body and how it functions,” Davis said.

King outlines the areas of improvement that will take Davis to the next level on the hardwood.

King believes the sky is the limit as long as Davis continues to stay hungry.

“He has a great upside as he loves to do the dirty work and works more than anyone to improve his game,” King said. “Most of all he is self-motivated and you don’t have to prod him to work.”