2022’s Rudolph Hayes relishes dishing out dimes to his teammates

2022’s Rudolph Hayes relishes dishing out dimes to his teammates 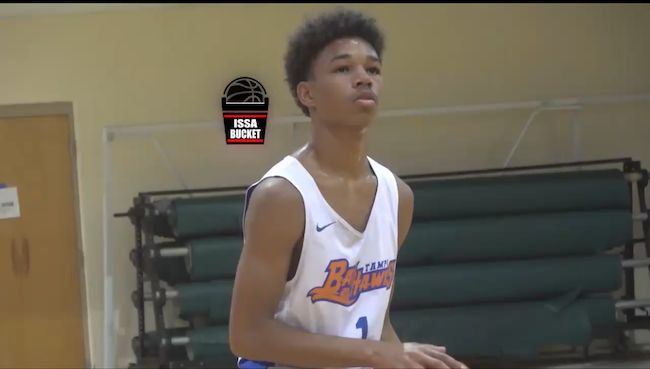 Rudolph Hayes is one of the best players from the Tampa, FL area in the Class of 2022.

The 5-foot-9, 130-pound Hayes, who attends Bloomingdale High School, is a dynamic player that works as a point guard. 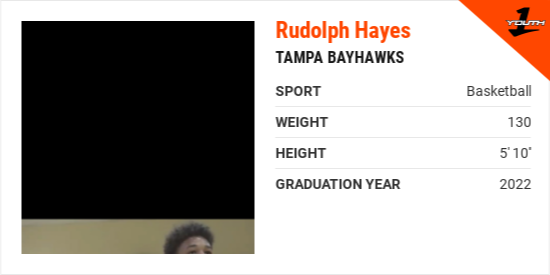 No matter the opponent, every game Hayes is determined to give it his all.

Hayes is going all out.

The motor is always at full throttle whenever Hayes steps between the lines.

“My mindset for my position is to set my teammates up and also make plays for myself,” Hayes said.

Hayes has great passion and energy whenever he’s on the court. Hayes tells why he enjoys the game of basketball so much.

“What I love the most is definitely the feeling of winning,” Hayes said.

Hayes has learned many valuable lessons from playing basketball that he applies to his everyday life.

“This game has taught me that you can do anything if you just work hard,” Hayes said.

“My favorite memory is my first game of AAU,” Hayes said. “I was nervous but I ended up with 20 points.”

Hayes takes his role as one of the leaders on the team very seriously. Hayes makes sure he’s a daily positive influence on his peers.

“I demonstrate being a good teammate by just picking up my teammates when they’re down and keep encouraging them,” Hayes said.

Hayes is appreciative of having amazing male role models that are supportive.

“I look up to Stephen Curry because he can do all things,” Hayes said.

Hayes lists math as his favorite subject in school.

“I want to go to the University of Florida because that’s always been my dream school,” Hayes said.

Hayes is striving for greatness in all that he does.

“My goal on and off the court is to succeed in anything I do,” Hayes said.