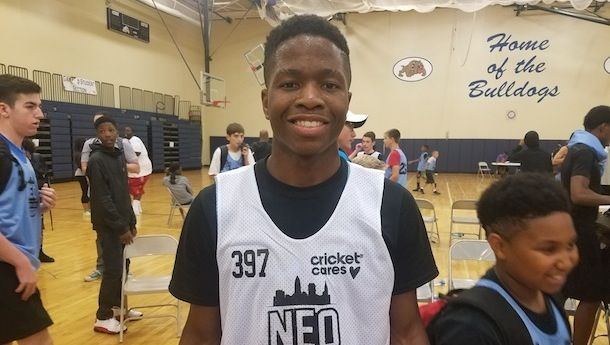 Zion Harmon is the consensus top recruit in the class of 2021. Harmon has been on the national scene since the third grade, he has grown up on the Internet in front of the entire basketball world.

Harmon has been living up to hype since he’s been in the third grade as well, all throughout middle school he was ranked as a top player. He started playing on the EYBL in the 7th grade. As a freshman in high school Harmon averaged 32.7 points per game on 49% percent shooting from the field, shooting 37% from beyond the arc.

Any questions or concerns about Harmon’s game have been answered; he is now taking the next step forward in his recruiting career.

These moves are interesting for obvious reasons; Harmon is the best in-state talent Kentucky has had in awhile. He has offers from multiple division I offers from schools including Tennessee, Vanderbilt, Creighton, Kansas but not Kentucky despite being the first freshman in school history to attend UK’s Big Blue Madness.

Harmon has verbally shown interest in Kentucky, pairing with two of Kentucky’s highest recruits on the EYBL circuit could be another way of gaining coach Calipari’s attention.

The 5’10, 165-pound Harmon has drawn a lot of comparisons to former Kentucky guard Tyler Ulis.

A highly recruited player from the state of Kentucky would seemingly fit right into Kentucky’s system. Everyone knows Calipari has a history of getting the most talented players. Don’t be surprised if this move by Harmon prompts Calipari to make an offer.