2020’s Roque Rosario is the definition of selflessness and determination

2020’s Roque Rosario is the definition of selflessness and determination 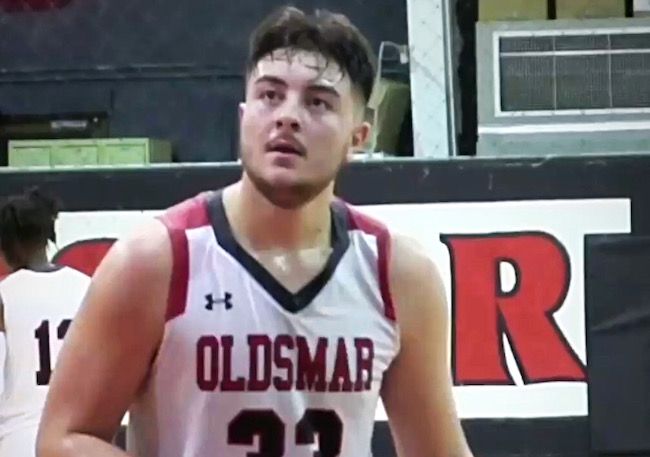 Roque Rosario is one of the best players from the Tampa, FL area in the Class of 2020.

The 6-foot-8, 255-pound Rosario is an imposing player that works as a power forward and center for the Tampa Bayhawks. 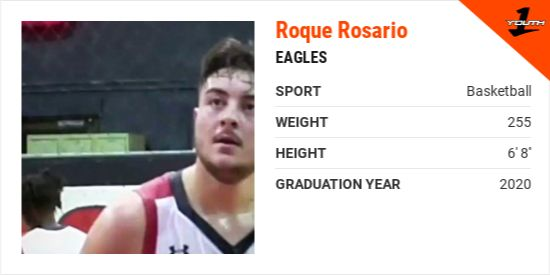 No matter the opponent, every game Rosario is determined to give it his all.

Rosario is going all out.

The motor is always at full throttle whenever Rosario steps between the lines.

“My mindset at my position is to set my team up for success in all ways possible by providing solid screens, strong passes, while providing protection, and using body to finish with contact and crash the glass,” Rosario said.

Rosario has great passion and energy whenever he’s on the hardwood. Rosario tells why he enjoys the game of basketball so much.

“I love the excitement, the adrenaline rush, the camaraderie with my teammates,” Rosario said. “There is nothing else like it.”

Rosario has learned many valuable lessons from playing basketball that he applies to his everyday life.

“I always heard people say ‘It’s not whether you win or lose, it’s how you play the game.’ I never understood that.  I always thought it was about winning the game. But, now I get it. As long as I work my hardest, do my job, and give it my all, I have won,” Rosario said. “Even if we lose the game. I can’t control anything or anybody  else but myself, and my own actions. So, if I do my job out there on the court, it’s a win. I feel like that mindset translates to life as well.”

“My favorite memory of basketball is probably my first AAU championship I won freshman year,” Rosario said. “It was a great experience, and  I got to enjoy with teammates that became like brothers to me, like a family. I will never forget that season.”

Byron Batchelor has coached Rosario for three years with the Tampa BayHawks.

“He’s big, wide, smart and nasty,” Batchelor said. “He’s a really good passer and has expanded his game to the three-point line.”

Rosario takes his role as one of the leaders on the team very seriously. Rosario makes sure he’s a daily positive influence on his peers.

“I believe I demonstrate being a good teammate by showing up to every practice 40 minutes early and encouraging my teammates to do the same. Helping to build strong team work ethic, by always working my hardest and showing my dedication,” Rosario said. “If I ever see a head down, and go and help lift them up. I encourage my teammates to do well in school, by helping them with their school work and studies.”

Rosario shares the best advice he gives to his teammates.

“To keep your cool. It’s easy to lose control of your emotions on the court. Keeping your head clear and focusing on the game and things you can control is key,” Rosario said. “I feel like I’m pretty good at calming my teammates down when a situation starts to escalate and sometimes calming my coaches down too (laughs).”

Batchelor adds that Rosario is one of those consummate teammates that every squad needs to be successful.

“Rojo is the definition of a team player. He’s going to do absolutely whatever it takes,” Batchelor said. “He has made me a better coach/person. One of the greatest overall people I’ve ever met.”

Rosario is appreciative of having amazing male role models that are supportive.

“I’ve learned from my coaches that you have to put in the work to see a return.  You can’t grow as a player, or a person, without giving 100 percent,” Rosario said. “They tell us we need to learn from our mistakes on the court, don’t dwell on them.”

Batchelor is an advocate of Rosario’s capabilities.

“Every game Rojo is doing the little things and all of the dirty work,” Batchelor said. “He’s going to set great screens, rebound and defend.”

In addition to his playmaking skills, Rosario also has a high level of basketball IQ as well.

Rosario has excellent basketball awareness that puts him in position to thrive.

“He knows where everyone should and needs to be on both ends,” Batchelor said. “He understands the game from a coach’s angle.”

Rosario is on the grind to perfect and hone his craft in any way possible.

“Rojo is constantly in the gym at Oldsmar Christian with Jordan Fair working on his game,” Batchelor said.

Batchelor explains why he compares Rosario to this Hall of Fame legend.

“I compare Roque to Bill Laimbeer. He’s a tough guy, big and physical,” Batchelor said. “Also, has a high IQ, good passer and can hit the 18-footer.”

Rosario patterns his mentality after one of the greatest big men in basketball history.

“I look up to Tim Duncan. I loved his game,” Rosario said. “He was a fundamentally sound player, and all of his moves were so methodical and smooth. So fun to watch. Finesse.”

Rosario is constantly striving for greatness in everything that he does.

“I definitely want to play college ball, while pursuing my degree in Industrial Engineering,” Rosario said. “And continue on with post grad studies.”

Rosario lists Math as his favorite subject in school.

“I love numbers, and problem solving,” Rosario said. “I will be majoring in Engineering in college.”

Batchelor outlines the areas of improvement that will take Rosario to the next level.

“Expanding his game to more than just a five-man. He’s expanded his game to the three-point line and is working on his athleticism so he can finish everything around the rim above the rim,” Batchelor said. “The improvements he’s made from his freshman year to now his senior year are amazing. A lot of people tell me that he’s a totally different kid.”

Batchelor believes the sky is the limit as long as Rosario continues to stay hungry.

“I think Rojo is a Division II basketball player,” Batchelor said. “Any coach that gives him the chance will fall in love with Roque. He’s going to give you his all every day.”