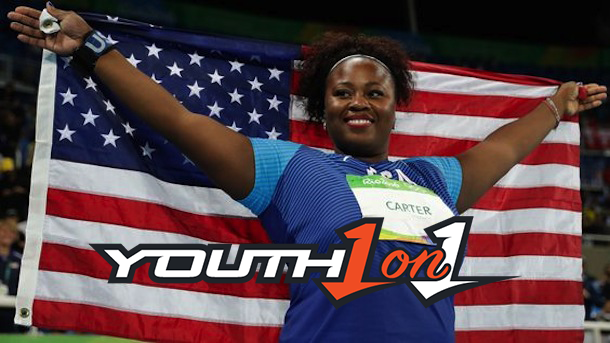 Before Michelle Carter headed to Rio to compete in the 2016 Olympic Games she had one goal in mind, win a gold medal for her country. This past summer she saw her dream come true as she became the first American woman to win shot put gold with a final throw of 20.63 meters. Carter now has Olympic gold to go along with her World Championship gold, making her the most decorated female shot put athlete in America's history. She took some time to reflect on her experiences at Rio and the next stages of her career in this week's Y1 on 1:

What were your emotions as you walked in for the opening ceremony?

I didn’t walk in the opening ceremony in 2016 because I was focused on training and preparing on my competition. In 2012, walking in the Olympic Games opening ceremony was such a once in a lifetime experience.  It was my second Olympic team and it was a moment of gratitude and and joy. Experiencing the excitement of being an Olympian was unforgettable and the opening ceremony was like the start of a dream that didn’t end till I was home.

How does it feel to be the first US Woman to ever win the Shot Put in the Olympics?

It really hasn’t hit me yet that I made Olympic and US history but looking at it now makes me feel great that I have set an example for other female throwers in the US to show them that they can accomplish anything if they work hard and stay focused.

Who was some of your best competition in Rio, anyone specifically that made you worry. How did it feel to beat Valerie Adams?

Everyone in the Women’s Shot Put competition is my competitor as I don’t focus on anyone but myself.  Field events are more about bringing the best out of yourself on that day.

You have a tendency to wait until the last throw to win, is that practiced or is it just how it happens?

It really just happens. I don’t plan to wait to the last round.  If I could win with the 1stattempt that would be awesome but I never underestimate my competition no matter what level.

What are your plans moving forward now that the Olympics are over?

I am preparing for several media appearances that include Harper’s Bizzare, The Chelsea Handler Show, Facebook Live and attending the Emmy’s with Elloquii.  I am also working hard on my “You Throw Girl” Camp for female youth athletes in February in Dallas, Texas.  It’s a dream of mine to help mentor females on how to be both athletic and not lose their femininity.

Any chance of you competing in the 2020 Games?

Overall what was your most cherished memory in Rio?

My medal ceremony and having the gold medal wrapped around my neck and having the National Anthem played. It’s a moment I have dreamt about for years and it finally came true.

By Nick Caprio and Rachel Lees 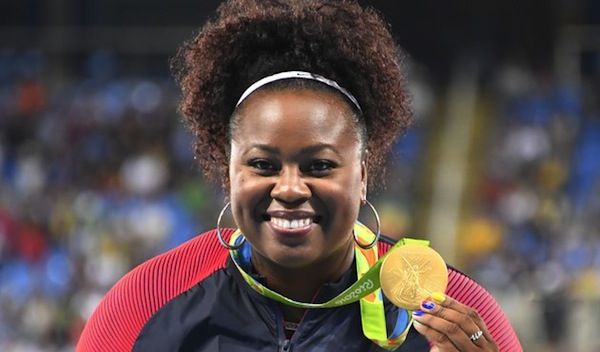