Sconnie Lacrosse in the middle of Green Bay Packers territory

Sconnie Lacrosse in the middle of Green Bay Packers territory 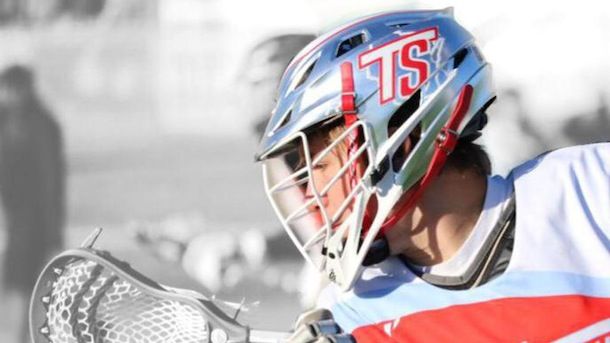 When the Unterriker family moved to Appleton, Wi, they were well aware that they had arrived in Packer territory. Yes, Aaron Rodgers and the Green Bay Packers. And then her young boy at home made a comment that didn't seem possible. He was a second-grader at the time.

"He came home from school one day and told me that he wanted to play lacrosse,'' said Sconnie lacrosse employee, Becky Unterriker.  "I laughed hysterically because it didn't seem possible that there would be youth lacrosse here in Packer-land. I thought that it was a sport only for East Coast elite society."

However, Unterrikeer did some research and found out that lacrosse had a least made an impression in Appleton, Wi.

"I can still remember that first day,'' Unterriker recalled.  "The field was muddy due to the recent rain. Somehow the coaches had managed to get all of the kids suited up in gear with sticks in their hands. They took the kids out on the field and many were hesitant to engage because of how wet and muddy it was. Before I knew it, the coaches lined the kids up and had them all lie down and roll in the mud so that they could stop worrying about whether or not they might get wet or dirty."

Welcome to Sconnie Lacrosse. Sconnie? Yes, anything to do with the state of Wisconsin. Actually, this program, started by Chris Green, began to attract attention back to 2005. Sconnie Lacrosse now has an U-11 team, two U-13 teams, U-15, two U-17 teams and U-18 team.

"This is the result of 12 years of working to grow the game in NE Wisconsin,'' she said. "But Sconnie Lacrosse is more than just summer and fall travel teams. Our goal and focus remains on growing the game of lacrosse here in NE Wisconsin by offering clinics and training to develop the largest possible base of players for the programs in this area."

The program now has close to 150 players.

Unterriker doesn't duck the football discussion. She notes football and lacrosse are not played at the same time so lacrosse is actually good for the conditioning of the football player. Sconnie even has a list of NFL players who have played lacrosse. This group includes kickers, Steven Hauschka and Todd Sauerbraun.

Sconnie lacrosse has had some recent success. Players in the program will soon be playing college lacrosse. The program has won a few regional titles and a few teams have competed in the NDP Tournament of Champions with two fifth-place showings.

"Our greatest success as a program is not the few who have played beyond High School, rather, it is the many who are now playing the sport of lacrosse in our community,'' she said. "From that small clinic on a mud-covered field with 15 kids in tattered, mismatched hand-me-down gear, NE Wisconsin now has seven youth programs feeding 12 High School programs. We hope to see that growth continue."