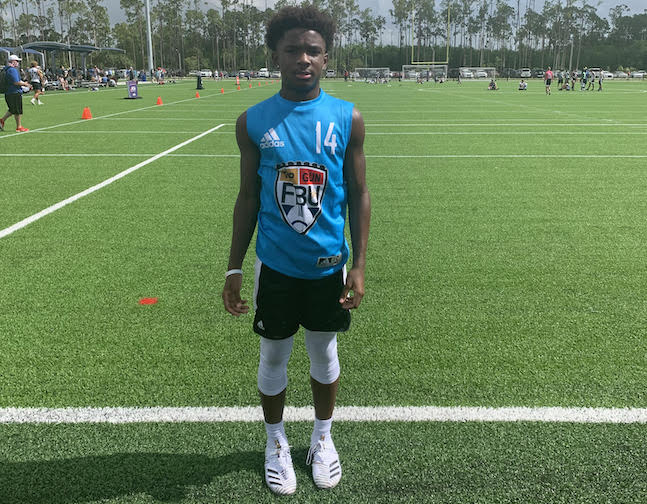 Jordan Allen is one of the best players from the Dacula, GA area in the Class of 2025.

The 5-foot-4, 127-pound Allen, who attends Dacula Middle School, is a dynamic player that works as a wide receiver, running back, and free safety. 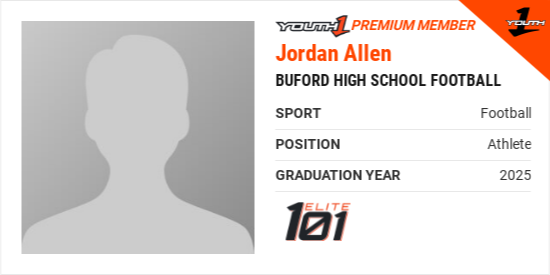 Allen is humbled by the accolades.

“It shows that my hard work and dedication has paid off,” Allen said. “It was a great experience because I got to compete with other top athletes and it is an opportunity for me to compare my skills with other elite athletes.”

No matter the opponent, every game Allen is determined to give it his all.

Allen is going all out.

The motor is always at full throttle whenever Allen steps between the lines.

“My mindset is to play with confidence, always be prepared and trust my teammates,” Allen said.

Allen has great passion and energy whenever he’s on the field. Allen tells why he enjoys the game of football so much.

“It's fun and I like the competition,” Allen said.

Allen has learned many valuable lessons from playing football that he applies to his everyday life.

“I’ve learned to never give up and hard work pays off in the end,” Allen said.

“The 2018 season was my favorite,” Allen said. “We started the season 0-2 and we made it to the championship game. I had a great season and was able to help my team excel.”

Allen takes his role as one of the leaders on the team very seriously. Allen makes sure he’s a daily positive influence on his peers.

“I lead by example, always have a positive attitude and give uplift to my teammates when needed,” Allen said. “The best advice I give is to play full speed until the whistle blows!”

Allen is appreciative of having amazing male role models that are supportive.

“I’ve learned to be a student of the game, study film, pre-snap reads and always give it my all,” Allen said. “The best advice I’ve gotten is to play within myself and do my job.”

Allen patterns his mentality after this dangerous wide receiver.

“I look up to Michael Thomas because  he runs sharp and clean routes. He knows how to beat defenders off the line,” Allen said. “He can defeat any coverage and he does not let anything throw him off his game.”

Allen lists math as his favorite subject in school.

“I am good with numbers,” Allen said.

“I don't have a top school at this time,” Allen said. “I would be honored and humbled if a school offered me a scholarship.”

“I do ladder drills, speed and agility training and I do position training 4-5 days a week,” Allen said.

Allen is striving for greatness in all that he does.

“I would like to be a starter for varsity by my sophomore year,” Allen said.

Allen describes what he believes separates himself from the pack.

“My work ethic, determination and dedication to being a student of the game,” Allen said.