The 2024 class is filled with talented athletes, especially at the skill positions. WR, RB and ATH are among the most well represented positions on Youth1's Elite101 Rankings, which was released last fall.

Among the stellar prospects from the 2024 class is Zycarl Lewis Jr. from Tampa, FL, who came in at #11 on our Elite101 rankings. 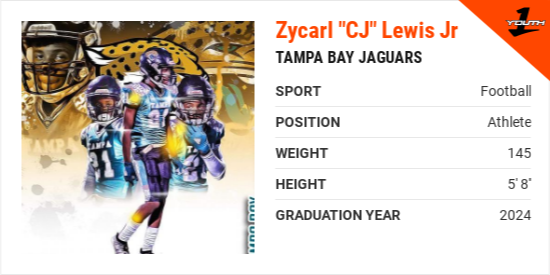 "It feels good to be honored. I know I’m getting looked at so I must be doing something right," Lewis told Youth1.com of being named to the Elite101.

"The ranking says that I’m on the map and that I’m a very skilled player to be ranked #11," he added.

Earning a high ranking on our Elite101 is no small feat. It's a testament to the type of dynamic talent Zycarl Lewis Jr. is on the football field.

Lewis, who most recently played for the North Tampa Rams and Tampa Jaguars, is a lethal combination of size, speed, quickness, and strength. He prides himself as 2024's best Slot Receiver, but if we are being truthful, Zycarl is so much more than that. Lewis has the ability to play essentially every skill position at a high level, which is why he's listed as an ATH on the Elite101 Rankings.

"Slot Receiver and Safety," Lewis said of the position he plays most frequently. 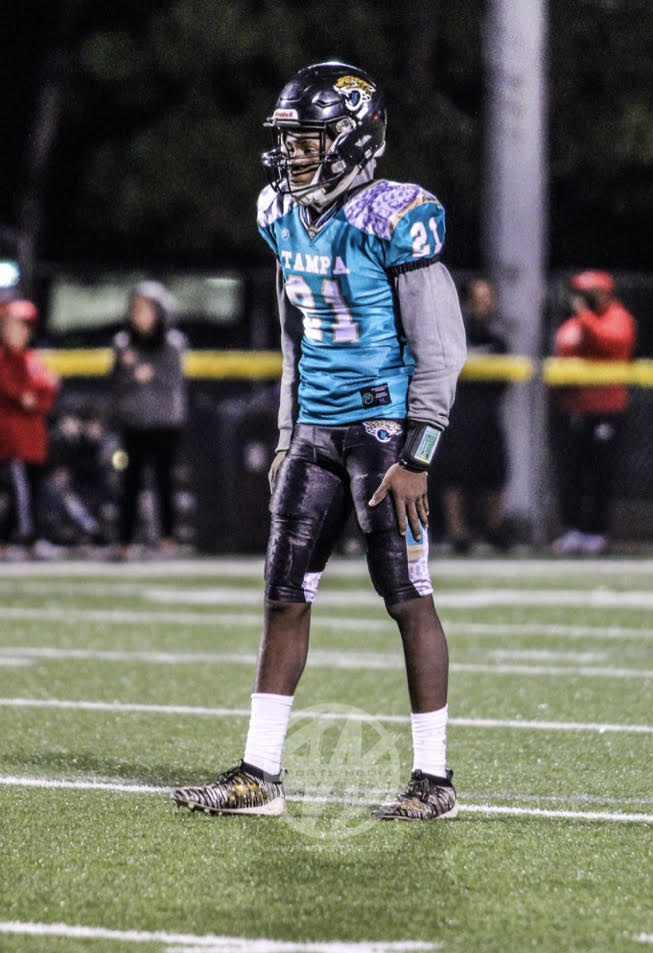 "What I like about Receiver is I’m fast off the line and I can create space from the DBs and Safety. I love to see everything. I can see the Quarterback’s eyes. I can see my Corners getting beat and see the Lineman if it’s pass block or run," he added.

Standing at 5'9 150 lbs., Lewis is electric with the ball in his hands. He shines when in the open field with his ability to break down defenders and rack up yardage. His speed is remarkable. He goes from 0 to 60 in the blink of an eye, which allows him to surge past defenders with ease. His ability to seamlessly transition from playing out of the backfield and lining up at Receiver is impressive.

"Some of my strengths on the field is I know how to play through adversity. another strength is I have another gear in me while running it’s not that easy to catch me," Lewis said.

Lewis appreciates the recognition of being named to the Elite101, but knows there's much more work to be done if he wants to take his game to the next level.

"I’m working on my route running. It's not bad, but I just want to get better and perfect it. I also want to work on my speed cuts in a route," Lewis said.

"For the next level, I need to work on my body and getting bigger and in shape because I know they are way bigger than me and the game is faster," he added.

More than anything else, Lewis just loves to compete.

"My favorite part of playing football is having that brotherhood and competition," Lewis said.

Zycarl Lewis Jr. is among the elite prospects from the 2024 class. Being ranked #11 overall is a testament to his talent level. He remains motivated to keep pushing himself for more and to become the best athlete he can be.

"It does motivates me to push harder and better in everything I do because I know I can do better than that," Lewis said of being ranked #11.

"I am better than that."

I have no doubt that Lewis will work his tail off to show and prove.