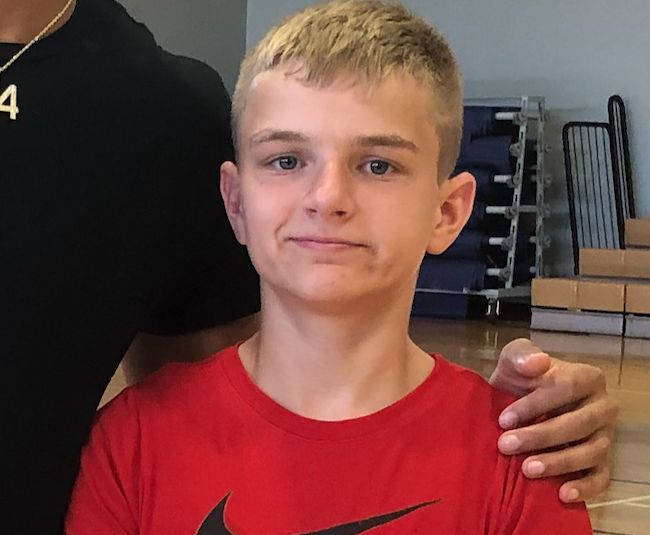 Jacob Rogers is one of the best players from the Tampa, FL area in the Class of 2024.

The 5-foot-8, 130-pound Rogers, who attends Incarnation Catholic, is a dynamic player that works as a shooting guard. 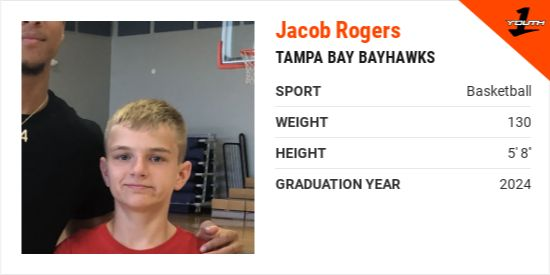 Rogers has earned plenty of recognition during his career, such as being selected as Player of the Month (Tampa Wardogs), three-time school league MVP, and chosen for the IMG Showcase.

Rogers is humbled by the accolades.

“The three MVPs for the school basketball league means a lot to me because I have been going to the school since pre-K4 and that all my hard work and dedication paid off,” Rogers said. “It was a very cool experience and it made me realize that I have to work harder than everybody to be at the top of my game.”

No matter the opponent, every game Rogers is determined to give it his all.

Rogers is going all out.

The motor is always at full throttle whenever Rogers steps between the lines.

“My shooting guard mindset is that I’m always looking for the best play on the court,” Rogers said.

Rogers has great passion and energy whenever he’s on the hardwood. Rogers tells why he enjoys the game of basketball so much.

“The thrill of a win and the drive to work more after a loss,” Rogers said. “I love to just play the game.”

Rogers has learned many valuable lessons from playing basketball that he applies to his everyday life.

“What playing has taught me is that hard work beats talent when talent fails to work hard,” Rogers said.

“Scoring 39 points in one of my last middle school games,” Rogers said. “I told the coach at the beginning of the game that I was going to score 40.”

Rogers takes his role as one of the leaders on the team very seriously. Rogers makes sure he’s a daily positive influence on his peers.

“I am always the first to help a teammate up. I never let a loss ruin my mood and I’m supportive to my teammates even when the game isn’t on our side,” Rogers said. “The best advice I give is to be confident.”

Rogers is appreciative of having amazing male role models that are supportive.

“I used to be very shy and would always look for the pass and never the shot. My coaches have continued to remind me that my skills deserve to be shown. They have helped me be more confident on the court,” Rogers said. “They have taught me how to have good sportsmanship.”

Rogers patterns his mentality after this rising star.

“Luka Doncic because he has a very high basketball IQ and great work ethic,” Rogers said.

Rogers lists math as his favorite subject in school.

“My dream college is the University of Kentucky because they are known for developing a player’s shooting ability,” Rogers said.

Rogers is striving for greatness in all that he does.