Make Your Lacrosse Highlight Reel Sizzle - Tips from a Scout

Make Your Lacrosse Highlight Reel Sizzle - Tips from a Scout 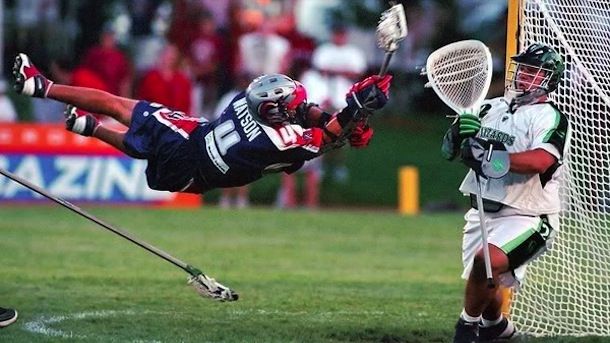 Over the past few years, highlight reels have become an essential part of getting recruited. They won’t make or break the recruiting process (reels can literally make anyone look like a stud), but they’re vital in terms of getting on a college’s radar and solidifying interest.

However, some lacrosse recruits seem to struggle when it comes to making the perfect highlight reel that leaves the right impression, properly details every part of a skill set and includes contact information.

With that said, I’ve put together over 10 tips on what to do and what not to do while putting together a highlight video.

Put all of the best plays towards the beginning. There’s a reason that this is the first one on the hit list – it’s the most important. Most college coaches will probably watch the first minute and a half to two minutes then move on if they’re not impressed. Cram your most impressive plays into the opening segments. Start with a bang, don’t finish with some sort of grand finale.

Quality over quantity. To piggyback on that last point, put together four and a half minutes of your strongest plays rather than nine minutes of mediocrity. There should be a two-song limit (at the very most) on every reel… And I’m not talking Led Zeppelin’s “Stairway to Heaven”.

Show a broad range of your game. Can’t stress this one enough either. If you’re an attackman, it shouldn’t just be goal scoring – show different kinds of dodges, riding, moving off-ball, EMO, feeding and ground ball play. If you’re a midfielder, same goes but make sure to throw in some transition and plenty of D. Some defensemen make the mistake of only including takeaway checks and then them bringing the ball over the midline. Coaches want to see the full scope – include off-ball play, clearing and hustle plays. Goalies, in particular, do an awesome job of showing their all-around game, not exclusively shot-stopping.

Include contact info and grades/scores. College coaches want things to be as easy as possible. If they like what they see, they’ll want to contact you, so make sure to put your own contact info as well as e-mail and phone numbers for your club and high school coaches. As for grades, these guys won’t waste their time recruiting a prospect who has grades that don’t meet their school’s academic standards. Put them on the reel.

Make accessible on cell phones. This should probably be a given, as there are many idle hours for coaches (i.e. airport terminals, in between summer club games) without computers. Again, make things easy. Nobody wants to get a note that says that a particular YouTube clip won’t work on a smartphone.

WHAT NOT TO DO

Don’t have bad language in any songs. I’ve been with coaches that pull up reels only to be welcomed by F-bombs: that e-mail was promptly deleted. It may sound drastic, but then again everything in recruiting is about making a strong impression. Leave out curse words, racial slurs, homophobic language and sexually suggestive lyrics.

Don’t load up on clips against poor competition. A lot of highlight reels can be taken with a grain of salt due to less than stellar competition. It’s not a requirement, however it’s always nice to see players show text of the club teams or high school programs that they’re playing against. Can’t hurt.

Avoid sending excessive amounts of e-mails. You don’t want to be that annoying recruit. There’s no need to send a coach an e-mail along the lines of ‘Hey, I scored two goals last week, here they are!” … That’s excessive and frowned upon. Less is more.

Leave out crazy special effects and noises. I’ve seen some crazy things on player videos over the years, whether it’s the sound of a bomb going off, motivational quotes or the sound of rain and thunder for four straight minutes (Seriously). Remember – it’s a highlight reel, not a movie trailer.

Do not ask for detailed feedback. This may come off as rude, but a small percentage of coaches would be receptive to the idea of complying with a prospect and breaking down their strengths and weaknesses in an e-mail. Ask your coach or your older brother, not a D1 assistant…. or me.

Don’t use anything but Vimeo and YouTube. Sources like Dropbox and Hudl cause headaches, so keep it simple and use the only two video sites worth using. Also, it’s 2017, make it high-def.

Ty Xanders has been working in lacrosse journalism since 2009 as he finished up high school at St. Paul’s. Hailing from the Baltimore suburb of Towson, he played lacrosse up to his sophomore year when he gave up the sport and soon began to cover college football recruiting and both prep hockey and lacrosse. As a senior, he began contributing to Inside Lacrosse, writing over a dozen game recaps in the Mid-Atlantic and Northeast. From there, Xanders attended Lynchburg College (Va.) and Essex Community College (Md.) for a year before focusing more on writing, doing a summer internship back at IL and spending the next several years as a freelancer covering commitments, tournaments and the high school lacrosse scene. Ty was hired on a full-time basis in March 2014 and finished his career at the magazine/website in August with over 500 published articles. In addition to writing, Ty is a correspondent with LaxSportsNetwork, making several appearances per month from color commentary, in-studio appearances and Skype interviews. He’s also made several other appearances doing podcasts, radio and TV. (Per RecruitingRundown.com)