(Youth1) â Youth1 recently caught up with ESPN Lacrosse analyst Quint Kessenich, the 4-time All American goaltender from Johns Hopkins University. Quint won 2 national championships while in school and is generally regarded as one of the top goal tenders in the history of Lacrosse. He spoke with Youth1...

Y1- Can you talk about your experience as a youth athlete and how important it was in your development?

QK- I think youth sports prior to 6th grade are vastly over rated and often do more harm than good to an athletes psyche and skill set.  I encourage kids to play in their backyards, against the wall, in their driveways, and in unstructured pickup games until 6th grade.

Y1-The game of Lacrosse on a youth level is growing at an unprecedented rate. What is the reason for this explosion in popularity?

QK-The game of lacrosse is popular for many reasons.  Itâs action packed, creative, and requires skill. Itâs a fun sport thatâs challenging, physical, hard hitting, high scoring, and anyone can play because you don't have to be a giant to play. 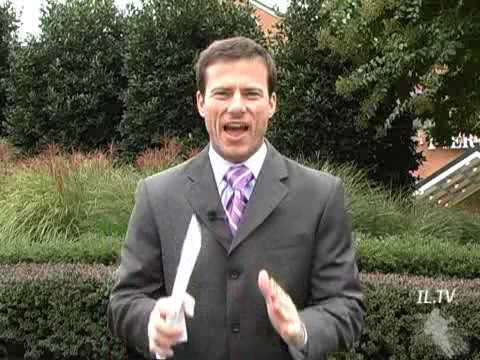 Y1- What other sports did you play as a youth?

QK- I competed in football, wrestling and lacrosse; then during the summer I played a ton of softball.

Y1- At What age do you think it is appropriate to start specializing in one sport?

QK- Never. Never. Never. Even MLL lacrosse athletes should be cross-training by playing other sports like indoor soccer or basketball.

Y1- How does playing Lacrosse help athletes in other fall sports like football and soccer cross train?

QK- Playing more than one sport assists in developing traits that'll help you be successful in life.  Traits such as time management, game management, working towards a goal, teamwork, sacrifice, discipline, stress management, interacting with your teammates and coaches are all skills that are learned through competitive sports in high school.

Y1- When did you start playing goalie?

Y1- What advice do you have for youth goalies? Practice drills?

QK- Iâm not big on goalie-specific drills; but I would throw the ball against the wall for 8 hours per week for high intensity reps and was always getting shot on by older players who could shoot faster than my peers. However, I believe the only way to get better is to get in an actual goal and get shot onâ¦a lot.

Y1- At what age do you think it is appropriate for a youth player to start specializing at one position?

QK- I believe in 9th grade players should start to specialize. Some of the best players I've coached at the HS level at Boys âLatin, benefitted from a late change of position.  Just for a few examples, guys like Ryan Mollet, Charlie McComas and Mitch Hendler all switched from midfield to defense late in their careers and began stars in Division I.

Y1- You grew up on Long Island which is a hotbed for lacrosse, what advice do you have for players who are in areas where the youth programs are less developed?

QK- Hit the wall and play pickup as much as you can with a core group of friends. 3 on 2's and 2 on 1's are a great way to train in the driveway or backyard. Another great way to develop is by watching as much quality lacrosse as you can on television and mimicking the moves and shots you see.

Y1- When you first went to Hopkins did you feel that you could compete right away or was it overwhelming?

QK- When I first got to Hopkins it was a little of both. The ball, the game and everybody on the field moved much faster and were capable of blowing past me if I wasn't ready. I think the hardest part of the transition was learning to practice at an elite level every single day - in high school I wasn't challenged as fiercely on a day-to-day basis, so it was a shift for me. I didn't make my first start until April of my freshman year and in hindsight that was a blessing as it gave me time to clean up my game and fix some typical high school bad habits.  I believe I initially had success as a freshman because I was surrounded by supportive teammates and exceptional coaches who kept things very simple for me and allowed me to play to my strengths.