Across the Pond: U13 Star Gregor Mills | Youth1
Skip to main content

Across the Pond: U13 Star Gregor Mills

Across the Pond: U13 Star Gregor Mills 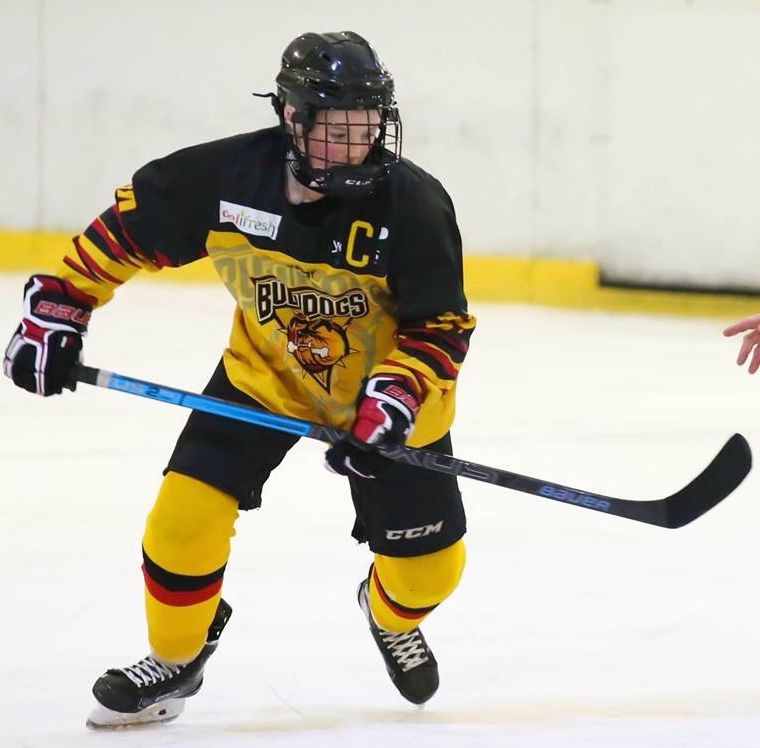 England, like the United States, has a very proud history of sports and athletes. Athletes like Wayne Rooney, Andy Murray, and David Beckham dominate the headlines for English born star athletes. It’s very rarely that an English born ice hockey player is brought up for being dominant in the NHL. Steve Thomas is the most famous English born ice hockey player, and unless you are a true hockey fan, you may just be reading this shaking your head, not knowing who that is. Gregor Mills from Durham, England is setting his sights on being that transcendent English name.

Gregor is a 12-year-old center for the Bradford Bulldogs U13 and U15 hockey teams that play in the English Junior North League. This season he has started to turn heads with staggering numbers at the U13 level. 19 Games Played, 54 Goals and 17 Assists for 71 points, 23 points ahead of the next player. He is the leading scorer in the entire country of England at this age group. He also played 17 games for the U15 team scoring 7 goals and 4 assists for 11 points, while playing against kids that are 3 years older. This season for his performance on the U13 team he earned him the 2018-2019 Forward of the year and the 2018-2019 Coaches player of the year.

On top of playing for his home club team of Bradford, he recently played for Akureyi Ik U14 out of Iceland at the Rosvalla Gastabuds U14 Cup in Sweden, where he scored 6 points in 7 games, while playing up two age groups. He is also playing up, once again, for the U15 Bradford Bulldogs at the Sheffield Tournament in June.

Gregor knows that you need to play against the best in order to get better. He notes that his toughest competition this past season was the Orebro Ik U14 team at the Rosvalla Gastabuds U14 Cup.

“They were a very big, fast, and physical team.” –Gregor Mills

This season was a breakout season for the English star, but he’s not being complacent. He has his sights set on next season already. His goals for next season are to be the top U15 point scorer in all of England, to play in an international tournament, to train in a European or North American elite level camp, and to continue to develop as a player and a person.

Every player has their niche, Gregor is no different, he plays a fast physical offensive style that allows him to be able to compete in corners, in front of the net and play up age groups. His favorite NHL player is Austin Matthews from the Toronto Maple Leafs. He likes the way he carries the puck and his unique shooting style. But his favorite thing about Matthews is that he’s a great team player and also that he didn’t come from an area that’s a huge hockey market.

One of the things that stuck out to me while reading through the different player profiles that get submitted here is Gregor’s dedication to becoming the best player that he can be. He takes his training very seriously. He wakes up early in the morning before school, every day, to shoot pucks. Knowing that England is not a hockey hotbed in the world, he knows that he will have to do extra to get noticed. Gregor keeps a poster on a wall in his bed room that says, “I can, I will, Watch Me.” Every time he takes the ice he’s determined to outwork everyone else on it.

Gregor’s strengths include, being physically strong and quick. He has a good shot, can carry the puck well, has a good hockey IQ and is very easily coachable. Knowing his own game and his weaknesses he said that he’s always trying to get faster, working on his one-timers and shooting while his feet are moving.

If you follow his dads twitter account, you will see that Gregor has a very old school approach to working out, training, and shooting pucks. Lots of tires flips and pushes, hill sprints, kettle bell training, and shooting in a fenced in area highlight his at home workout program. On the ice he works on his starts and quick feet with private sessions away from his team.

Outside of ice hockey Gregor also enjoy playing soccer and basketball for his school. He also likes to mountain bike, swim and watch movies in his down time. The Blind Side being his favorite movie of all-time. In school his favorite subject is physical education, he loves to be constantly physically challenged and always-in motion. Fuel is essential for athletes and his favorite food a rare fillet steak.

While Gregor has no legacy of family playing professional hockey, when he grows up he would like to be the first!