17 training camps that give youth hockey players an edge

17 training camps that give youth hockey players an edge 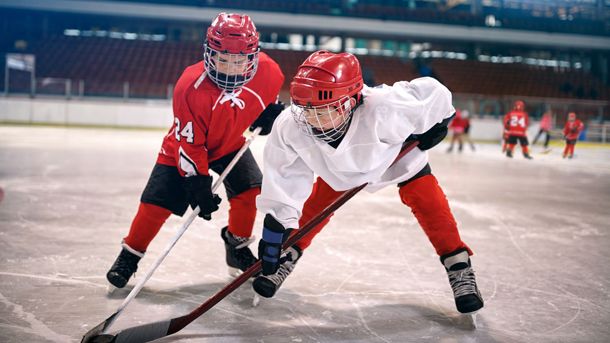 Summer vacation and the offseason synch up quite nicely, so there are ample opportunities for committed youth athletes to work on their skills during those months. In June and July, when others are thinking about the beach, youth hockey players commit to their skills and hone in on footwork, puck control or any other parts of their games that need work.

To push that training to the next level, you want to work with someone who’s been there before. That’s why we’ve put together this list of hockey camps led by former professionals, whether that’s as a player, as a coach or both.

Take a look at these 17 youth hockey camps to find an opportunity for you to give yourself an edge for next season.

The RB Hockey School in New Jersey hosts camps in that state and Massachusetts throughout the summer where youth hockey players can train for half days, full days or immersive weeks with a boarding option.

Coaches include Ed Kessell, a former member of the USAHL South Shore Braves and the AHL for the Rochester Americans who helps lead goalie development; and Jon Lounsbury, a former defenseman for the Huntsville Havoc, who teaches skills development.

Mav X Hockey in Omaha offers one-on-one training and skill development camps throughout the year for hockey players of all age ranges. “Utilizing our training, playing and coaching experiences along with the hockey resources available in the Omaha area, our intention is to create, teach and improve Omaha and surrounding area youth hockey players into top performers,” the team says.

A former defenseman in the NHL and AHL (where he earned a best defenseman award), Jeff Serowik coaches some of the best youth hockey camps in the country at Pro Ambitions Hockey. Defensive players especially will want to look into the Defense With Jeff clinics he holds around the country. These clinics are typically short — just a day or three — but pack a lot of good training into that time.

Versatile Hockey in Massachusetts hosts four-day youth training camps that are typically capped at 45 students. The staff of instructors is impressive, with a list that includes Blake Bellefeuille, the first American player to sign with the Columbus Blue Jackets in 2000.

4D Hockey, just outside of Detroit, hosts hockey camps in both Michigan and the Czech Republic to develop an international class of youth hockey players. Some of the skills instructors who lead those camps include former USHL All-Star Christopher Zarb and owner Petr Tichy, a Czech professional who played in European leagues before becoming a coach.

IH Pro hosts elite youth hockey camps around the world — the summer of 2017 will see camps held in Paris and Helsinki. Former pro Maxim Ivanov, now the skating coach for the Pittsburgh Penguins, leads the camps.

“Our training processes will accentuate on the processing of the skills of power-skating, which implies  maximum maneuvering in short distance of ice rink with optimum usage of pushes and width of step,” the IH Pro team says. “We also pay special attention to stickhandling during power struggle and techniques of  sharp and wide dribbling.”

Scorers Edge in Wauwatosa, Wisconsin, offers private lessons, strength and conditioning training sessions, and camps throughout the summer for boys and girls of all ages. Founder Matt Murray, who played professionally in Germany, has already trained a generation of hockey players both through his camps and as the Director of Hockey for the Milwaukee Jr. Admirals.

Former Bruin, Islander and Senator Graeme Townshend founded Townshend Hockey in Maine to teach skating and skills to up-and-coming hockey prospects. He hosts scores of day-long camps throughout the year, and he counts among his former students 2004 NHL playoff MVP Brad Richards of the Tampa Bay Lightning.

Another member of that 2004 Stanley Cup Champions Lightning team is represented at Ricci Hockey in goaltender consultant John Grahame. Grahame and the rest of the team at Ricci Hockey host skills clinics throughout the year in Denver.

Mike Harder, the all-time leading scorer at Colgate who enjoyed a 13-year career as a pro, is the director of the Colgate Youth Camps. These four-day camps emphasize both skill improvement and “the relationship between hockey and education,” camp organizers write.

The Ozaukee Ice Center in Mequon, Wisconsin, is led by general manager Chris Donovan, former team captain for the University of Wisconsin-Milwaukee’s hockey team. The center hosts a couple of youth camps that run for two and a half months during the summer: An elite camp for mites to peewees, and a skills and powerskating camp for everyone from mites to high schoolers.

Top Dog, which has five locations around Minnesota, hosts weeklong camps for hockey players of various age ranges, including accelerated camps for standout youth athletes. Top Dog has a roster full of coaches with pro experience, including:

Massachusetts Hockey hosts camps and clinics throughout the year for boys and girls interested in learning better skating, skills or goaltending. Among the CCM High Performance coaches are Blake Bolden, a first-round pick in the Canadian Women’s Hockey Team and league all-star, and Clarkson Cup Champion Rachel Llanes, who won the title in 2015 with the Boston Blades.

Ike Corriveau, a 20-year veteran of the NHL, is the coaching director for the Connecticut Chiefs and helps lead the elite skills camp for forwards and defensemen. These weeklong camps are the perfect opportunity to develop skills like puck control, foot speed and passing.

3O3 Hockey in Minnesota recently welcomed to its team Gordie Roberts, a member of the U.S. Hockey Hall of Fame who began his pro playing career as a 17-year-old in 1975. Later, Roberts became an assistant coach for the Phoenix Coyotes and a pro scout for the Montreal Canadiens. 3O3 hosts camps and clinics for both boys and girls all summer long.