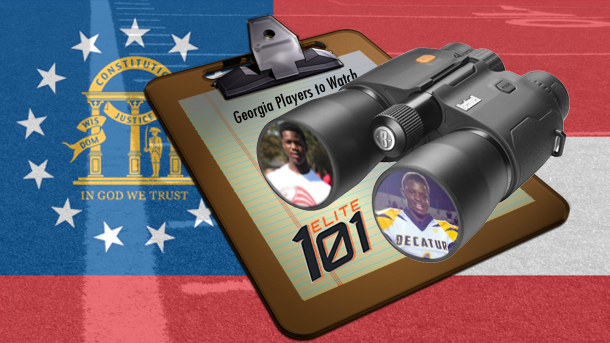 Talented youth football players striving to take their respective games to the next level must work around the clock to get a edge on their competition. While the spring may be the offseason for some, athletes dedicated to their craft are working tirelessly through camps and combines. Camp and combine season is a time to work on the nuances of the games in a competitive environment. A time to work on speed, footwork, technique, positioning and other small things that translate big time during the season.

Georgia, a state known as a hotbed for football talent, is the home of countless youth athletes that’ll be grinding through the spring in hopes of getting better.

With the camp and combine season rapidly approaching, Youth1 identified a few Georgia players to watch for this spring. 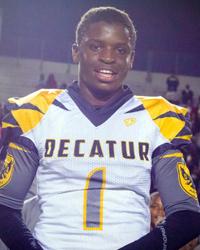 The sky’s the limit for quarterback Chad Mascoe, who has a cannon arm, superb athleticism and football smarts. He was a standout at the FSG Albany (GA) Tryouts, where many onlookers took notice of his serious potential.

“He has a great arm,” FSG founder and Team Georgia Director Valister Wilson said. “His football IQ and maturity are above his age. He makes very good decisions. He’s going to be special.”

At 6’0, Mascoe stands tall in the pocket and uses his superior field vision to find open receivers downfield, displaying a great touch on his throws. When he moves out of the pocket, he is able to keep his eyes downfield.

Mascoe is a dominant presence on defense at outside linebacker, as well. However, it’s the quarterback position where he excels the most.

“Chad Mascoe is the type of kid that could be the number-one-ranked player in the country,” Wilson notes. “He is that good.” 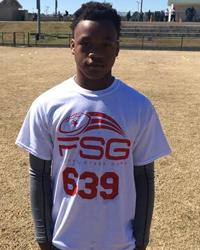 Running back Leterrell Gibson uses his strength, agility and speed to make an impact every time he touches the ball. Modeling his running style after bruising NFL back Marshawn Lynch, he is a downhill runner who is always looking to run over opponents. He adds another offensive threat with his receiving skills coming out of the backfield. His standout performance at the Fayette FSG tryouts earned him MVP honors.

“He’s a hard-running, explosive running back that runs with heart and determination, and capable of scoring from anywhere on the field,” FSG’s Wilson says. “He has a very high motor and does a great job finishing his runs.”

He also contributes on defense as a linebacker, specializing in open-field tackling. 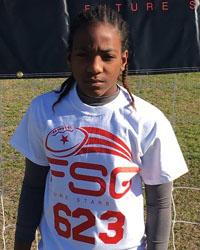 While Smith stands at 4’9, 105 lbs., don’t let his size fool you. He's a tough player who plays both running back and defensive back. Smith has great instincts and knows how to reads plays before they develop. He’s a hard worker who is willing to play either offense or defense. He’s a team player who is working on being the best player he can by improving his speed. His relevant accomplishment of being named FSG Albany Tryout MVP helped put him on the map and helped him garner attention. Wilson stated Davion Smith is a talented athlete that could excel as either a defensive back or slot receiver. 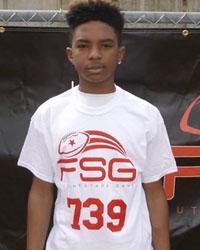 Standing at 5’7, 125 lbs., Atkins is a great athlete who is a hard worker. Atkins is also extremely competitive. His relevant accomplishment of being named FSG Columbus Tryout Standout helped put him on the map and garner attention. 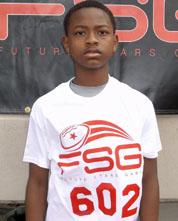 FSG Clayton County tryout MVP Cameron Cainion is a receiver who combines outstanding route running and speed to make plays all over the field. He’s undersized for the position, but he compensates for it with great footwork and exceptional cuts, as well as consistent hands and great vision while running. His ability to lose defensive backs leads to many breakaway receptions.

On the defensive side, Cainion is a lockdown defensive back.

“He’s a quick, explosive slot receiver that can’t be covered. He runs really good routes. A DeSean Jackson type. Good leader, too,” FSG’s Valister Wilson notes. Wilson adds that while he is a talented defensive back, he definitely has a future as a receiver and kick returner. 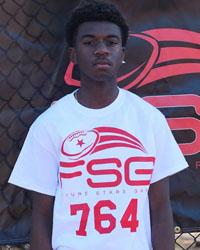 David Goodwin is looking to continue his ascent as an emerging two-way player. The Class of 2021 WR/DB was the FSG Albany Tryout MVP in Georgia as a 7th grader last season. The 8th grader will go from back-to-back MVPs when this year’s tryouts are held on Feb. 26 in Leesburg, GA. Goodwin is a wrecking ball but still has the finesse and fluidity to make a wide range of plays on the field.

FSG Director Valister Wilson marvels at the symmetry in Goodwin’s game even at a young age.

“Goodwin is just a very physical player with really good size and lateral movement for a kid his size and his age,” Wilson said. “He has physical talent and the ability to make plays on the field.”

“Goodwin had a very good game for a Georgia team that was really loaded on offense and he did a lot of stuff well,” Wilson said. “He’s still young so he’s going to get even better as he works hard and learns the game.” 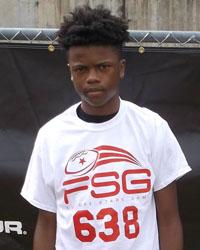 Speed kills and that’s no more evident than in wide receiver Jaimel Johnson. At 5’9, 150 lbs., Johnson is an elusive and dominant receiver, putting pressure on the defense when he gets into the open field, using stutter moves to elude defenders. He’s also tough to bring down, churning his legs for extra yards. His skills were on full display at the Columbus FSG tryouts, where he was named MVP.

Johnson also plays both the linebacker and safety positions, where he is a force on defense.

“He’s a tall receiver that is a matchup issue. Standing almost 6 feet in seventh grade makes him a problem,” Wilson says. “He’s a really talented guy. I’m interested to see how he develops and grows. It’s a high ceiling for him.” 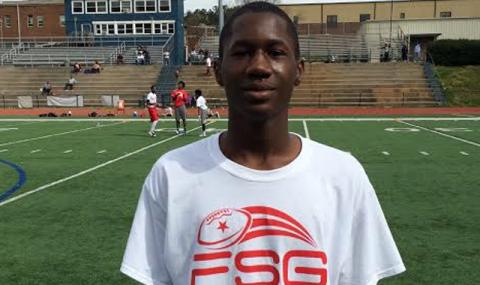 Standing at 6’0, 150 lbs., Martin is an outstanding athlete with great hands. He has a unique size for his age range. He knows how to use this unique size to his advantage. He has deceiving speed and knows how blow by defenders. Martin is a hard wide receiver to cover with his athleticism and reliable hands stand out.

He has a great football I.Q. and knows how to locate the football. He is a reliable target and a dependable target for a quarterback. He knows how to fight for the ball to make the catch. His relevant accomplishment of being named a Next Gen ATL Standout and helped him garner attention. Wilson described Martin as a kid just learning the position but has an extremely high ceiling. 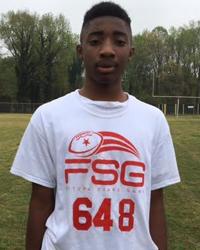 The 5’10, 155 pound receiver has great speed and good hands. Morrissette is a tough player to cover who is a reliable target for any quarterback. He knows how use his speed and height to his advantage.

He’s a versatile athlete who can contribute and play on defense as well as a linebacker. His relevant accomplishment of being named FSG Gwinnett Tryout MVP helped put him on the map and helped him garner attention. Wilson mentioned that Morissette has the size and skill set to be one of the top ranked receivers in the country. Not many can match his size, speed, and hands. He also compared him to Terrell Owens. 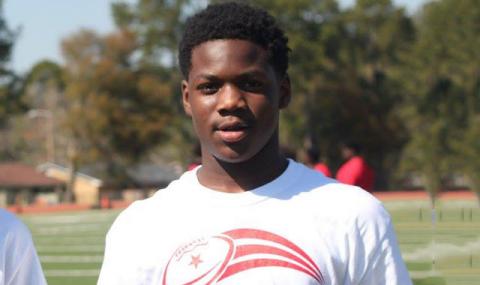 Bailey is an aggressive, dominant inside linebacker with good size, strength and playmaking abilities. At 5’9, 160 lbs., Bailey is an imposing figure for a middle-school linebacker. The talented Bailey is able to knock running backs off their routes, stop them at the line of scrimmage and physically overpower them before they make a play. He also offers excellent coverage skills, with the ability to break up passes or make an interception. Bailey was a force during the FSG Albany tryouts, being named MVP.

Valister Wilson says, “He’s a big, physical linebacker who moves very well for his size. He has a bright future.”

While he plays primarily inside linebacker, Wilson believes that he could play outside, as well. 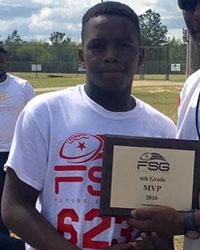 Standing at 5’6, 145 lbs., Rutledge is a physical football player who demonstrates good leadership skills as a football player. Rutledge has good football instincts and has a nose being around the football. He is a very competitive player. His relevant accomplishment of being named FSG Warner Robins MVP helped put him on the map and helped him garner attention.

TJ Scott
Football | Defensive Back
Get your profile