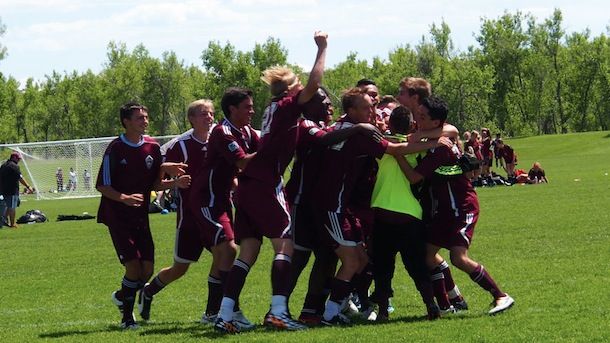 Real Colorado Soccer is a community-based organization that is committed to helping each player learn, grow and celebrate his or her love of the game. It is dedicated to developing character, integrity and personal growth for the youth player, student-athlete and future leader. It serves the community with a continuing tradition of fun and excellence in developing players, coaches and teams.

Based in Centennial, the organization cultivates highly successful teams, with three squads flourishing as the top-ranked teams in the state.

The girls U12 team, Real Colorado National 05, helmed by coach Rivers Guthrie and manager Lindsay Wilson, has a 23-6-7 record and were the tops in the 2017 CSA State Championships: Region 4 - Level One, as well as taking second in the CSA 2015/2016 Advanced League and the CSA 2016/2017 Colorado Champions League Fall. The 05 team was also semifinalists in the 2016 soccerloco San Diego Surf Cup.

With a 29-13-9 record, the boys U14 Real Colorado National 03 squad is equally impressive. The team has racked up 108 total goals while allowing only 0.77 goals per game, which is why they were champions of the 2016 Players Cup and finalists in both the Spring 2017 CSA State Championships: Region 4 - Level One and the NPL Finals. With Jack Lima as coach and Amy Moyle as manager, the team was also first in the CSA 2015/2016 Advanced League, second in the CSA 2016/2017 Colorado Champions League Fall and semifinalists in both the Denver Winter Invitational 2017 and the 2016 Real CO Cup Featuring Colorado Showcase.

“It’s a reflection of the hard work of our coaches and players,” said Real Colorado CEO Jared Spires of the teams’ triumphs. “It’s also the ongoing excellence of our older teams, which inspires our younger teams.”
Spires noted that there’s one important ingredient for pure soccer enjoyment. “We have more fun than anyone else―fun is the biggest motivator of playing,” he said. “You gotta have fun.” 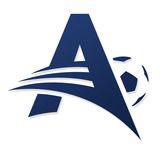 The Fort Collins Soccer Club has grown from a two-team, 30-member volunteer organization in 1978 to the largest soccer club in Northern Colorado. It features development and support of coaching excellence, employee growth, volunteer opportunities, outstanding service and superior facilities, with more than 5,000 participants each season.

The nonprofit educational organization is committed to developing every player to their highest potential and encourages players to compete at the highest level of their ability. Supported by an active and involved board of directors, the highly trained staff is experienced, educated and motivated to provide the best soccer experience possible.

The FCSC’s competitive youth teams, Arsenal Colorado, include two top-ranked squads. The girls U11 06 team has a 19-3-3 record and have been champions of three highly competitive tournaments: the 2016 Players’ Cup; Sereno Showcase 2017; and the 2017 CSA State Championships: Region 4 - Level One. Coached by Jayme Beamer-Halsey and managed by Janie Wagstaff, they also took first place in the CSA 2016/2017 Colorado Champions League Fall and were semifinalists of City of Las Vegas Mayor's Cup International Youth Soccer Tournament 2016.

“The stats are great,” Halsey noted, “but what you can't see are the thousands of hours of training, freezing days, snow, wind, playing hurt, being injured for the first time, traveling out of state for the first time, ice baths, pushups, fitness, styles of play, chalk talks, expectations and most of all, accountability.

“They learned to be a team,” she added. “They absolutely earned it, and I couldn't have been more proud of them. They truly are a special group.”

Another Arsenal team that earned its success is the girls U14 03 team (18-6-25). Led by coach Kelly Labor and manager Carrie Rogers, it has also been a top-ranked state team, taking first place in the CSA 2016/2017 Colorado Champions League Fall. The 03 team was also a finalist in the Arsenal Cup 2016, as well as semifinalists in the Fall 2016 CSA State Cup and Presidents' Day Tournament 2017. 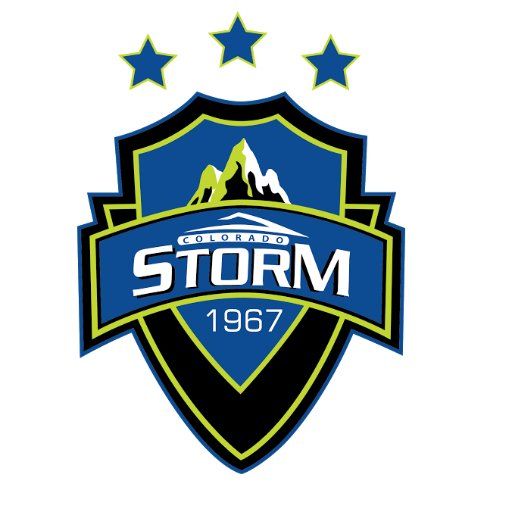 For 50 years, the Colorado Storm Soccer Association has been one of the top leaders in competitive youth soccer and home to thousands of soccer families in Colorado. Founded in 1967, the Storm has not only been engaged in promoting the game of soccer but in the development of Colorado’s youth. During the last 10 years, demand for the Storm's programs have grown as a result the organization operating in four regions, Fort Collins, Denver, Centennial and Castle Rock, with 7,500 boys and girls, for ages 3 to 18. Storm implements a world-class model of player development, under the direction of nationally respected staff and coaches, with experience in the MLS, U.S. National Team, college (Division 1) and the U.S. Developmental Academy, to provide the best environment possible for each player to develop to their highest potential.

The boys U13 team, 04B Select Seville, is continuing the organization’s winning ways. Under the direction of coach Gary Seville and manager Ian Gray, the team has an impressive 22-4-7 record and championships in three tournaments: the 2016 Colorado Storm Premier Invitational; 2016 CSA Presidents Cup; and the Trebol Colorado Shootout - 2016. The top-ranked team also took first place in the CSA 2016/2017 Colorado Champions League Fall and finished fifth in the CSA 2015/2016 Advanced League.

The boys U12 team, the South 05B, are following their older counterparts’ success with a 16-3-6 record and championships in the 2016 Colorado Storm Premier Invitational and 2017 CSA State Championships: Region 4 - Level One, In addition to taking fifth place in the CSA 2016/2017 Colorado Champions League Fall. With coach Levi Boggess and manager Tricia Patterson, the 05B team has netted 75 goals while allowing just 28 overall, and should continue the Storms’ winning tradition.

“We have an environment that’s about teaching the game, and [the kids] enjoying it,” said academy director Brian Haynes. “We want to create difference-makers, and we’re very proud of producing the best players in the state.”

The Colorado Rush girls U13 04 team is looking to repeat last year’s success in several tournaments, with a championship in the Denver Cup 2016; being a finalist in the CSA Fall State Championships: Region 4 - Level One; semifinalists in Southern California’s Blues Cup 2016; third in both the CSA 2016/2017 Colorado Champions League Fall and 2016/2017 Desert Premier League; and fourth in the CSA 2015/2016 Advanced League. Led by coach Russell Finch and manager Stephanie Head, the top-ranked team has a spectacular 29-7-11 record.

“We have a philosophy called The Rush Way, with 11 core values [listed on the organization’s website],” said Finch. “It’s consistent from top to bottom. We’re developing good people to become good soccer players.

“Our players use technique and intelligence to be successful,” noted Finch. We say ‘freedom without fear’ at every practice, every game. We want them to have that creativity. It is part of who we are.”

The team is part of Littleton’s Colorado Rush Soccer Club, an organization established to provide an unparalleled personal-growth experience through the game of soccer and to promote life-long participation in the sport. Rush Soccer is committed to providing an unparalleled soccer experience for all who are interested in the game. Members of the U.S .Soccer Development Academy and Elite Clubs National League, the organization promotes the development of character, the electricity of competition and the importance of pure enjoyment. 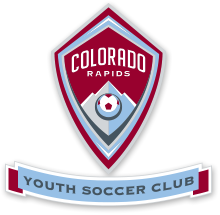 Denver’s Colorado Rapids Youth Soccer Club provides an environment where young soccer players from diverse backgrounds are guided and inspired to reach their full potential both on and off the field. The club is committed to providing the community with a model of quality youth development, education and inspiration through the sport. With 5,000 youth members, it offers competitive and recreational teams, camps and training opportunities for boys and girls of all ages and all ability levels.

“It’s a community of soccer enthusiasts―people who are parents and love watching their kids play, and also like to go out to games,” said executive director Aaron Nagel. “We have a very robust program from preschool and toddlers, and up to 18 and beyond.”

In addition, the club has an exclusive partnership with MLS’ Colorado Rapids, where the kids can develop a bond with the national team.

“It’s great,” said Nagel. “We have 3 and 4 four year olds next to the pros. [The kids] get a chance to meet the players, watch games and be part of the family. Soccer is a culturally deep sport; they love to feel connected to them. There’s a level of appreciation for that opportunity.”

The Rapids’ boys U11 06B Select A team is ranked No. 2 in the state. Coach Juan Martinez and manager Stephanie House have led the team to a 10-1-4 record, taking second place in the CSA 2016/2017 Colorado Champions League Fall. The team was also a finalist in the 2016 Rio Rapids Open and a semifinalist in the 2016 Players' Cup.