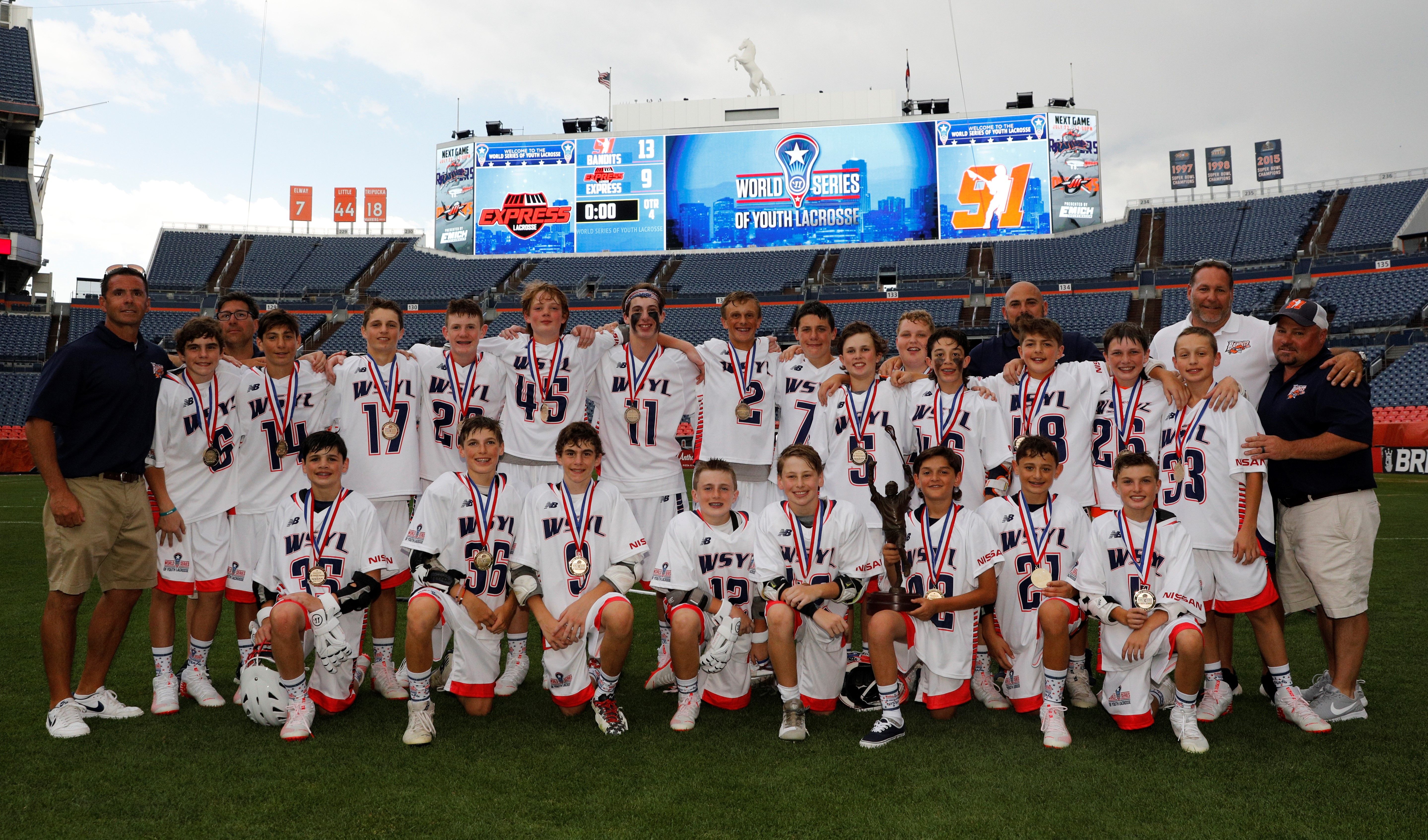 Jack Speidell led the Bandits with five goals, along with three goals and an assist from Jack Ponzio, plus goals from Owen Duffy, Jake Spallina, Tyler McCarthy, JJ Aiello and Patrick Flaherty. Goalie Eric “Easy E” Grahn had 12 saves on 21 shots. The Express had three goals and two assists from Patrick Carragher, two goals by Michael Rooney and Jake Lewis, plus scores from Felix Rockefeller and Justin McMahon. Gavin Creo and Jason Lamay both had assists.

Team 91’s Speidell scored the first two goals of the game, the second with an assist by Ponzio. After taking a 4-0 lead in the game’s first period, the Express valiantly fought back, including two buzzer-beater scores by Carrahger and McMahon to end the first and second periods that cut the Bandits’ lead to 7-6.

Just five seconds into the third period, Carragher struck again, tying the game at 7-7. But with the Express trailing by one late in the period, Speidell scored with 10 seconds left, putting the Bandits up 10-8. In the fourth period, Ponzio added two goals and Flaherty scored one to put the game out of reach.

The Bandits were 8-0 in the tournament, outscoring opponents 96-39. They were led by Speidell’s 22 goals and five assists, Ponzio’s 18 goals and nine assists, Cole Marsala’s 11 goals and eight assists, plus Duffy contributing 10 assists and four goals, along with Jake Spallina’s 67.6 faceoff percentage at the X.

The Express made it to the finals by outscoring teams 98-36, with McMahon’s 28 goals and 13 assists, Carrgher’s 19 goals and seven assists, Michael Rooney’s 14 goals and nine assists, and Rockefeller’s 12 goals and five assists.

The teams have battled several times this year, with the WSYL being highly anticipated by the Bandits.

“Obviously, there’s a lot of familiarity between us and the Express,” said Bandits head coach Joe Spallina at the postgame press conference. “There’s a tremendous amount of respect that we have for them, their coaching staff and their players. They have some great players.

“I’m really proud of our kids,” added Spallina, who was presented with the first-ever Founder’s Award during the weekend’s team banquet. “They rose up today. This is a tournament they’ve been looking forward to for a long time.”

The Bandits’ coach sees the WSYL getting bigger, as well, with the kids truly enjoying this memorable event.

“All I wanted for them was for them to experience what we’re experiencing right now,” Spallina noted. “Having been at the inaugural event, and now this year, the level of competition of these teams is incredible. This event is growing. It’s great to see the sport growing like this. This is the premier event for lacrosse.”