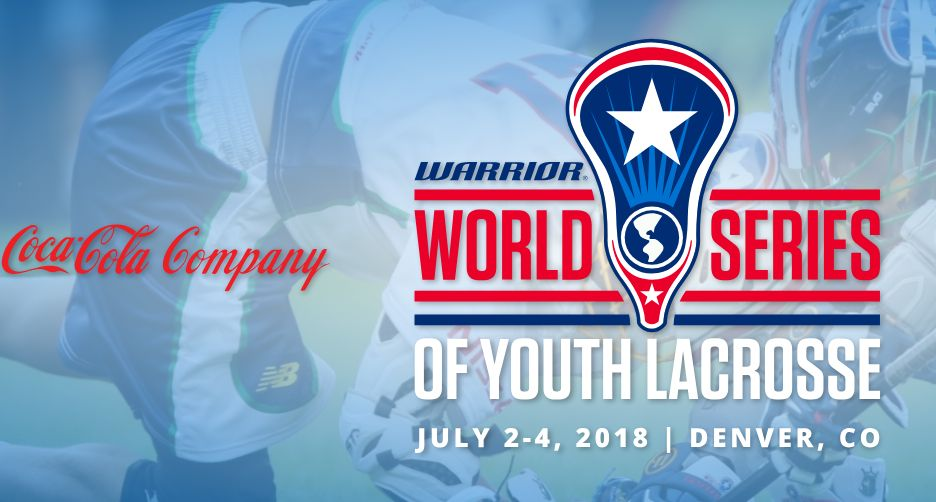 There will be plenty of fireworks the week of July 2-4 when the 24 best 13U lacrosse teams battle it out in the World Series of Youth Lacrosse (WSYL) in Denver, CO. Now in its 4th year, the tournament started with a rigorous series of regional qualifiers to narrow the field to the qualifying teams. A select group of international teams from Canada, the Iroquois Nation, and Israel round out the field. The seeding will consist of four brackets of six teams, with all games played at Dick’s Sporting Goods Park. On July Fourth, the Championship Game will be played at Sports Authority Field at Mile High and broadcast live to millions of viewers on ESPN2 at 6 p.m. EST.

When you’re watching the WSYL Championship Game, you can be sure that you’re seeing the best of the best lacrosse teams. This past spring, the Nissan World Series of Youth Lacrosse/IL 13U World Rankings were assembled based on each team’s performance at one of six Regional Qualifiers held throughout the U.S.

The Team 91 Bandits (N.Y.) hold the top spot after a dominating performance at the WSYL North Regional Qualifier in April. The Bandits went undefeated during a championship run and showed dominance on both sides of the ball, posting a 60-10 goal differential. The team returns to the Championship Series for the fourth straight year and seek to take home the championship for the first time since the inaugural WSYL Championship in 2015.

Ranked No. 2 and in their debut WSYL appearance, the Next Level Spartans (Md.) were a force to be reckoned with against some very talented teams at the East Regional Qualifier in Baltimore. The Spartans outscored opponents 51-17 in their 6-0 run to claim the top spot in the tourney.

While they are ranked no. 3, the Long Island Express (N.Y.) is the returning WSYL Champion and seeks to avenge their loss to the Team 91 Bandits earlier this year in the North Regional Qualifier. The Express outscored their opponents 58-23 during that April weekend and look to be a threat this year, as well.

Rounding out the top five are the Mad Dog West (Calif.), who were the undefeated champion of the West Qualifier by outscoring opponents by 40 goals overall, and True Illinois (Ill.), another first-time WSYL participant that was dominant during the WSYL Midwest Qualifier―leading all teams in both goals scored and fewest goals allowed, which moved them up one spot in the ranking.

Not only will the completion be exciting for the fans, but the event will be unforgettable for the young players.

The WSYL will give the kids an all-out memorable experience. On July 2, after the games are wrapped up, the participants will then enjoy an afternoon of fun and education. The staff from the NFL’s Denver Broncos and Major League Lacrosse’s (MLL) Denver Outlaws will address strength and conditioning and nutrition for the youth athlete. Kids can experience the “sports star” treatment when they visit an ESPN Media Tent and will also receive Warrior/New Balance gear. The afternoon will finish with a WSYL Midas Skills Competition between all teams in events such as the fastest player and fastest shot.

On July 3, players and their families will attend an evening banquet on the Club level of Mile High Stadium. The banquet will feature autograph sessions, music, contests, raffles and a special guest speaker.

On July 4, during the pre-game Championship ceremonies, all 24 teams will be a part of an on-field procession that will be covered by ESPN2. After the WSYL Championship Game, all players and families will remain at Mile High to watch the Denver Outlaws game, which will be followed by a dazzling fireworks display.

One parent posted on the WSYL Facebook page, “It was such an amazing experience that my son wants to go back this year even if he does not play! Thank you, Jake Steinfeld [founder of MLL and the WSYL], for creating a-once in-a-lifetime experience for kids and families who love lacrosse!”

Another parent declared on Facebook, “The most amazing experience for these boys. Jake Steinfeld created this dream tournament and venue. Hope it continues to grow.”

MLL star Rob Pannell, who plays for the New York Lizards, said on the 2018 WSYL YouTube trailer, “I wish I had an event like this growing up. [The kids] are treated like first-class and world-class athletes, so I can only imagine where this event will be five, 10 years from now.”

“The sky’s the limit for this event,” said MLL legend Casey Powell on the trailer. “I see this as being the biggest event in youth lacrosse. It’s exciting for the players and exciting for the fans to be a part of it.”