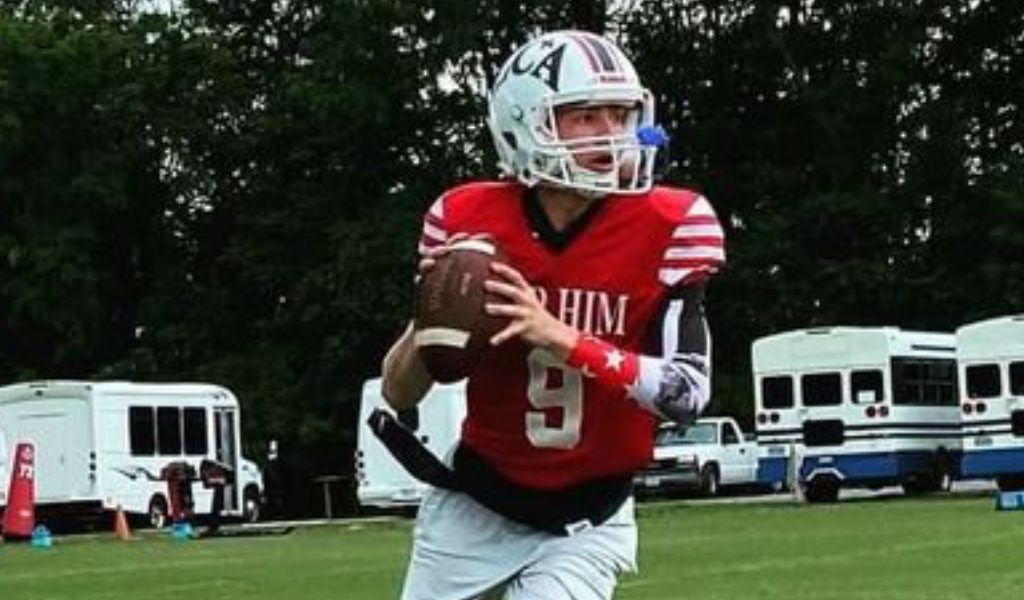 Class of 2025 quarterback Jeb Moon played his first year of high school football at the junior varsity level this past season. Moon attends Liberty Christian Academy High School in Virginia. LCA is one of the top high schools in the state of Virginia and plays a very competitive schedule. Moon told Youth1 that the decision for him to attend LCA was attributed to reasons both on and off of the football field. “I like both the academics and athletics,” Moon said. “I think most of all, it’s the culture. I enjoy surrounding myself with Christ-like people to help me grow as a person."

Moon’s development as a football player started when he was five-years old. “I began watching football on tv at a young age,” Jeb said. “My dad and I used to throw the football around too.” He’s been playing the quarterback position ever since he started playing the sport. This past season, Moon played on Liberty Christian Academy’s junior varsity and varsity teams. He got playing time for the varsity team and says that it was beneficial to his development as a player.

“I think it will help a lot,” Moon said when asked about him getting experience at the varsity level. “It was a great learning experience. I could get in the game and get some reps. The pace of the game is different. I think it’ll help me in the next few seasons.”

During his first season of playing at the high school level, Moon felt himself getting better as a football player.  He helped lead the junior varsity team to a 7-0 record. "I watched the film and got better at understanding the defenses I was going up against. I also got better at putting the football where I needed to put it,” Moon said. He feels that he became better as a leader too. “I think I got more confident,” Moon said. “I feel like I’m more of a leader who shows by example. During the season, I was a little more confident. I became more vocal and would encourage the guys by picking them up whenever something happen. I tried to get them to keep their heads up.”