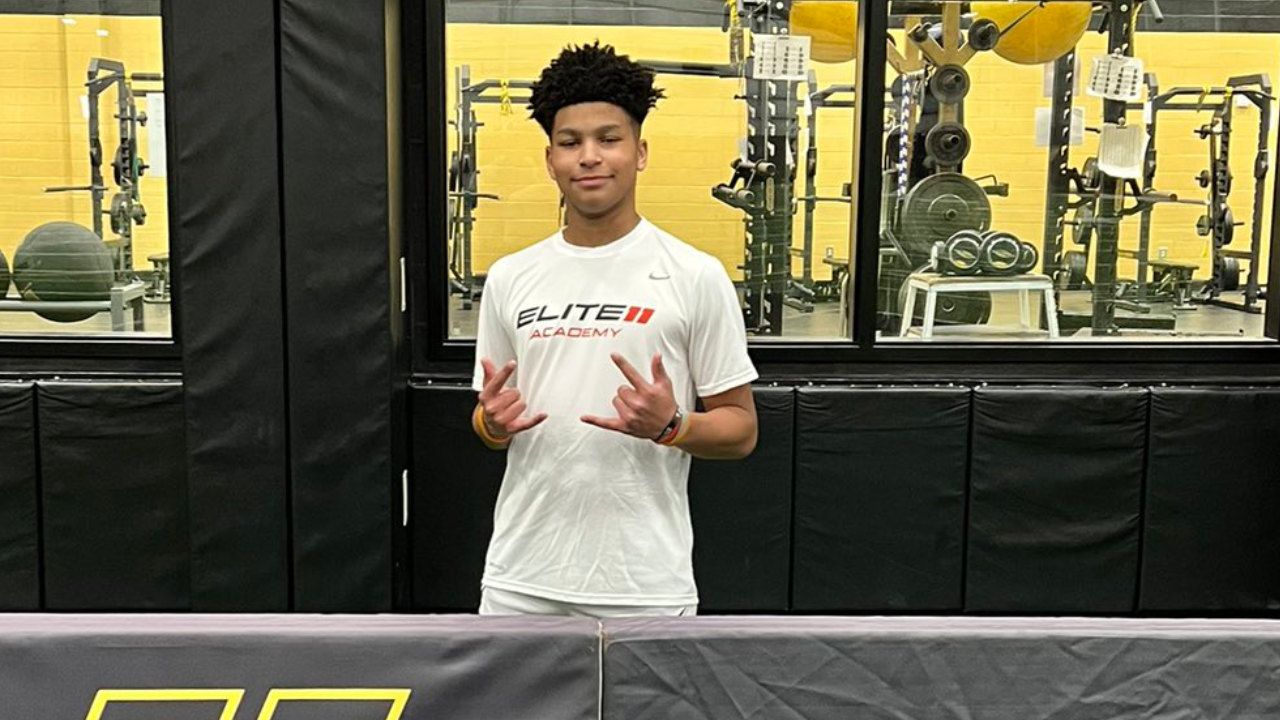 Stephen Gyermeh II showed a lot of improvement this past football season. Gyermeh, a 5-foot-11, 160-pound prospect out of Maryland, was recently named to the Youth1 NextUp Watchlist. The list spotlights rising talents around the country from the 7th grade. Gyermeh spent this past season playing for both the Walkdown Boyz and FBU Maryland Metro 7th Grade teams. He threw around 18 passing touchdowns while playing for FBU Maryland later in the season against tough competition. Gyermeh took his game to another level.

“I feel like my reaction time definitely improved,” Gyermeh said when asked what areas he improved in from his first to his last games from this past season. “That’s something that I keep trying to improve upon each and every season.”

Gyermeh’s time with FBU Maryland tested him as a leader and as a player. He saw it as an opportunity to see where he was at as a player and to show people that Maryland has great football players too. FBU Maryland played in a regional tournament against teams comprised from players from other states.

“It was great,” Gyermeh told Youth1.com when asked how it felt to compete against other highly talented players. “It’s always good to be able to test yourself and see if you can compete against some of the top players in the country.” When asked about the difference in competition level between playing for the Walkdown Boyz and FBU Metro Gyermeh said, “Everything’s faster. The game moves at such a quicker pace. Eventually, you get used to it. It (the higher level of competition) helps you learn to speed up how fast and how hard you play the game.”

Gyermeh told Youth1.com in a previous interview that he feels that his football IQ and leadership skills are his strengths. There was a game during the FBU tournament that tested him in that area. Gyermeh was able encourage his teammates to keep their heads up and come back from being down a few touchdowns. “You have to be able to step up in when it’s crunch-time,” Gyermeh said when asked about what makes a good leader. “You have to set a good example to everyone, and you can’t falter at all.”

Since the end of the season, Gyermeh has worked on different aspects of his game. He trains with quarterback coach Aaron Campbell of Respect & Honor Academy. “He’s helped me with my mechanics and accuracy,” Gyermeh said when asked how he’s improved while training with Coach Campbell over the past couple of years. He also plays basketball to help him improve his conditioning.

“It helps me with my speed and endurance,” Gyermeh said when asked how playing basketball helps him as a football player. “It can really help you in late-game situations.”

Gyermeh’s self-motivation to become the best player he can be has helped him earn a spot on the Youth1 NextUp Watch List. Not only does he want to put Maryland on the map, Gyermeh wants to make sure his name is remembered too.

“I want to be able to represent and make a name for my family.”