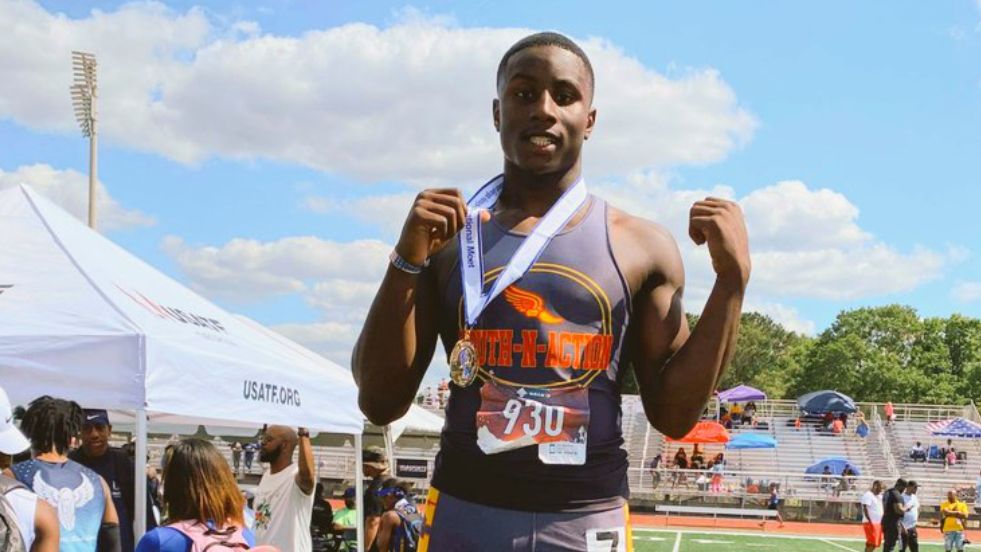 For the most part, it’s hard for natural running backs to stand out during 7v7. Most of the time, the passes they receive are of the short variety and don’t end up being huge gains. However, there are times where running backs are able to truly showcase their ability as a pass-catcher during 7v7. Anthony Rogers, a Youth1 Freshman450 prospect from Pike Road, Alabama, was able to shine brightly at The SHOW by NextGen back in June. Rogers, who is listed at 5-8, 180 pounds, was one of the top players in the Platinum Division on a team (Blast) that ultimately won the championship. Despite not winning MVP honors (that went to another Freshman450 athlete), Rogers did enough to standout among a talented group of athletes. He displayed speed, quickness, hands, good sportsmanship and big-play capabilities throughout the weekend.

During the month of August, Rogers received offers from Georgia, Western Kentucky, and Alabama State. After a strong start to his freshman year of high school football, Rogers received offers from Auburn (Sep. 12), Penn State (Sep. 22), and Arkansas (Oct. 29). Rogers has done a lot this season on the football field for his Pike Road High School football team to justify the early attention he’s getting from colleges. Rogers is the second-leading rusher on a team that is currently 12-0 and still competing in the state playoffs.

Rogers has rushed 67 times for 714 yards (10.7 ypc.) and 10 touchdowns so far this season. He’s posted four games of 100-plus rushing yards this season. Roger’s receiving statistics don’t surprise me considering what I saw from him at The Show. He’s caught 14 passes for 377 yards (26.9 ypc.) and six touchdowns. Rogers has also returned 12 kicks for 537 yards (44.8 ypc.) and three touchdowns.

Rogers’ quickness out of the block and the second-gear that he displays is on an elite level. The first two plays of his highlights are kickoff returns for touchdowns that showcase his ability to accelerate quickly and reach top speed in a hurry. Combine that with his patience and vision, and that makes him a dangerous kick-returner. From a receiving standpoint, he’s lined up in the slot and on the outside. Either way, he’s a mismatch for whomever is trying to guard him. That was also the case when I saw him at The Show earlier this year.

Of course, Rogers is being recruited as a running back and his best highlights showcase him running the football. Whether it’s out of the traditional running formation or wildcat formation, Rogers makes things happen when the football is in his hands. He may not be the biggest, but he runs with authority, hits the hole fast, can run past people, and is elusive. Rogers is a home-run hitter and is quick to find acceleration after slowing his feet. His get-away burst to the outside makes him hard to contain in the backfield. Rogers is also a strong inside runner who shows that he has breakaway burst to rip past the second level on plays designed to go inside the tackle box.

Youth1 will keep an eye on Rogers as his team continues it’s run in the state playoffs.