Among the rising talents in the nation is 2028 DL Kingston Brown, who is putting in the work to chase his football dreams.

Brown shines bright on the defensive side of the ball with his ability as a Defensive Tackle and Defensive End. Perhaps most impressive is the aggressiveness and relentlessness that Brown plays with. He hunts down the ball with vigor.

"Getting the sack," Brown said when asked his favorite part of playing football.

"I would have to say my strengths are my "get off" and my ability to find the ball and stop the play," he added about his strengths. 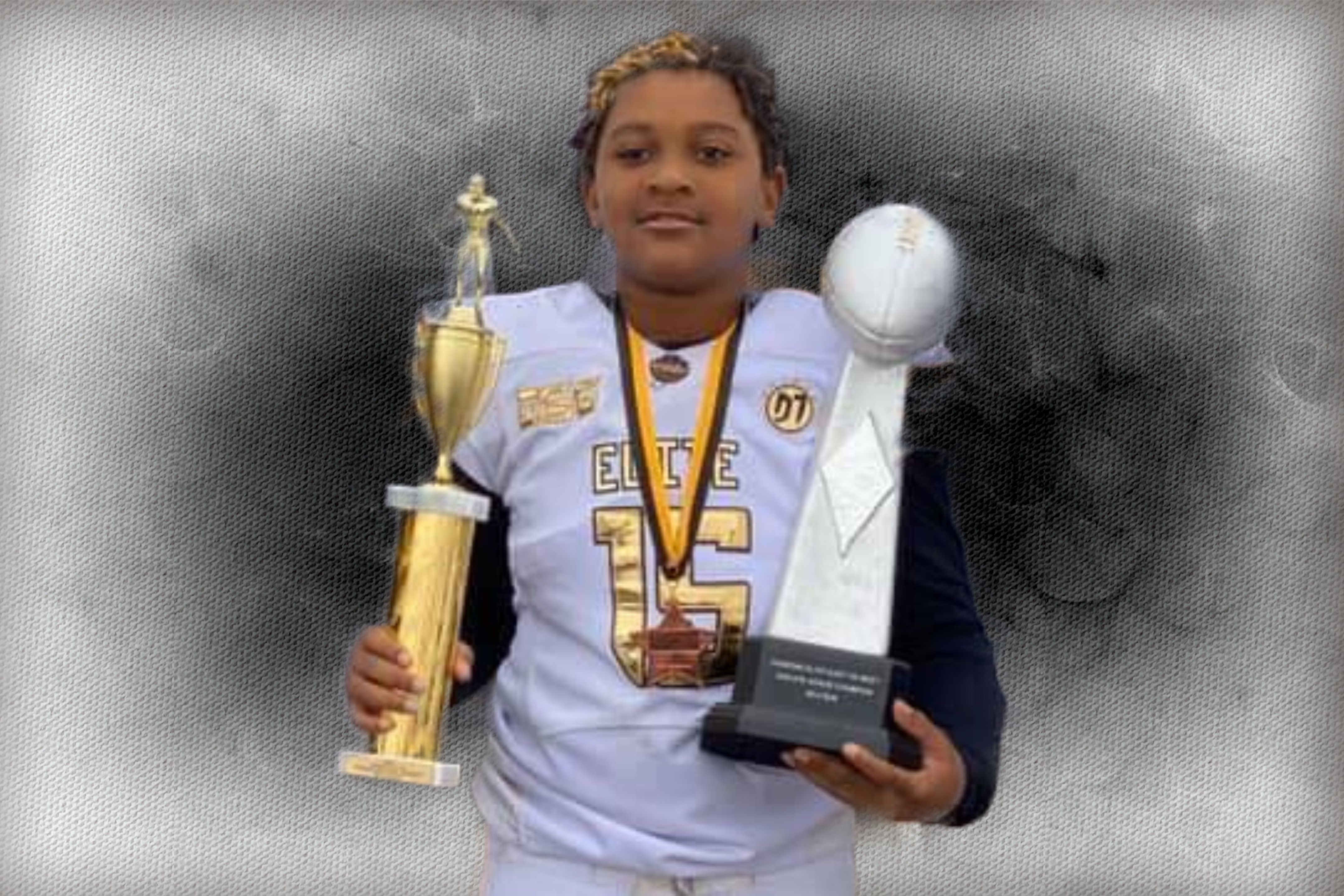 Standing at 5'2" 136 lbs., Brown prides himself on his ability to disrupt the offense. Once the ball is snapped, Brown is using his strength and aggressiveness to ruin the offense's chances of making a play.

"I get to be aggressive and fight my way through some big guys to get to the prize, the QB," Brown said.

"Watching the QB run when he sees me coming and then getting that sack. It's no other feeling like it," he added.

Brown has the talent to make his mark as he continues to grow and progress.

"I have been playing football since I was 5. I feel that I am definitely getting better and better each year and it shows in my game film," Brown said.

The Columbus, GA native says he doesn't model his game after any one player, but there are a couple NFL players he likes a lot.

"I like Aaron Donald and JJ Watt," Brown said.

"I like both of them because they are both aggressive players. Also, their hand technique is top notch! They will keep fighting until the play ends."

With his standout ability on the football field, Brown is working his way onto people's radar as a rising talent to lookout for. He's even taken home an MVP award at a recent Diamond event.

"Biggest achievement to start off 2020 was being selected 4th grade Lineman MVP in the Diamond Sports Group East vs West Coast games in Vegas this past January," Brown said.

"It really meant a lot to me because I was playing with a great group of talented kids, and we had awesome coaches that really motivated me to get out there and show out," he added

Brown is dedicated to the game and is working to become the best player he can be. He's identified some areas of his game he plans on improving to take his game to the next level.

"Better use of my hands, getting off the double team, and increasing my speed are what I am focusing on right now," he said.

2028 DL Kingston Brown is one of the nation's budding young talents. With his love for the game and his dedication to his craft, he's a young man to keep an eye on going forward.

For more on Kingston Brown, check out his Youth Player Profile. 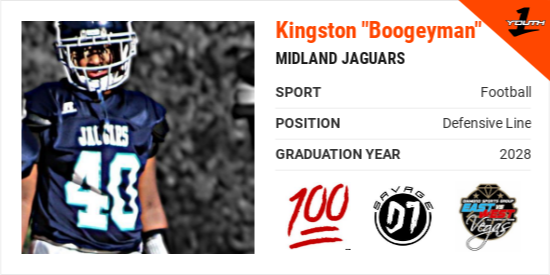