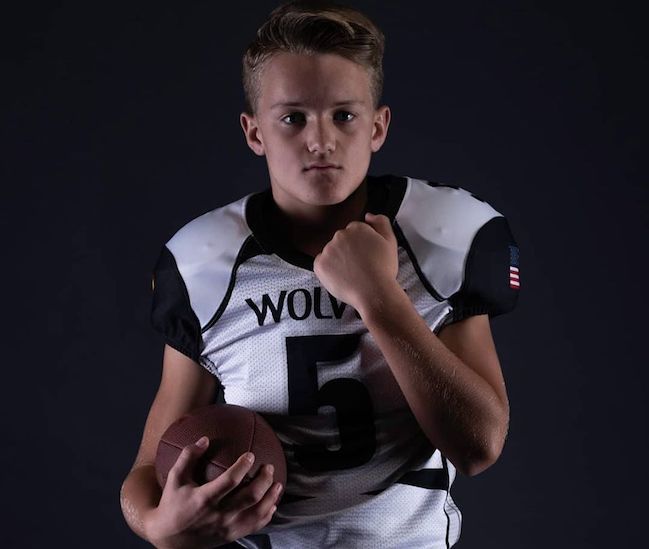 Thomas Doxtader is one of the best players from the Kingman, AZ area in the Class of 2026.

The 5-foot-5, 125-pound Doxtader, who attends White Cliffs Middle School, is a dynamic player that works as a safety. 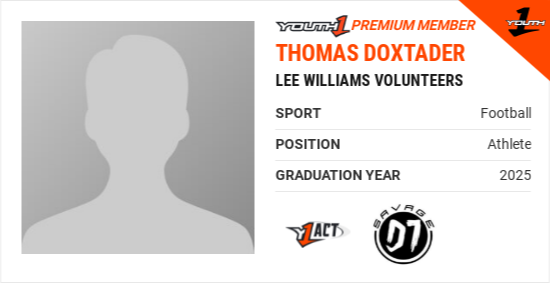 Doxtader has earned plenty of recognition during his career, such as:

Offensive Player of the Year

Defensive Player of the Year

Doxtader is humbled by the accolades.

“It makes me feel proud. It's been a lot of work. I went from playing second string OL/DL to being noticed at safety (and other positions) for these big events.  Makes me hungry for more,” Doxtader said. “It was fun to play against some of the best competition in the nation.  They also give me a good look at what my competition in the future will look like.”

No matter the opponent, every game Doxtader is determined to give it his all.

Doxtader is going all out.

The motor is always at full throttle whenever Doxtader steps between the lines.

“My mindset is to just be the baddest man on the field,” Doxtader said. “Don't let anything go through you.”

Doxtader has great passion and energy whenever he’s on the field. Doxtader tells why he enjoys the game of football so much.

Doxtader has learned many valuable lessons from playing football that he applies to his everyday life.

“I’ve learned you get what you work for,” Doxtader said. “Hard work pays off.”

Doxtader takes his role as one of the leaders on the team very seriously. Doxtader makes sure he’s a daily positive influence on his peers.

“I'm not a big rah-rah guy, but I like to think I lead with my tempo and what I do and say between the whistles,” Doxtader said.

Doxtader is appreciative of having amazing male role models that are supportive.

“They taught me about accountability, learning and remembering my assignments, doing my job, being dependable, and that results in me being accountable at school and at home,” Doxtader said. “The best advice they give is to control what I can control.  Don't worry about what I can't. Keep a good mindset and don't let one bad play ruin the whole game for you.”

Doxtader patterns his mentality after this late athlete.

“I look up to Pat Tillman,” Doxtader said. “He was a great man who worked his whole life to become a professional football player, but sacrificed it all to fight for his own beliefs.”

Doxtader lists math as his favorite subject in school.

“It’s always come naturally to me and I'll use it on just about any career path I take,” Doxtader said.

“I’m interested in whichever team is in need of the best safety in the nation at the time,” Doxtader said. “Hopefully ASU, Stanford, or LSU.”

“I do a lot of workouts, but my favorite thing I do every day is play Ray Lewis's 52 Card Game where every card represents the amount of reps of a different exercise and I switch those up depending on what I need to work on,” Doxtader said.

Doxtader is striving for greatness in all that he does.

“I’d like to play for Bishop Gorman,” Doxtader said. “They have a football program that gets players ready for the next level. I've been going there for camps and workouts since I was 8 years old.”

Doxtader describes what he believes separates himself from the pack.

“The work that I put in outside of a team practice,” Doxtader said. “Not only do I workout, but I am also always trying to up my football IQ. I'm always willing to work.”