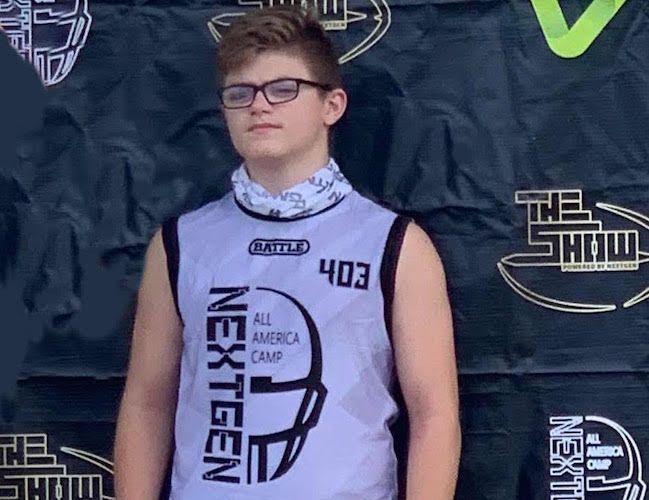 Rion Gordon is one of the best players from the Clinton, SC area in the Class of 2025.

The 5-foot-7, 171-pound Gordon, who is homeschooled, is an imposing player that works as a defensive tackle. 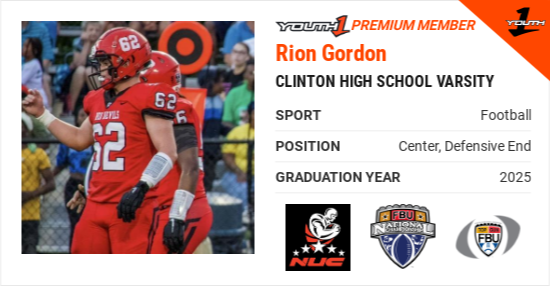 Gordon has earned plenty of recognition during his career, such as:

Gordon is humbled by the accolades.

“Being selected for these awards and events shows that all my hard work and effort really pays off. It also gives me more motivation to better myself,” Gordon said. “I know it will be an amazing experience.”

No matter the opponent, every game Gordon is determined to give it his all.

Gordon is going all out.

The motor is always at full throttle whenever Gordon steps between the lines.

“My mindset is to have an intense focus on getting to the ball carrier,” Gordon said.

Gordon has great passion and energy whenever he’s on the field. Gordon tells why he enjoys the game of football so much.

“What I love most about playing is the excitement of competing,” Gordon said.

Gordon has learned many valuable lessons from playing football that he applies to his everyday life.

“Playing football has taught me how to fight through adversity, overcome obstacles on the field and in life,” Gordon said.

“One of my favorite memories was from 2017. We were playing the Georgialina Ducks from the AYF. It was the greatest game I have played,” Gordon said. “I finished with 6 sacks, 2 forced fumbles, and one recovery.”

Gordon takes his role as one of the leaders on the team very seriously. Gordon makes sure he’s a daily positive influence on his peers.

“I always have my teammates’ back. I try to keep encouraging them and helping them when I can,” Gordon said. “The best advice I give is to never give up.

Gordon is appreciative of having amazing male role models that are supportive.

“I’ve learned from my coaches to always give 110 percent whether on the field or in life, treat others with respect and to be a good leader you must also be a good listener,” Gordon said. “The best advice I’ve gotten is to be coachable in all aspects of life.”

Gordon patterns his mentality after this rising pro.

“Christian Wilkins is who I look up to the most,” Gordon said. “When I attended Clemson youth camp, I met Christian and he gave me so much encouragement and positive feedback. He took time with me to make sure my techniques were on point. He was and is a great role model.”

Gordon lists math as his favorite subject in school.

“Numbers are easy for me,” Gordon said. “I like to see if I can figure out the problem in my head before having to write it down.”

“I weight lift and practice my techniques to etch them into muscle memory,” Gordon said. “I also take dance classes such as ballet, jazz, contemporary, hip-hop, and I compete in tap and clogging.”

Gordon is striving for greatness in all that he does.

“I want to be a 5-star recruit, start on the varsity as a freshman and be at the top of my academic class,” Gordon said.

Gordon describes what he believes separates himself from the pack.

“Some of the things that set me apart from other athletes are that I always put my heart into what I do. I go into my practices, games, competitions, and any other life events with the mindset that I am going to give it my all and not leave anything to chance,” Gordon said. “I am there not only for myself but my team. I am there to ensure I leave everything on the field and leave nothing left to carry my team to the end.”