2024’s Jason Ridges Jr. is one of New Jersey’s brightest running back prospects

2024’s Jason Ridges Jr. is one of New Jersey’s brightest running back prospects 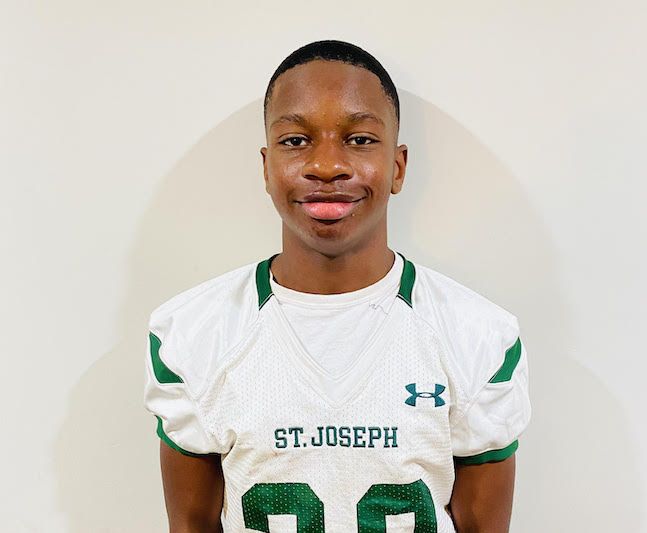 Jason Ridges Jr. is one of the best players from the Metuchen, NJ area in the Class of 2024.

The 5-foot-7, 150-pound Ridges Jr., who attends Saint Joseph, is a dynamic player that works as a running back and cornerback. 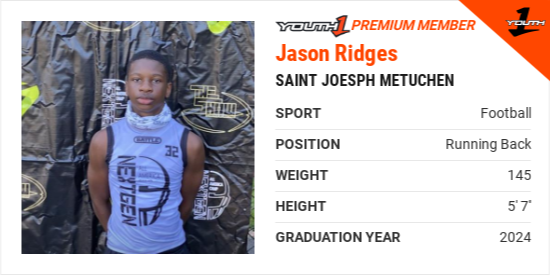 Ridges Jr. has earned plenty of recognition during his career, such as being the 2019 Offensive Player Of The Year in the Metuchen Spring League.

Ridges Jr. is humbled by the accolade.

“It meant a lot. It showed me that hard work and dedication to the game paid off for me,” Ridges Jr. “That league helped me get ready for high school. They allowed me to work on my RB skills.”

No matter the opponent, every game Ridges Jr. is determined to give it his all.

Ridges Jr. is going all out.

The motor is always at full throttle whenever Ridges Jr. steps between the lines.

“My mindset is to be the best running back in New Jersey,” Ridges Jr. said. “I have tunnel vision when I'm out there. I can’t let no one stop me from my goal.”

Ridges Jr. has great passion and energy whenever he’s on the field. Ridges Jr. tells why he enjoys the game of football so much.

“The energy, the crowd, and I love being physical,” Ridges Jr. said. “I just love the sport.”

Ridges Jr. has learned many valuable lessons from playing football that he applies to his everyday life.

“Football has taught me that you can have ups and downs and the amount of work you put in can determine your results,” Ridges Jr. said. “We all can’t win it all but it's the fight you have in you that matters the most.”

“My old team in Brooklyn, the Brooklyn Titans, were going up against a much bigger team. Our parents were on the sideline protesting the other team,” Ridges Jr. said. “We went out there and won that game.”

Ridges Jr. takes his role as one of the leaders on the team very seriously. Ridges Jr. makes sure he’s a daily positive influence on his peers.

“I demonstrate being a good teammate by working hard, and having group workouts. Me and my teammates communicate a lot which helps a lot,” Ridges Jr. said. “I always look to help my teammates out by encouraging them to finish strong. They do the same for me if I was lacking. I want us to win and by staying focused and finishing strong is important to that.”

Ridges Jr. is appreciative of having amazing male role models that are supportive.

“My coaches always tell me that being a better player is being able to be coachable. I was silly when I first started football. Now I see the goal and bigger picture. That made me become a better person and player,” Ridges Jr. said. “The best advice they give is to move on to the next play after something didn’t go right. I don’t hold my head, we just move on.”

Ridges Jr. patterns his mentality after these standouts.

Ridges Jr. lists biology as his favorite subject in school.

“My top interests are Clemson, Rutgers, and Oregon,” Ridges said.

“I jump rope and it helps me on my toes,” Ridges Jr. said.

Ridges Jr. is striving for greatness in all that he does.

“For high school I want to lead the state in TDs and yards and to win a state title,” Ridges Jr. said. “And the most highest goal is to get a college offer.”

Ridges Jr. describes what he believes separates himself from the pack.

“My personality is fun and my attitude is to go get it,” Ridges Jr. said. “I want to win but I also like to have fun.” 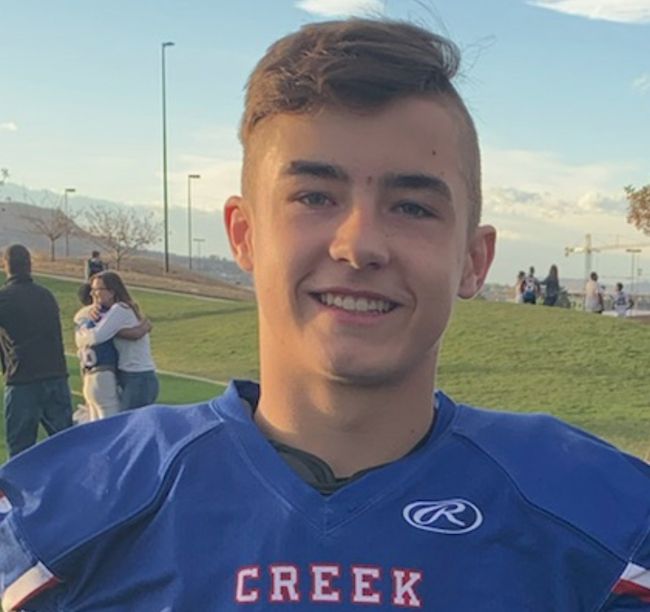 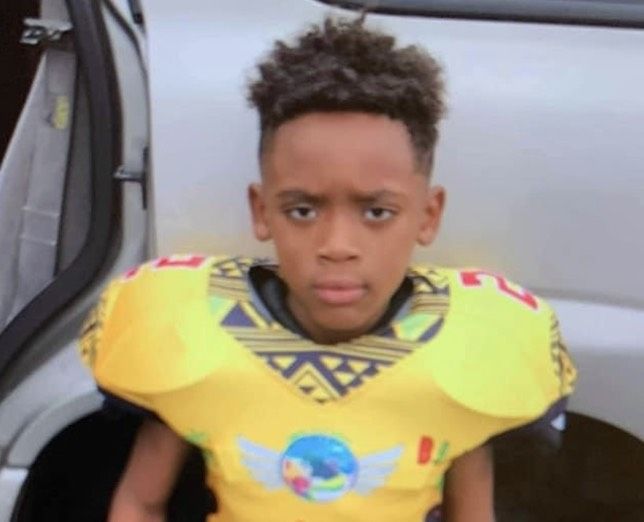 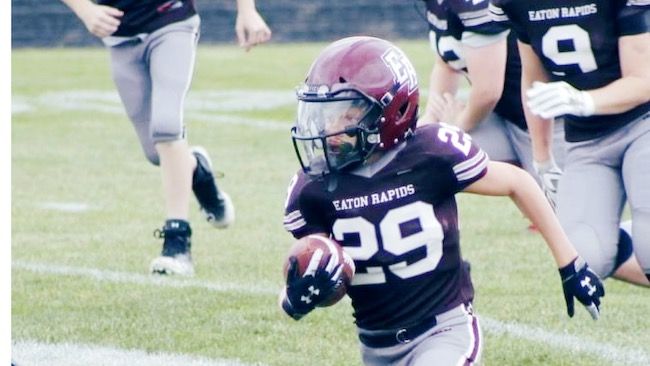