Harrison Bailey, a 7th grade (class of 2020) quarterback who has been invited to numerous All-American games, has decided to play in the Eastbay Youth All-American Bowl. 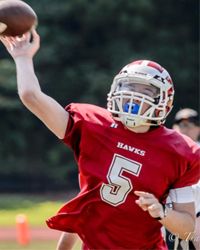 The game, which takes place on Dec. 20, in Naples, Florida, features some of the best 7th and 8th grade football players in the country.

“It’s a great honor to just be selected to a game like Eastbay. That they view me in such a manner means all the hard work and dedication to the game I love is paying off,” Bailey, a Powder Spring, Georgia resident said. “To play with some of the best talent is a huge building block for me.”

Since 2012, this is the fifth All-American game invite for Bailey. The invites have flowed to him for good reason as he has put up astonishing numbers at the youth level. For his 2014 season as the Hillgrove Hawks quarterback, Bailey threw for 1,700 passing yards for 26 touchdowns and ran for another 210 yards along with three rushing touchdowns.

Bailey, however, is quick to complement his teammates.

“The team I play for has some really good football players on it from o-line to WR to our defense,” Bailey said. “It is a blessing to be a part of the Hillgrove Middle School program.”

An honor roll student in the classroom, Bailey does not model his game after anyone player in particular. He does, though, enjoy watching Peyton Manning, Tom Brady and Tim Tebow when he was playing. 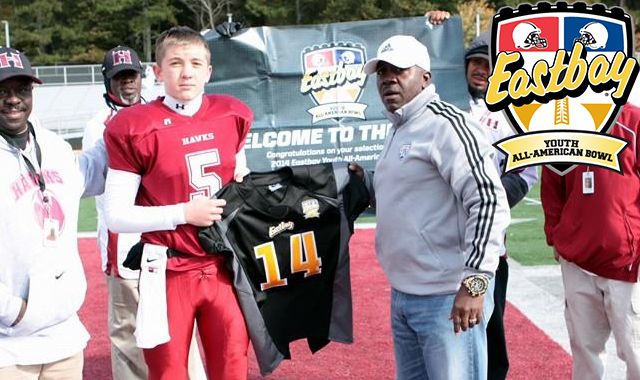 Besides his all-american game invitations, the 6’1”, 175 pound Bailey was the Football University Top Gun Quarterback award winner as well as the National Underclassmen Combine Quarterback MVP.

Bailey—whose father and brother play(ed) college basketball—will try to replicate the same success on the football field that his family members have had on the basketball court in high school.

“Our high school (Hillgrove High School) has some of the best coaches in the state and I can’t wait to learn from them in two years,” Bailey said.

Before high school, though, Bailey still has an entire 8th grade season and the Eastbay Youth All-American Bowl.

“I look forward to competing with the best players in the country to see what I need to work on,” Bailey said. “Also I would like to make some new friends that I will be seeing for years to come.”