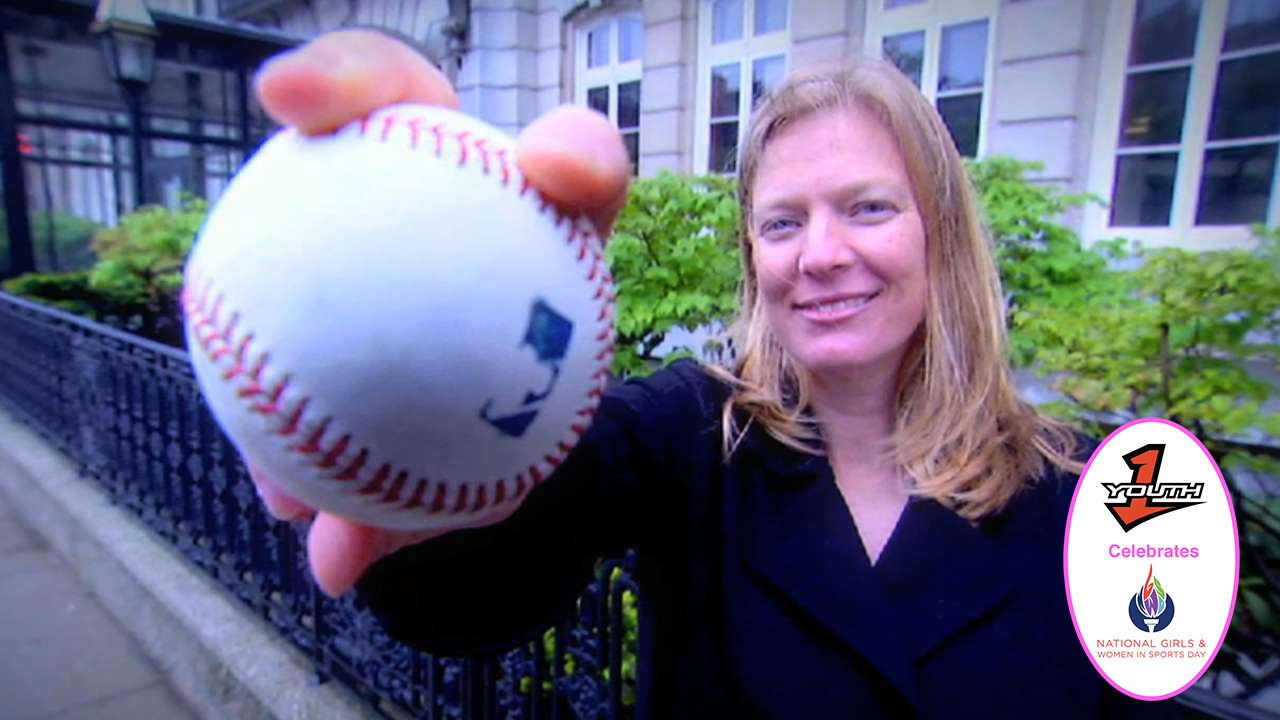 Justine Siegal has been breaking barriers and being a pioneer for in baseball for a number of years. Baseball for All, which offers nationwide tournaments and opportunities for girls in baseball, is yet another example of the achievements she’s made. And it’s all worth it when the girls start playing ball at the nonprofit she founded.

“Seeing the girls smile and play hard,” she said, “and playing with girls who love the game as much as they do—that’s why we do the work.”

As a young girl, despite one of her coaches telling her that she didn't belong in baseball because it is "a man's sport," she kept playing. Then, she reached high school, playing third base and pitching for the varsity team. Siegal then coached a gold medal-winning team in the Women's Baseball World Cup.

A lifelong baseball fan and staunch believer that girls can also play the game, she formed the first all-girls team to compete nationally against boys, the Sparks. The team became the subject of the documentary Girls of Summer when the Sparks played in the Dreams Park tournament in Cooperstown, N.Y. The idea that girls should be given the opportunity to play baseball eventually led Siegal on the path to creating Baseball for All.

Siegal’s education made her tailor-made for a future in the sport she loves. She holds a degree from St. Olaf College with a concentration in “Leadership: Religion, Military and Baseball” and a master's degree in sports studies from Kent State. She then earned a Ph.D. in sport and exercise psychology from Springfield College, where she also was an assistant coach for its baseball team.

In 2009, she became the first female coach of a professional men's baseball team―coaching first base for the Brockton Rox of independent Canadian-American Association.

Then, she made news nationwide in 2011 when she became the first woman to throw batting practice for an MLB team, the Cleveland Indians, during spring training. She has also thrown batting practice to the Oakland Athletics, Tampa Bay Rays, St. Louis Cardinals, Houston Astros and New York Mets.

“Everything that’s worth it took hard work and perseverance,” Siegal said.

In 2015, Siegal was hired by the Oakland Athletics for a two-week coaching stint in its instructional league in Arizona, becoming the first female coach employed by an MLB team. Her A’s jersey is now hanging in the National Baseball Hall of Fame because of this. “What an honor!” she tweeted.

Since then, she’s had had additional coaching stints, which included being a mental-skills coach for Israel at the World Baseball Classic qualifier (“It was phenomenal,” she recalled).

Baseball for All players know Siegal for her accomplishments, which she sees as a positive.

“Most are aware,” she said. “If my past achievements help build a better future for these girls, that’s what it’s all about.”

Growing up, there weren’t many female role models for Siegel, but that’s changed for the girls of today, since she is considered one.

“It’s a real honor to be a role model—all of my role models were men,” she noted. “I didn’t have one that I could say, ‘That could be me one day.’”

Baseball for All is now having multiple events around the country, and it has had a substantial, positive effect on its players.

“I’ve had parents who said it was a transformative experience for their daughters,” Siegal said. “I’ve had many parents say that their daughters are still playing baseball. It’s a good chance [for girls] to play and know they’re not alone.”