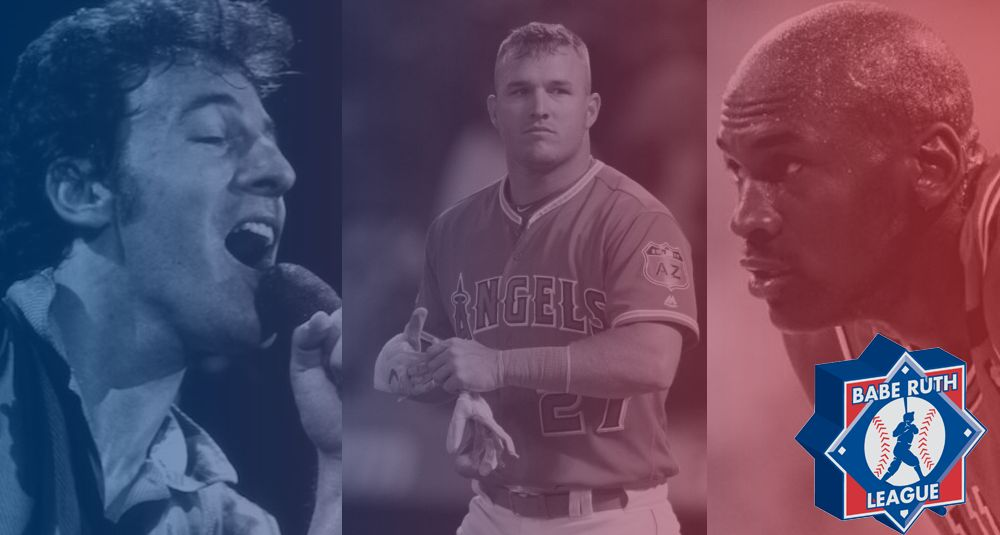 The Babe Ruth League has more than just top of the line competition. It has a legacy, stacked with famous alumni.

The list of Babe Ruth League alumni is seemingly endless, with numerous chapters across the country. Here are a few names you may recognize, along with the town chapters they played for: 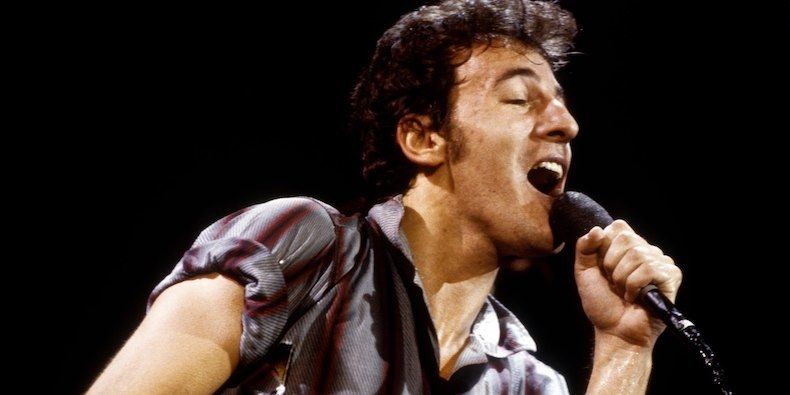 Rock & Roll Hall of Famer and music legend Bruce Springsteen was a member of the Babe Ruth League as a youngster in Freehold, N.J., playing for the Indians as a right fielder. His teammate, pitcher Joe DePugh, was immortalized in the song “Glory Days” on the 1985 Born in the USA album: “He could throw that speedball by you, make you look like a fool boy.”

DePugh’s identity (and Bruce’s outfield position) was confirmed in a 2011 The New York Times article. And it can’t be a coincidence that the song “Blinded by the Light” from his debut 1973 album, Greetings from Asbury Park, N.J., contained the line “Indians in the summer.” 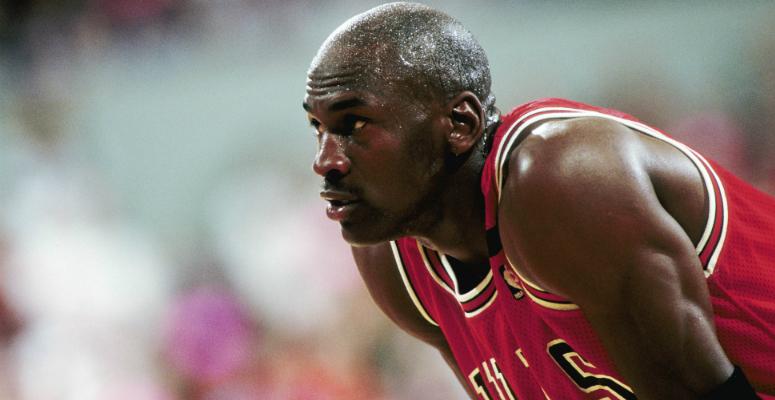 There are also former Babe Ruth League players who gained stardom through other sports. When Michael Jordan played in the Wilmington, N.C. League, the NBA Hall of Famer experienced one of his most memorable moments. In his book, The Jordan Rules, he wrote, “Even now, when people talk about my greatest thrill being the shot against Georgetown to win the NCAA title, I still think to myself that my greatest accomplishment really is the Most Valuable Player Award I got when my Babe Ruth League team won the state baseball championship.” 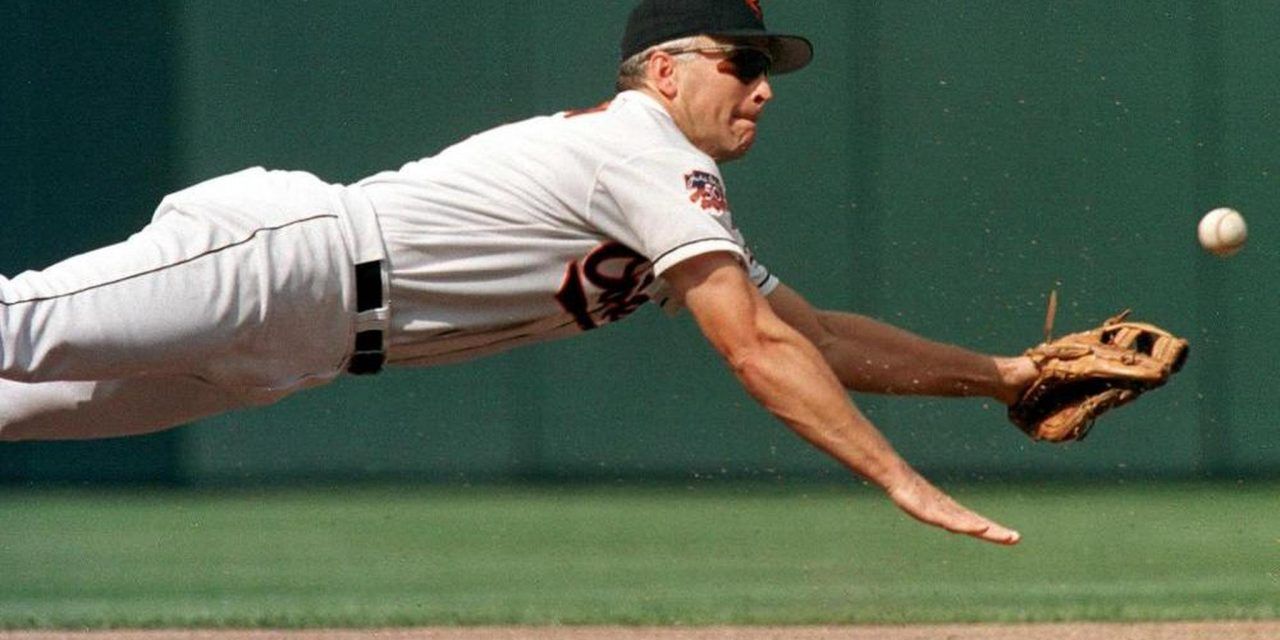 And of course, there’s the “Iron Man” himself: Hall of Famer Cal Ripken Jr., who played in the Aberdeen (Md.) Babe Ruth League. His combination of skill, strength and inner drive during his long, distinguished career, along with his continuing commitment in growing the love of baseball from a grassroots level, led the Babe Ruth League to renaming its Bambino Division to the Cal Ripken Baseball Division. It’s a fitting tribute, since Ripken exemplified the League’s aspirations of effort, teamwork and sportsmanship. 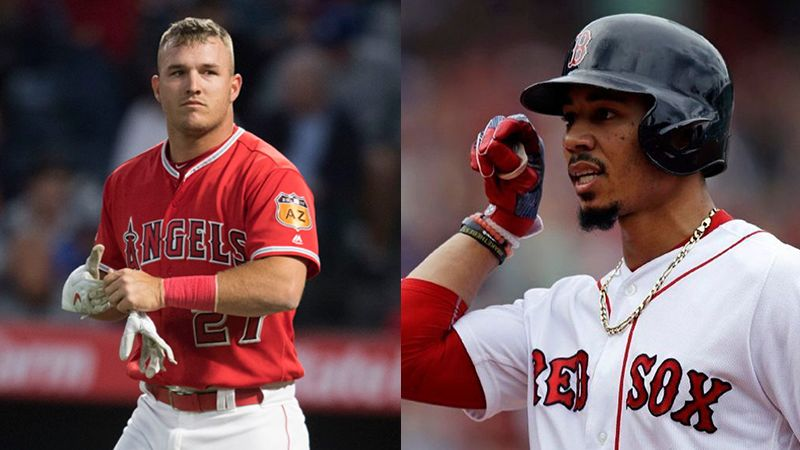 There are also some girls who played Babe Ruth League baseball and softball, then eventually achieved success when they grew up. Lilly Jacobson splayed baseball in the Reno, Nev. chapter and went on to play for the U.S. Women’s national baseball team. She helped the team win the gold medal at the 2006 Women’s World Cup in Taipei, Taiwan. She later played for the New England Women’s Red Sox. Jenna Kubesch-Raizes is an alum of the Texas TriCounties Babe Ruth Softball League, and the first player to win back-to-back Most Outstanding Player Awards at a Babe Ruth World Series. She is now the vice president and assistant general manager for the minor league baseball team the New Hampshire Fisher Cats.

This rich history of the Babe Ruth League is chronicled by their Alumni Association, who act as ambassadors for the game.

The Babe Ruth League Alumni Association was formed with big goals in mind: It strives to give every child the opportunity to play baseball or softball while providing them with valuable life lessons to be successful in life, both on and off the field. It also gives former Babe Ruth League players an opportunity to can stay connected with teammates from their playing days and assist the kids of today.

The nonprofit does this by supporting special initiatives, programs and projects that advance the general well-being of the kids, helping them meet the challenges of adolescence and adulthood, as well as encouraging their drive for personal excellence and achievement. This is done in part by donor-designated causes, such as scholarships/endowments. It also assists players, teams and leagues that wouldn’t be able to participate due to lack of funding or catastrophic loss, such as a fire, disastrous weather or vandalism. All of this is driven by the organization’s love of the game and seeing the kids experience the same thing.

One former player truly loves the game, and he went on to become the Alumni Association Advisory Board chairman: Mark Watkins, who played in the Terre Haute, Ind., Babe Ruth League from 1971 to ’73. As an adult he went on to coach his son from 1990-97.

”I decided to start coaching and got involved again,” he said.

In ’97, he was elected Southern Indiana State Commissioner, a position he held until being elected to the Babe Ruth League board of directors. In 2015, he stepped down from the board to become the chairman.

“I never looked back—it was the greatest decision by far,” he said. “We all have a passion—the Babe Ruth League.”

Watkins’ love of the game and the organization is shared by his fellow board members.

“They are 80, 90 years old―they’ve been doing it for 50 years,” he said. “I call them ‘lifers’―they do it because they love the game, as well as the friendships across the country. You meet people from all walks of life and all over the country―from North Dakota to New Jersey.”

“Meeting people and reconnecting with a former teammate is a big part of what it means to be a member,” he continued. “It’s great to see those folks. Outside of [watching] the kids playing, that’s the best part of being of a volunteer, no doubt. I reconnected with the kids I played with; that’s another piece of the group. We want to continue to grow on.”

As for the League to continue growing, Watkins also stressed that the Alumni Association and the League are comprised of volunteer-driven individuals and groups, something that he asserts is vitally important.

“The greatest strength of the program is the volunteers,” he noted. “The heroes are at the local level—if you don’t have volunteers, you don’t have a program. These people work their tails off. It’s what’s what makes Babe Ruth League special.

“I encourage people to volunteer for the League, their community and the opportunity to meet other people,” Watkins added. “We’re out here for the kids. That’s the beauty of it.”

Watkins has fond memories of his time playing for the Babe Ruth League and wants the organization to grow so other youngsters have the same experience.

“I remember those guys because they made a difference to me,” he said. “They were teachers―and volunteers. None of us are getting rich [doing this], but we do it for the kids,” Watkins said. “That’s the end result for us.”

So when you join the Alumni Association or volunteer for the Babe Ruth League, you’re not just enabling boys and girls play a sport they love, you’re helping them build lifelong memories and more.

“It all goes back to the volunteers and the local community,” Mark Watkins declared. “It’s the experience of playing the game and life lessons; they make it happen.”

And if history is any indication, some of this year’s participants will go on to change the world.