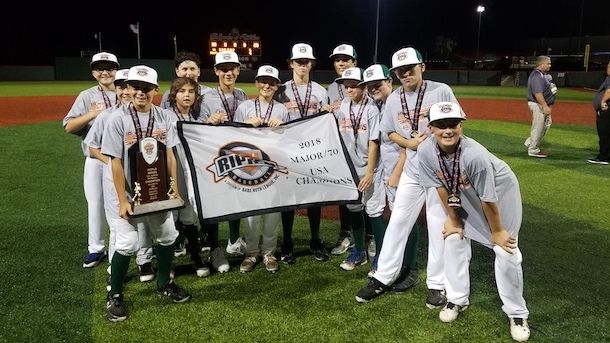 Both teams were undefeated and dominating their opponents heading into the matchup.

The first inning would set the tone for this game in what would be an exciting matchup until the very last out. Virginia struck first scoring three runs in the top of the inning; they didn’t hit the ball exceptionally hard but put pressure on Mid Atlantic simply by putting the ball in play.

Mid Atlantic countered with a big inning of their own, after a sacrifice fly and a RBI single from Eric Griffin made the score 3-2 it was Ernie Hankerson Jr. who struck the big blow for Mid Atlantic. Hankerson Jr. hit a monster home run over the left field fence giving his team a 4-3 and forcing a pitching change for Virginia.

After a chaotic first inning both team’s pitchers settled in and found a rhythm. Eric Griffin who struggled a bit in the first inning for Mid Atlantic found the strike zone and retired the Virginia lineup in order in three consecutive innings.

For Virginia it was the combination of Eli Ranson and Lee Sowers who shut down Mid Atlantic. Ranson worked three innings of impressive relief while Sowers came in during the fifth inning and kept the lead at 4-3.

In the top of the sixth inning Virginia trailed 4-3 and was three outs away from elimination. Lee Sowers started the inning off with a single giving Virginia some hope and momentum. A throwing error would put runners on first and third with no outs with Luke Franko stepping up to the plate. Franko hit a deep fly ball to center field tying the game at 4, Virginia now seemed to have all of the momentum. Franko would steal second base putting himself in scoring position with only one out in the inning. Unfortunately for Mid Atlantic another throwing error would allow Franko to score from second and Virginia took a 5-4 lead. Mid Atlantic was able to keep the score at 5-4 with a chance to tie or walk it off in the bottom of the sixth.

Mid Atlantic did not go away without a fight, with one out in the inning Quentin Smith stepped up to the plate and hit a ball to deep left field that looked like it was gone, the ball hit off the top of the fence and was picked up by left fielder Cole Chizuk. Chizuk saw Smith running into second and fired a strike into second base catching Smith by a fraction of a second.

Lee Sowers would get the last out for Virginia securing a 5-4 victory and an American bracket championship for Team Virginia.

Virginia will play Japan in the World Championship game tonight at 7 P.M. 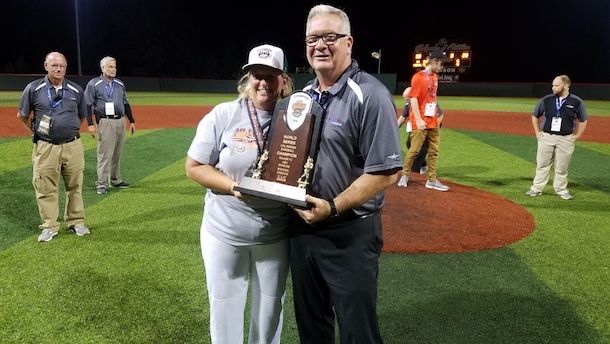