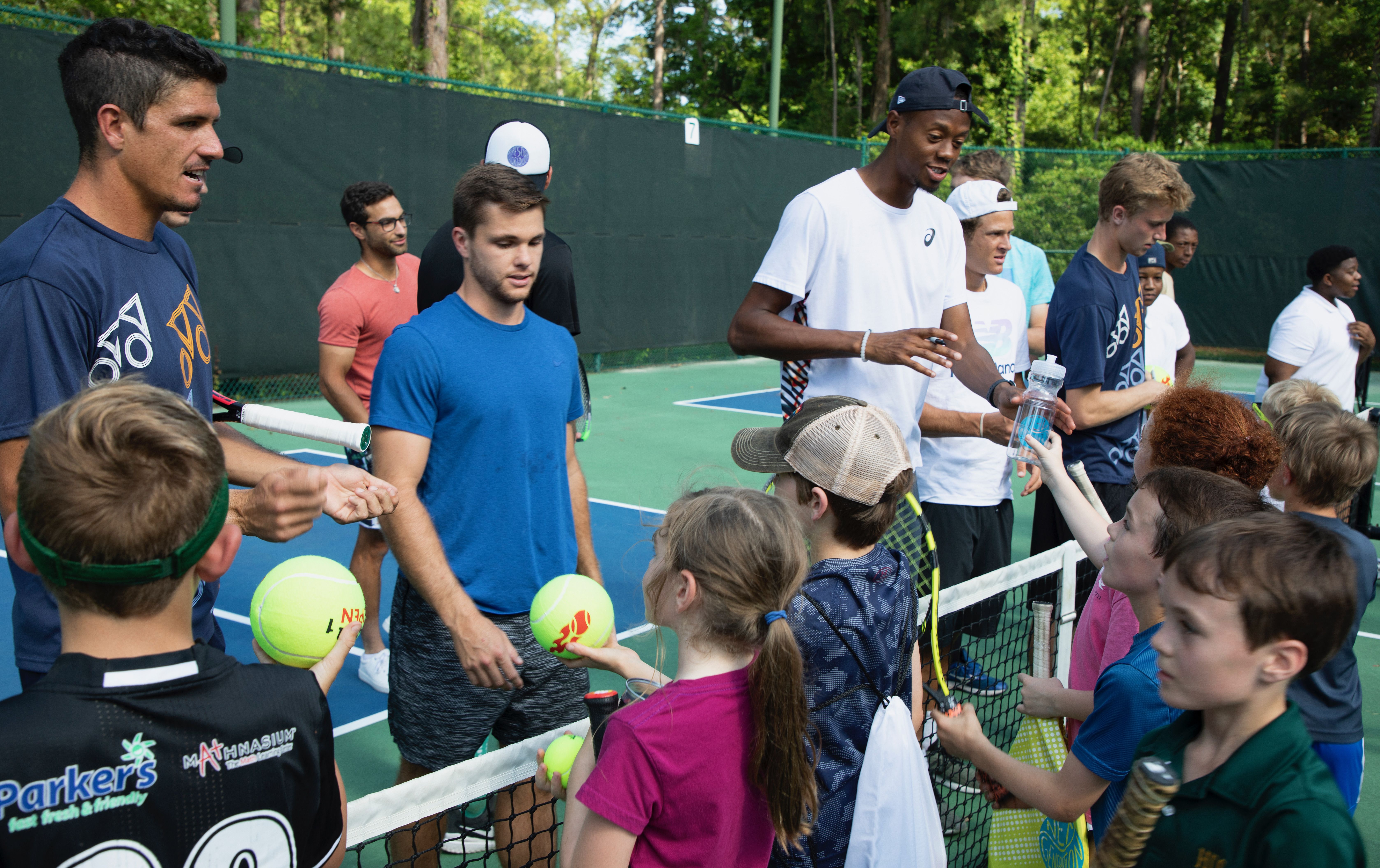 The Savannah Challenger is working its way toward being one of the most competitive tennis tournaments for athletes on the pro circuit. And while many of them were busy serving their best pass, a few stopped by the Kids Clinic in The Landings for a little game of Simon Says, the worm and more.

Anderson Reed, who is ranked as the No. 656 doubles player and pleased to be part of the USTA Pro Circuit Event in Savannah, Ga., couldn’t help but get in on the action. After breaking out into the shoot dance and belting his fancy moves, Reed spent time signing autographs and taking photos. Reed noted he saw himself in the youngsters as he was about their age when he picked up his first racquet.

“I around 5 or 6 years old,” said Reed. “I started playing in tournaments when I was 10. They are not worried about anything they are just having fun.”

Reed knows the significance of spending time with the sport’s next generation of pro players. So if he has a chance to mingle with youngsters, Reed jumps at the opportunity.

“I love being around the kids,” said Reed. “It makes it fun. We work and work and work out here – we don’t always have enough time to give back all the time so when we have a chance, I like to do it. I’m one of the players that is always signing up for this kind of stuff.”

The 28-year old athlete was ranked as the No. 1 high school prospect in Alabama and attended Florida State. Now he’s busy climbing up the doubles ranks.

“I’m from Daphne, Al and played in the South in the southern section,” said Reed. “Georgia was definitely in the section. I played a lot of people in Savannah and now I live in Florida where I train and play professionally.”

The program was led by tennis instructors who educated the kids on basic tennis skills such as serving within bounds, balance and hand and eye coordination. For more information about the tourney, visit savannahchallenger.com.